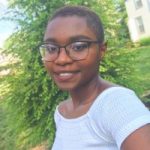 Zhara Edwards grew up in Cleveland and is a graduate of Euclid High School. During her high school career, she was both a High Honor Roll and Distinguished Honor Roll student and graduated with an Honors diploma. Her extracurricular activities included theatre, Key Club, National Honors Society, and the Art and French clubs. During her senior year, she was part of Teaching Cleveland, an organization that brought students from various high schools together to talk about the city’s history and what can be done for Cleveland in the future. They would often have guest speakers (a few from CWRU!).

At Case Western Reserve, Zhara intends to major in anthropology. Following the conclusion of her undergraduate career, she hopes to pursue a master’s and/or doctoral degree. On campus, she belongs to the Black Student Union, Sisterhood and African Student Association. She is also active in her community, as she works for Project STEP-UP, a community outreach program that sends tutors like herself into schools and libraries around Cleveland to help youth. She currently works with children 12 and under at the East Cleveland Public Library.

In her own words: “ESP was definitely a formative experience for me. Coming from a lower-income area and a less-than-perfect high school made me unsure of my ability to succeed at a prestigious, intimidating institution like CWRU. I saw it as a trial version of college; the fact that I made it through gave me more confidence in my ability to succeed. Having finished my first semester, I am proud of the work I put in during the summer and fall. This program was important in my growth as a student, and it is a necessary program for classes to come.” 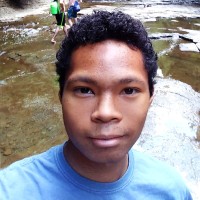 Junlong “Jun” Kwan grew up in Euclid, Ohio, and is a graduate of the Cleveland School of the Arts High School. At CSA, Jun was a member of the Phi Theta Kappa Honors Society and graduated within the top 5 of his class. In addition to completing an internship with NASA Glenn Research Center while in high school, he took part in the ACE (Architecture, Construction, Engineering) Mentor Program, a team comprised of students and employees from AECOM (an engineering company) who worked together to create a 3D model of a potential architecture project. Jun is also an accomplished composer of music. During his time at CSA, he was a member of CSA Composers, an extracurricular group in which students had the opportunity to learn musical composition and have their pieces performed at the New Works Festival competition. While in CSA Composers, Jun composed over 62 pieces and had two of them, “Paradox Reign” and “Turmoil,” performed.

At Case Western Reserve, Jun intends to major in computer science with a minor in Japanese. He is a member of Theta Chi fraternity, eSports club and Baja SAE Motorsports club and also hopes to be involved with Habitat for Humanity. After graduation, Jun hopes to pursue a career as a game developer and computer programmer, or in digital music composition.

In his own words: “You will hear this often: THANK YOU! Because of your generosity and philanthropy, this program provided me the means to take two courses at CWRU and get credits for it, as well as be compensated over the summer. ESP didn’t just give me free education, credits, and some money, however. I gained a sense of what college demands of me and what it means to be my own person. For if I did not go through ESP before attending CWRU in the fall, I surely would have been miserable and lost. And just when it seems I could not get anything more from the program, I acquired new friends and made acquaintances with faculty who made it so that I would not be alone in my efforts to stay academically successful.” 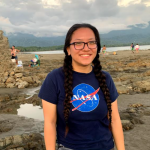 Lily Kwiatkowski is from Cleveland, Ohio and is pursuing a major in chemical biology on a pre-med track. She is a Joan C. Edwards Scholarship awardee. As a recipient of this prestigious scholarship, both her entire undergraduate tuition and cost of attendance at the Case School of Medicine is fully funded. As part of her academic focus, she has worked in the lab of Dr. James Reynolds at the Wolstein Research building on the campus of Case Western Reserve. There,  she participated in a clinical research project centered on the interaction between blood transfusions and a drug developed by the lab which facilitates oxygen uptake in red blood cells. Off campus, she is a member of the CWRU EMS (Emergency Medical Service) volunteer service. As a certified EMT, Lily accompanies regular staff in responding to patient care in both the CWRU community and surrounding areas, trains other students and receives additional EMT training.

On campus, Lily is a member of the CWRU Quidditch team and participates in the Case Camerata Chamber Orchestra. She is a member of the Dean’s List. Following the completion of her undergraduate career, she will head to medical school here at Case Western Reserve.

In her own words: “ESP is an invaluable program that truly allowed me to make a smooth transition into college. Arthur and Dr. Haynesworth have been amazing advisors, supporting me throughout the entire school year and providing me with necessary resources and advice I needed (even if it was hard for me to hear). I’ve grown as a person and a writer through my various conferences with Arthur and I’ve also gained crucial time management skills from Dr. Haynesworth that I use every day within and outside of college life. The program also provides the students with excellent teachers and speakers who pass on useful information and resources that has taught me how to study, reach out for help, and communicate effectively. I grew both academically and personally due to this amazing program and I found a community of friends that lasted the whole year.” 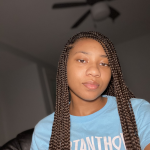 Maranda Priah grew up in East Cleveland and graduated from Shaw High School. She is pursuing a double major in psychology and sociology and contemplating a career in counseling. Since her time in high school, Maranda has actively been involved with Empowering Youth Exploring Justice (EYEJ), a nonprofit that seeks to amplify the voices of young people in Cleveland by ending the digital divide and increasing students’ access to resources and opportunities. You can see Maranda’s work as an EYEJ youth council member  here and here.

In her own words: “ESP is a program I’m glad I had the opportunity to participate in. It has given me the room to comfortably adjust to college life. It has also taught me how important time management is.” 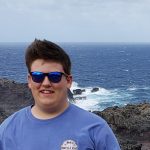 Angelo Rini-Bearden is a graduate of the Design Lab Early College High School in Cleveland. During his high school career, he was a High Honor Roll student and captain of his school’s FIRST Robotics Competition team. As captain, he helped lead his team to win the industrial design award for the competition.

In his own words: “ESP is an amazing program and provides an amazing amount of support to its students and alumni.”

Ken Schall is a graduate of the Cleveland School of Science and Medicine at John Hay. At CSSM, he was a member of the mock trial team and National Honor Society, and he achieved High Honor Roll status. He plans to major in philosophy and political science and minor in ethics while at Case Western Reserve. Outside of the classroom, he is a member of the CWRU Undergraduate Mock Trial team and is pursuing opportunities to intern at local law offices. In addition, he is a research assistant in the Department of Classics at CWRU where he is working on a project regarding ancient virtues in Greek writing. Ken is also the treasurer of the Case Western Reserve Society for Constitutional Policy.

After graduation, Ken plans on entering law school. His career aspirations include becoming a public defender or establishing a private practice.

In his own words: “Through the Emerging Scholars Program, I have been able to reach a preparation and success that I do not believe I could have reached otherwise.” 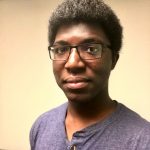 Jeremiah Ukwela is from Garfield Heights, Ohio, and graduated from Garfield Heights High School, where he was the salutatorian for his graduating class and an Honor Roll student. In addition, he achieved Ohio Music Education Association Solo and Ensemble ratings of 3 and 4. He was also involved in student council, National Honor Society, marching band, jazz band and concert band.

At Case Western Reserve, Jeremiah intends to major in biomedical engineering. Eventually, he hopes to pursue a master’s degree. Jeremiah is a member of CWRU Motorsports Baja and the Biomedical Engineering Society.

In his own words: “Without the support from the ESP program, I definitely would be in a much different place right now.”