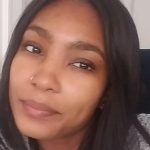 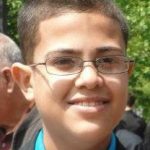 Wilmel Cosme (CWR ’18) is enrolled in the Pre-Professional Post-Baccalaureate Program at Cleveland State University. He is also a research associate in the lab of Professor Ann Harris, Department of Genetics and Genomic Science, CWRU School of Medicine. A graduate of St. Ignatius High School, Wilmel majored in biology and anthropology (with a concentration in medical anthropology) at Case Western Reserve. He is the director of the CWRU Latino Alumni Board, 2019-20. 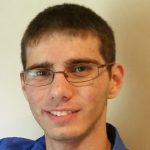 Nick Dikic (CWR ’18) is a second-year student in the College of Dentistry at The Ohio State University. He is a member of the professional dental fraternity Delta Sigma Delta. At Case Western Reserve, Nick graduated with a biology degree and a minor in accounting. During his undergraduate career, he held an internship with the U.S. Department of Agriculture, developing conservation plans for farmers in Northeast Ohio. Nick grew up in Medina, Ohio, where he attended Medina High School. He graduated in the top 5% of his class with a 4.1 GPA and was a member of the National Honor Society, Medina swim team, and Medina orchestra. Nick hopes to become a general dentist with his own practice one day.

In his own words: “I believe ESP is a great way to get in touch with former members that have gone out and started working in a specific field.” 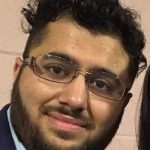 Suhib Jamal (CWR ’18), who graduated with a bachelor’s degree in biochemistry and minors in biology, chemistry and Arabic, is now enrolled at the CWRU School of Medicine as a Joan C. Edwards Scholar. He is also a member of the American Medical Student Association. In February of 2019, Suhib was part of a team which authored a medical journal publication titled “Regulation of microRNA Machinery and Development by Interspecies S-Nitrosylation.”  Suhib came to Case Western Reserve from the Cleveland School of Science and Medicine at John Hay, where he graduated as salutatorian and an AP scholar with distinction. During his first year of medical school, he returned to CSSM as a volunteer with the Robbins Bridge Program to help seniors write their college admissions essays. During his undergraduate years, Suhib was secretary of the Muslim Student Association and sang in the Men’s Glee Club.

In his own words: “ESP was key to helping me make connections on campus and understand what college might be like. As a first-generation college student and son of an immigrant, I did not have any family to lean on for support. With ESP, however, I had a new family of my peers and mentors who wanted to see me succeed. That feeling of support was fundamental to my success in my CWRU undergraduate career as well as my current medical school career. More than four years later, I still have that support to help me through medical school.” 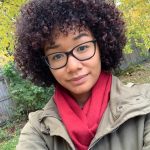 Eleanor Kilpatrick (CWR ’18), who graduated with a bachelor’s degree in psychology, is Investigations Coordinator at the Fair Housing Center for Rights and Research, a nonprofit organization in Cleveland, Ohio. In this role, she conducts investigations into and manages case work for victims of housing discrimination in Lorain and Cuyahoga counties, presents housing providers with fair housing rights information when advocating on behalf of clients and assists in the drafting of client and agency housing complaints to be filed with the Ohio Civil Rights Commission and Department of Housing and Urban Development. In addition, she administers complaint-based and systemic testing within the agency’s service area to reveal discriminatory practices and/or violations of fair housing law by local housing providers.

Her professional achievements include initiating a project for the Fair Housing Center focused on addressing criminal background as a barrier to housing and assisting in the creation of a letter template for persons with a criminal background to appeal denials from housing providers. This template was made available to the public and shared with fair housing agencies across the nation in June 2019.

In her own words: “ESP truly helps students establish a strong academic foundation which proved invaluable during my first year at Case Western Reserve. ESP also helped me to establish a strong support system of peers and mentors that I would often seek advice and assistance from throughout my undergraduate career.” 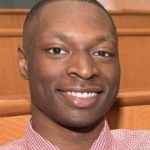 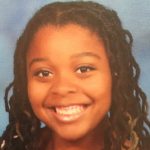 Dominique Owens (CWR ’18) earned a bachelor of science degree in computer science and now works for OverDrive, a global digital distributor of eBooks, audiobooks, streaming video, and periodicals for libraries and schools. A graduate of Shaker Heights High School, Dominique was a member of the Robotics Club at Case Western Reserve and made prototypes with Design for America. In addition, she engaged in several service activities during her college years. As a Spoken English Language Partner, she helped international students improve their conversational skills and adjust to American culture. Through Collegiate Connections, she was a peer mentor to first-year students from ESP; and through Project STEP-UP, she tutored high school students at the Cleveland School of Science and Medicine in math and English. 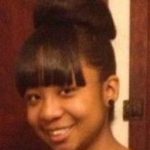 Destini Powell (CWR ’18) earned a bachelor’s degree in psychology, with minors in sociology and public health. She spent her first summer after graduation as an intern with Taft Stettinius & Hollister LLP and hopes to enter law school in Fall 2019. Destini came to Case Western Reserve from Lutheran High School East, where she was valedictorian of her class. During her undergraduate years, she gained research experience in the lab of Brooke Macnamara, assistant professor in the Department of Psychological Sciences. She also served as a Spoken English Language Partner, helping international students with their English and answering their questions about American culture, and she volunteered for Project STEP-UP, providing tutoring and mentoring to children in grades 2-6 in Cleveland public schools. 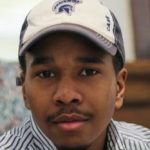 Kevin Smith (CWR ’18) is pursuing opportunities in journalism and law. Currently, he is an intern at Cleveland Magazine. Kevin grew up in East Cleveland, Ohio, but later moved to Twinsburg, graduating from Cuyahoga Valley Christian Academy in Cuyahoga Falls. At Case Western Reserve, he majored in sociology with a minor in English. His undergraduate honors included the Mark Lefton Award for Excellence in Sociological Studies, the James Dysart Magee Award to an outstanding senior student in Social and Behavioral Sciences, and the Robert C. Davis Award for demonstrated commitment to sociological studies. During his senior year, Kevin was the executive editor and publisher of The Observer, Case Western Reserve’s weekly student publication. Before assuming this role, he wrote for the opinion and sports sections of the paper. Kevin also worked for the communications office in the CWRU School of Medicine, helping to run its social media accounts. He has taught journalism at University School’s REACH Program, which is dedicated to encouraging gifted African-American male students to continue on the path to excellence.