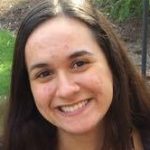 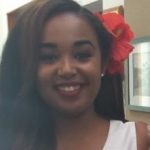 Tessa Askew is a Quality Control Lab Technician at Gabriel Performance Products. Her job responsibilities include testing raw materials, in-process samples and final products as well as conducting instrument preventative maintenance and safety checklist and lead emergency contacts. In March of 2020, she hopes to depart for Guatemala, where she will spend 27 months in the Peace Corps as a maternal and child health promoter. In this role, she will aid the local populations in improving care for expectant mothers, child nutrition and safe sex practices.

Tessa graduated from Case Western Reserve with a bachelor’s degree in biology. While at CWRU, she was a member of Project Sunshine, a student-run volunteer group that works with children at the Cleveland Clinic and UH, the Minority Association of Pre-Medical Students, a mentor through the Collegiate Connections program to incoming freshmen and a tutor to K-12 students at Church of the Covenant. Tessa was part of the last class at CWRU for the Summer Medical and Dental Education Program in the summer of 2017, and during the summer before her senior year, she was a research student at the Cleveland Clinic and the Louis Stokes Cleveland VA Medical Center, working in the urology lab of Dr. Margot Damaser. Her community involvement included being an animal volunteer at the Ashtabula Animal Protective League.

Tessa is from Ashtabula, Ohio, and graduated from Lakeside High School. She plans to become an Ob/Gyn, with a possible additional degree in public health, as well as a teacher. 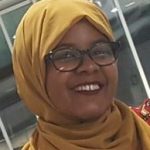 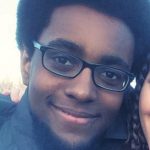 Miles Booker graduated with a bachelor’s degree in chemical engineering from Case Western Reserve and is now a systems engineer with Rovisys Building Technologies. He had completed two co-ops with the firm as an undergraduate. During his time at CWRU, Miles participated in many of the university’s activities and clubs, such as the campus-wide game Humans vs. Zombies, the Table Tennis Club, and the Case Engineers Council, as well as volunteering at Judson Park. Miles grew up in Mentor, Ohio, and graduated with honors from Mentor High School.

In his own words: “ESP helped me to graduate on time. By offering students the ability to earn college credits before the start of their first semester, it allows them more flexibility during their stressful freshman year, when they don’t yet know their career aspirations.” 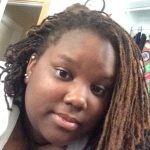 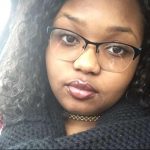 Oluchi (Oh-lu-chee) Onyeukwu (Own-you-coo) is a program intern and research assistant at the Prevention Research Center for Healthy Neighborhoods at Case Western Reserve University. In this capacity, she assists in the preparation, administration and analysis of surveys completed by high school students throughout the Cleveland Metropolitan School District as well as Cuyahoga County. She was featured in the 14th edition of Who’s Who in Black Cleveland and currently belongs to both the national and regional chapters of the Academy of Nutrition and Dietetics and Diversity Dietetics, a non-profit organization which seeks to increase diversity in the field of nutrition.

Oluchi completed her undergraduate degree in human nutrition and hopes to improve not only her life, but also the lives of others through health and wellness. Being of Nigerian heritage, Oluchi has been involved in CWRU’s African Students Association since her first year and served as its public relations chair. In this role, she actively worked to create a more diverse and inclusive atmosphere for underrepresented students. Oluchi was also a member and former treasurer of Cheza Nzuri, the university’s only African dance team, and a co-founder of The Sisterhood, which provides a community, a safe place, and a source of empowerment for Black women at CWRU. It is the first organization of its kind on campus, and Oluchi was elected as its president for 2018-19. For four years, Oluchi held a work study position as an office assistant at the CWRU School of Dental Medicine, where she interacted with patients and helped provide quality care to the CWRU and greater Cleveland community. During her junior year, she became a Jochum Moll Scholar, receiving financial support that allowed her to continue her undergraduate studies. As a senior, she became a research assistant in the Department of Nutrition. With the help of her project advisor and a fellow student, Oluchi placed second in the Fall 2018 SOURCE symposium and poster session.

Oluchi is a native Clevelander who graduated from the Cleveland School of Science and Medicine at John Hay.

In her own words: “Your donations to this program are truly appreciated and was very instrumental in my success at CWRU. I hope with your help more students will be able to participate in this program as theprogram grows in years to come. 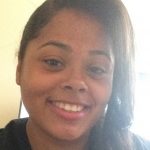 Thelma Pagan graduated from the Case Western Reserve Weatherhead School of Management in the fall of 2019, having majored in business management with a concentration in entrepreneurship and innovation and a minor in accounting. She works at Lids, where she is an Assistant Manager. While at CWRU, Thelma completed a business internship with the nonprofit organization EYEJ (Empowering Youth, Exploring Justice). In the spring of 2019, she was recognized for her academic achievements by being named to the Dean’s List.

In her own words: “ESP is awesome, and for some of us who live off campus, it gives us friends, who otherwise are hard to find when you do not stay on campus.” 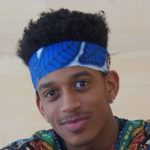 Arik Smith works as a software developer and consultant for ThoughtWorks, a technology firm based in Chicago. While earning his undergraduate degree in computer science at CWRU, Arik completed internships with American Greetings as an interactive developer intern and with Dominion Energy as a commercial operations intern.

As an undergraduate, Arik received numerous academic awards and recognitions, including a 2019 CWRU Outstanding Senior Award and 2019 Choose Ohio First Research Presentation Award, as well as a 2018 African American Resource Group Campus Leadership Award and a 2018 Stephanie Tubbs Jones Scholarship Award. In addition, he was a 2018 Office of Multicultural Affairs Unity Banquet Scholarship recipient and 2018 Dominion Energy Diversity Capstone award winner. At CWRU, Arik was an active member of the campus community, serving as president of the African American Society, president of the Undergraduate Diversity Collaborative and as public relations/telecommunications chair for the CWRU chapter of the National Society of Black Engineers.

Arik was born and raised in Cleveland, Ohio, where he graduated from Whitney Young Gifted and Talented Leadership Academy with an honors degree. During his high school years, he was a member of the Cleveland Metropolitan School District’s Student Advisory Committee, and he participated in the Polymer Envoys Chemical Engineering Program at Case Western Reserve, doing research under the mentorship of graduate students. He also played for his high school’s first varsity football team and went on to run for the school’s newly formed track team.

In his own words: “ESP was pivotal in providing both mentorship and preparation for a rigorous institution like Case Western Reserve University. As a first-gen college student and graduate of the Cleveland Metropolitan School District, I appreciated the mentors, financial support, and early preparation through summer classes, which provided me with the tools, motivation, and encouragement to fit in and excel throughout my undergraduate career at the level that was expected of me. I probably would not have made it through my freshman year without those resources at hand.” 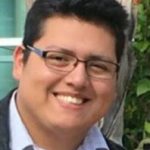