Yantze Arocho graduated summa cum laude from the Cleveland School of Science and Medicine (CSSM). While at the CSSM, he was involved in Health Professions Affinity Community (HPAC), an organization that encourages students to identify and address health disparities in their community. In this organization he created the group Scholarly Techniques for Testing, an HPAC group focused on helping high school students understand what to expect before they took the ACT their first time, along with Debate, an HPAC group focused on improving the self-esteem in high school students through debates and discussions. He was also a member of the FIRST Robotics Competition, where he had the opportunity to win the world championship in 2016,  Minds Matter, Ultimate Frisbee, National Honor Society, and Top 50. He intends to major in mechanical engineering. Eventually, he hopes to go to medical school and pursue a career in surgery.

Jazmin Diaz is from Cleveland, Ohio, and graduated from Saint Martin de Porres High School with honors. In high school, Jazmin was an active community volunteer through the campus ministry at her high school, as a mentor at her high school, and with the Boys and Girls Club.  While in high school, Jazmin completed a year long internship with the Greater Cleveland RTA and a two year long internships with Tucker Ellis LLP. In addition, she participated in the Ignatian Family Teach this past fall, where she learned about many different social justice issues in the country. She is intending to major in sociology and is on the pre-med track. Jazmin plans to attend medical school with hopes of becoming an anesthesiologist.

Xiao Lin graduated with honors from John Hay Early College High School, neighboring Case Western Reserve University campus. Through the program College Credit Plus, she was able to take College classes while in high school and she has earned over 40 college credit hours from Cleveland State University.

Shiqi Ma is a cognitive science major currently entering her third year at Case Western Reserve. She is a Dean’s List member. Before coming to CWRU, Shiqi graduated from Cleveland School of Architecture and Design at John Hay Campus as the valedictorian of the class of 2018. During her high school career, she participated in College Credit Plus and has accumulated college credit at Cuyahoga Community College as well as Cleveland State University.

In her own words: “I would like to wholeheartedly thank (ESP supporters) them for their efforts in making ESP possible for the opportunities given to students like myself.” 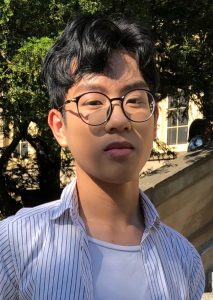 Having graduated from John Hay Cleveland School of Science and Medicine, a high school not too far from Case Western Reserve University, Steve Pham is currently a computer science major. With his high school being so close to CWRU, he was able to create connections through programs such as the Neurological and Cardiovascular Inquiry Seminar Series, ultimately broadening his perspective and leaving him open to new careers.

Joshua Phelps graduated Summa Cum Laude from the Cleveland School of Science and Medicine (CSSM) in 2018, and looks forward to pursuing a major in medical anthropology with a minor in biology and chemistry. He has been awarded the Joan C. Edwards scholarship, which fully covers undergraduate studies and medical school. During high school, he volunteered with HandsOn to help assist elderly living in an assisted living facility. He also worked as President of the Health Profession Pipeline Program which taught professional development skills to growing high school students, and connected them to the campus of Case Western Reserve University. As a form of educational enrichment, he worked as a researcher at Lakeside Hospital for two years, and most recently at the Cleveland Clinic Lerner Research Institute. At Cleveland Clinic he worked on his own project, as well as collaborated with others in his own lab, ultimately leading to his acknowledgement in a paper published in the Journal of Arteriosclerosis, Thrombosis, and Vascular Biology (ATVB). Through research he has gained a better grasp of his future endeavors after medical school; working in translational medicine as a cardiologist. Josh is a volunteer with Big Brothers Big Sisters at CWRU and is involved with mentoring local Cleveland students. Currently, he is working in the pathology department at CWRU on a code for creating a database on COVID-19. 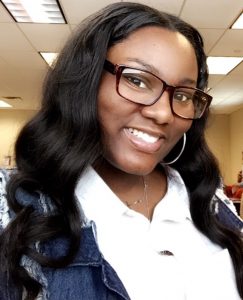 Jiara Sanders is a third-year student pursuing a major in sociology with a concentration in health, medicine and aging and a minor in gerontological studies and psychology. She is a Dean’s List High Honors member and Office of Multicultural Affairs Scholarship recipient. Jiara aspires to eventually become a medical social worker and thus hopes to go on to earn her master’s degree in Social Service Administration at CWRU under the Senior Year in Professional Studies program offered by the Mandel School of Applied Social Sciences. Jiara belongs to the Black Student Union, is Vice-President of The Sisterhood and is a member of the Undergraduate Diversity Collaborative. Outside of CWRU, she is involved with the March of Dimes for premature babies and is a volunteer with the McGregor Home and Greater Cleveland Foodbank.

Jiara grew up in Cleveland, Ohio and graduated from Shaw High School as valedictorian with an honors diploma. At Shaw, Jiara was a member of various programs and held leadership roles. She was president of the National Honor Society, Senior Class Secretary, a school ambassador, a member of the girls’ varsity soccer team, and a member of College Now’s Upward Bound Program. She was also an avid community volunteer. Jiara participated in the Provost Scholars Program at CWRU, a partnership between Case Western and the East Cleveland City School District. She held a position as a Leonard Gelfand research lab assistant for CWRU.

In her own words: “ESP is a great program that helped me quickly adjust my first year.” 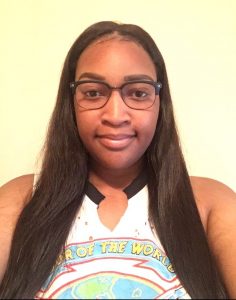 Tameyah Scott is a native Clevelander. She graduated salutatorian of her high school, Whitney M. Young. Tameyah intends to major in psychology at Case Western Reserve University. She is possibly minoring in business management, and American Sign Language. After earning her undergraduate education, Tameyah plans on going to Veterinary School, where she will earn her Doctorate in Veterinary Medicine. With this degree Tameyah will become a veterinarian and travel around the United States to work at different veterinary clinics. She plans to ultimately come back to Cleveland and open her own veterinary clinic. Throughout this journey Tameyah plans to speak to high schoolers in urban communities about college, and overcoming the hardships of life. 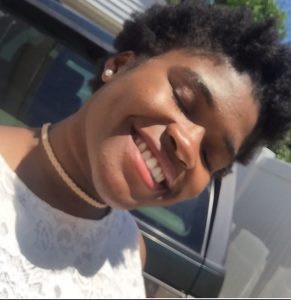 Tatu Wadesisi was born in the Democratic Republic of the Congo. When she was 5 years old, her family, under sponsorship by Catholic Charities, was relocated to the United States. Scared, and in a foreign country, Tatu and her family worked hard to build their new life. Though she had physically escaped the horrors of a war torn country, she was still haunted by those left behind. This is why Tatu is determined to make a difference in the world. However, she knows that she cannot fix everything. Her hope is that she can help in solving one thing. The lack of a reliable energy source in developing countries. Tatu hopes to major in chemical engineering. She believes the Emerging Scholars Program has brought her one step closer to her goal. Not only did ESP introduce her to the level of hard work case would demand, it connected her to the many opportunities that many incoming freshmen would not know about for years. Tatu is eternally grateful. 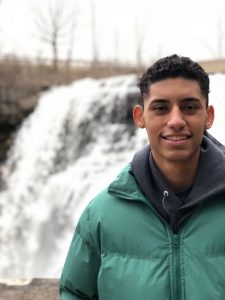 Eduardo Williams is a nutritional biochemistry and metabolism major on a pre-med track. Since beginning his undergraduate career at CWRU, he has been named to the Dean’s High Honors List, recognized as a Diligent Achievers With Needs Scholarship recipient and designated as one of CWRU’s Most Promising First Year Scholar-Researchers. He has also completed the Lideres Avanzando (Advancing Leaders) Program through Esperanza, Inc. In alignment with his future career plans to become a physician, this past summer Eduardo participated in the Cancer-focused Summer Undergraduate Research Program (CanSUR) and is currently undertaking research guidance on triple negative breast cancer (TNBC). On campus, Eduardo is current Vice-President of Civic Engagement for La Alianza, Student Relations Chair for the Academic Integrity Board and a member of the American Medical Student Association (AMSA) and Shadowing Case by Case. Away from CWRU, Eduardo volunteers at University Hospitals Seidman Cancer Center, Esperanza, Inc. and the Cleveland Kids Book Service Project.

Eduardo graduated with honors from the Cleveland School of Science and Medicine (CSSM) in 2018. He was born and raised in Puerto Rico, and moved to Cleveland a little over two years ago. Eduardo is characterized by his leadership and commitment to the community. While in Puerto Rico, he regularly donated clothes and toiletries to a women’s shelter near his house and volunteered in regional beach clean-ups. He was a member of the United Nations International Children’s Emergency Fund (UNICEF) club at his school, where he organized projects that helped people worldwide. In Cleveland, Eduardo volunteered at Cleveland Clinic Fairview Hospital, where he has completed over 130 hours of service, and North Olmsted Library Homework Center, where he has devoted 35 hours of service to tutoring children. At CSSM, Eduardo was a student ambassador, team leader of the Student Council Advisory Committee and leader of National Honor Society. In 2017, Eduardo participated in the Young Scientist Foundation Summer Research Program at Case Western Reserve University, where he did breast cancer research, and this fueled his eagerness to do research in the medical field. He enjoys spending quality time with family and friends, snorkeling, travelling, and long-boarding.

In his own words: “I want to thank you for your efforts in providing funding for the Emerging Scholars Program. ESP thoroughly prepared me on how to be successful in my first year of college and what things to expect in a private, predominantly white institution as a student from a disadvantaged ethnic group. Something I think that would have been extremely beneficial was if the program could have enough funding to provide ESP students with on campus housing for the time of the program. When I was a rising freshman, I wondered how living on campus, away from home, would be for my first year. Having that exposure in the summer I did ESP would have helped clear any doubts and concerns about living far away from home with a roommate. I believe that having this additional component to ESP, whether it is for the duration of the program or for a limited time, would enhance the learning outcomes and would give a more holistic view of college for students in the program. While this may be a difficult implementation to the program, I do believe it is something that can be achieved with appropriate resources.”