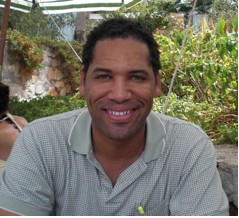 A protein known for helping cells withstand stress may also act as a switch that triggers free-swimming Schistosoma larvae to begin penetrating the skin and transforming into the parasitic flatworms that burden more than 240 million people worldwide with schistosomiasis.

The discovery, by a pair of researchers at Case Western Reserve University, is a step toward understanding the lifecycle of the parasites at the molecular level, once they enter the body. This knowledge could provide new targets for drug development to prevent rather than merely treat the disease.

The finding also opens the possibility that the protein — called heat shock protein 70, or Hsp70, common throughout the animal kingdom — may be used by other disease-causing parasites to invade humans.

“Normally, heat shock proteins play roles in individual cells to modulate proteins,” said Emmitt Jolly, associate professor of biology at Case Western Reserve and co-author of the study. “It’s the first time that we know of that it’s been shown Hsp70 can modulate the behavior of an entire organism. Not only that, it modulates its activity in terms of invading a host.”

Jolly and PhD student Kenji Ishida are trying to uncover the complicated lifecycle of the flatworms. Schistosomiasis, which slowly causes organ damage and failure, kills nearly 280,000 people a year, mostly in poor countries.

The primary drug used to treat the disease is praziquantil. “Praziquantil has been used for decades, and there’s concern for the development of resistance,” Ishida said. “Identifying new targets for new drug development is important to the infectious disease community.”

This research began when Jolly and Ishida made a surprising observation: The researchers saw that Hsf1, a transcription factor that activates the expression of heat shock proteins in a cell nucleus, is located in the glands Schistosoma use to secrete mucins and protease that help them break through the skin and invade a host.

Hsf1’s localization to the glands made no sense because the gland has no nucleus, where genes are turned on, Jolly said. So Ishida began looking further, at Hsf1 targets, including Hsp70.

In nature, the flatworm larvae, called cercariae, swim in fresh water, waiting for a signal to invade a host. The presence of signals such as skin lipids from a potential human host cause the cercariae to hone in on the host and penetrate the skin.

Before testing, the researchers believed that by blocking Hsp70 in the cercariae, the cercariae would die, Ishida said. “We know heat shock proteins play a role in helping cells cope with stress,” Ishida said. “There must be stress in the transition from living in cool, fresh water into a warm host’s salty blood.”

But, instead, they saw Hsp70 induced a change in the organism’s behavior, indicating the protein is likely a regulator of the molecular signaling pathway associated with invasion.

By treating cercariae with the Hsp70 modulator 2-phenylethynesulfonamide (PES), they initiated the process of cercarial honing and invasion in the absence of a host or skin lipids, linoleic acid and other host-specific substances known to stimulate honing and invasion.

Because Hsp70 is largely conserved, and is present, in fauna ranging from single-celled bacteria to fungi to animals, the researchers believe other parasites may also employ Hsp70 in their invasion process.

Jolly and Ishida are now trying to develop tools to study the genetics as well as the signaling pathways of Schistosoma immediately after they invade a host but before inflicting disease.

“If we can understand what’s going on inside, that would open up a world of possibilities for drug targets,” Jolly said. “This research is a step toward that.” 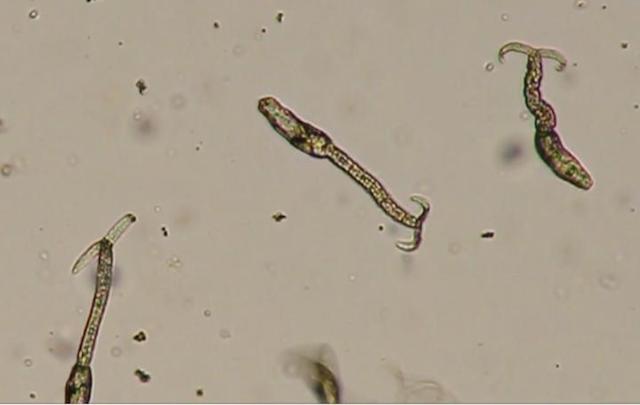 Materials provided by Case Western Reserve University. Note: Content may be edited for style and length.