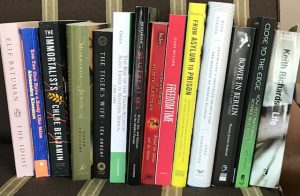 Looking for some new books to read this summer? Check out these books written by our faculty this year.

We asked our faculty to share what they’re reading right now. Take a look at their summer reading picks: