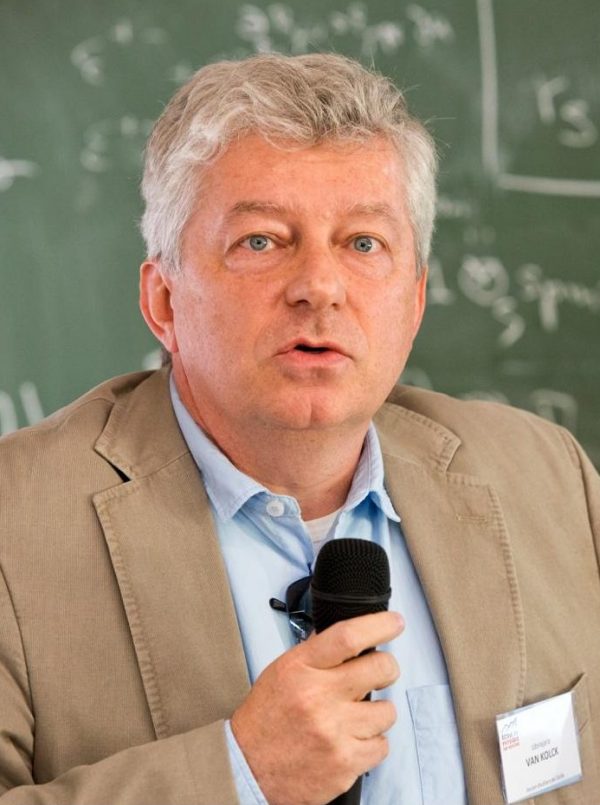 Ubirajara (Bira) van Kolck is Directeur de Recherche at France’s Centre National de la Recherche Scientifique and Professor of Physics at the University of Arizona. After receiving his Ph.D. in 1993 from the University of Texas at Austin under the supervision of S. Weinberg, he held postdoctoral appointments at the University of Washington and Caltech. He holds visiting positions at the University of Washington and the Universidade Estadual Paulista in Sao Paulo. He has been a Riken-BNL Research Center Fellow, a US Department of Energy Outstanding Junior Investigator, and an Alfred P. Sloan Research Fellow. He has served as chair of the APS Group on Few-Body Physics and as member of various advisory boards, for example at the Institute for Nuclear Theory in Seattle and at the European Centre for Theoretical Studies in Nuclear Physics and Related Areas in Trento. He was elected Fellow of the American Physical Society in 2004 and received the Prix Paul Langevin of the Societe Francaise de Physique in 2015. He has given more than 100 invited talks at international conferences and published over 90 scientific articles, Google Scholar attributing to him about 10000 citations and an h index of 48. His interests center on effective field theories and the emergence of nuclear physics from the Standard Model and its extensions.