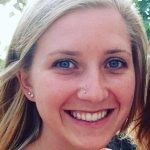 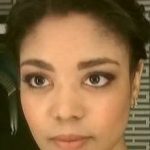 Alexandria Jackson is a costume and fashion designer who began her journey at Case Western Reserve University’s Eldred Theatre. In 2011, she started as a pre-medicine student at CWRU, but her passions impelled her to pursue a bachelor’s degree in theater. She soon spent most of her time in Eldred Theatre’s costume shop with Professor and Costume Designer Angelina Herin. Alex earned her first credit in a playbill for Eldred’s 2011 production of Top Girls, and every year until graduation, she worked under Professor Herin’s tutelage in Eldred’s costume shop. She became involved as a seamstress with more and more Eldred plays representing various time periods and themes, including Love’s Labours Lost (2011), The Rocky Horror Show (2012), The Crucible (2012), Dancing at Lughnasa (2012), Fifth of July(2013), Black Comedy (2013), Betty the Yeti (2013), and The Learned Ladies (2015). More opportunities emerged in Spring 2014 when Alex was admitted to the English art school Arts University Bournemouth. She expanded her knowledge in drawing, studio photography, couture pattern-cutting techniques, and other aspects of fashion in classes offered at AUB. Alex returned to Case Western and Eldred Theatre in Fall 2015 with new and polished skills. For her senior project, she chose to take a leadership position as co-costume designer for 25th Annual Putnam County Spelling Bee. She graduated in 2015 with a bachelor’s degree in theater (concentration in costume design) and a minor in French. After graduation, Alex worked at Jo-Ann Fabrics in the fabric department and worked on side projects in theater. She was the assistant to the costume designer for the Playhouse Square production of Kiss Me Kate in the Ohio Theatre. Alex later designed the costumes for First Baptist Church of Greater Cleveland’s production of Evita. She is now working as a seamstress at David’s Bridal in Lyndhurst and will be entering two fashion competitions in the upcoming year with a Kent State University School of Fashion professor. 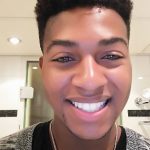 Samantha Lehnecker is a change management analyst for Accurate Group LLC, a real estate transaction firm headquartered in Independence, Ohio. Her position is distinctive (there are no other change management analysts at the firm) and requires her to wear many hats. Sam received her B.S. in finance from Case Western Reserve University in just three years and is currently earning her M.S. in construction management from Drexel University. After completing her master’s degree, she wants to pursue a career as a construction manager in the residential and soft commercial industries. She currently resides in Brunswick, Ohio, with her boyfriend, Paul. They love traveling and watching Cleveland sports! She can be contacted at lehnecker.sam@gmail.com.

Ali Mahmoud is a first-year medical student at the University of Toledo College of Medicine and Life Sciences. Prior to his acceptance to medical school, he worked as a pathology lab assistant at University Hospitals and as a medical scribe at MetroHealth in Cleveland.

He completed his undergraduate studies in biology at Case Western Reserve in 2015. During his undergraduate career, Ali was a representative on the Undergraduate Student Government, a mentor in the Horizons program, and a brother of Delta Tau Delta fraternity. After graduation, Ali worked as a technical service analyst at Epic Systems in Madison, Wisc. His responsibilities included supporting hospitals’ patient web portals. Specifically, he managed primary relationships with large hospitals to troubleshoot end-user issues and provided a range of technical solutions for Epic software.

Since returning to Ohio, Ali has been involved with Our Revolution, a political action organization which encourages Clevelanders to register to vote, among other initiatives. Ali spends his free time running, swimming, and watching the Cleveland Cavaliers. He can be reached at afm45@case.edu.

Joseph Mims (CWR ’15) is an OB/GYN resident at the University of California San Diego health system. In this position, he is involved in the basics of OB/GYN, such as management of normal labor, postpartum care, and outpatient office visits. In addition, he works closely with upper- level residents as well as attending physicians and gains teaching experience through his work with medical students on clerkship rotations and acting internships. Joseph is a graduate of the Case Western Reserve School of Medicine, where he received both the Senior Prize in Obstetrics, “Gift of Edwin C. Garvin, MD ” and the Alfred S. Maschke Award at his graduation commencement. The former prize is awarded to “a graduating student with the best theoretical and practical knowledge of obstetrics,” while the latter is awarded “to a graduating student who demonstrates excellence in the art and practice of medicine.” Prior to entering medical school, Joseph earned his B.A in psychology and M.A. in bioethics at Case Western Reserve. He is a member of Alpha Omega Alpha Society. In the summer of 2014, Joseph participated in a research project assessing slow deep breathing and its positive effect on cardiorespiratory coupling in humans. He attended nearby Aurora High School.

In his own words: “Emerging Scholars was very important to me during my transition from high school to college. The people I met during that time played a significant role in both my education and personal well-being. I always know that I have that support system in place. 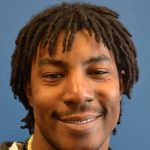 In his own words: “ESP prepared me well for the often- underestimated challenge of balancing a social life with an increasingly rigorous academic schedule. The program also fosters an immediate support system of not only peers, but also a group of faculty and staff that can be used as a resource through your four years of undergraduate work and beyond.” 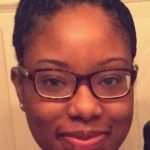 Amber Strickland (CWR ’15) is a clinical nurse at University Hospitals Seidman Cancer Center on a medical oncology and hematology unit. She is currently pursuing a master’s degree in nursing education at Case Western Reserve’s Frances Payne Bolton School of Nursing, where she earned her bachelor’s degree. As a student at CWRU, Amber appeared on the Dean’s High Honors List and was recognized for her academic excellence with an annual award. As vice president of the National Society of Collegiate Scholars, she led a program called Planning to Achieve Collegiate Excellence (PACE). PACE hosted March to College, an event at which students from the Cleveland Metropolitan School District were invited to visit CWRU, giving them the opportunity to experience life on campus and acquire a positive outlook on the college experience. Amber’s academic interests were anatomy and physiology, biology, the foundations of nursing, and obstetrics 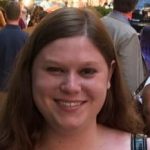