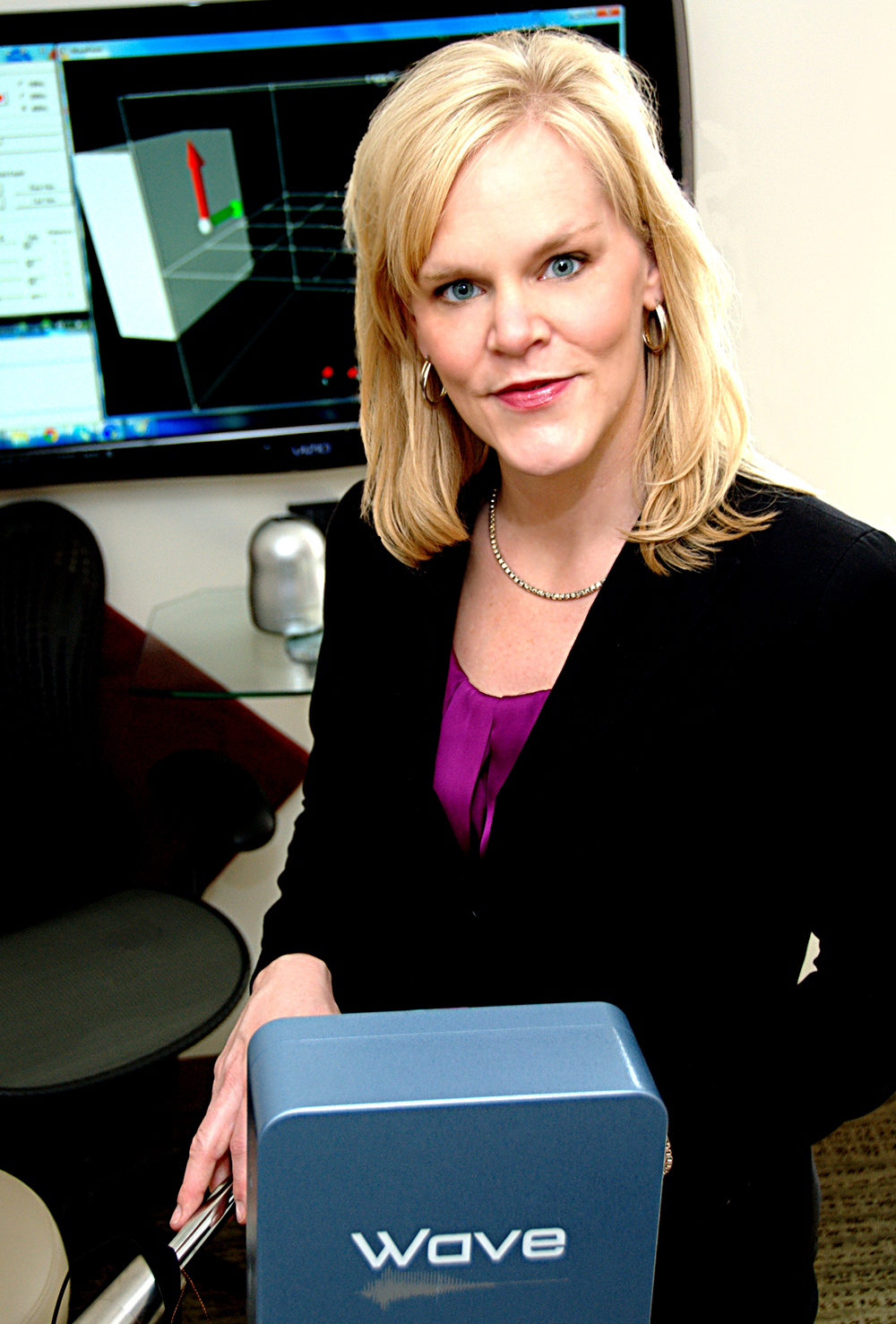 Jennell C. Vick, assistant professor of psychological sciences, is among the first faculty members at Case Western Reserve to receive a prestigious award from the Hartwell Foundation.

The three-year, $300,000 Hartwell Individual Biomedical Research Award will support Vick’s efforts to develop a treatment for severe speech disorders in children. Her project uses advanced technology to help both speech pathologists and their young patients see how the children move their tongues when they talk.

“The tongue is very well hidden by the lips and the cheeks, so helping a patient change patterns of tongue movement can be very challenging,” Vick explains. To get around this problem, she is creating computer software similar to the Nintendo Wii video game system.

“In this case, the child’s tongue movements will control the tongue movements of a 3-D animated character, who just happens to have a transparent head,” Vick explains. “The child and therapist will be able to see the goal movement for each speech sound being treated so that it is easy to see what adjustments the child needs to make to produce the sound correctly.”

The Hartwell Foundation’s Individual Biomedical Research Award goes to scientists whose early-stage, transformational work has not yet qualified for significant outside funding.

Carol Mann (FSM ’71) and Robert Mann (WRC ’73) have made a $500,000 gift to endow the position of child policy director for the Schubert Center for Child Studies. The director teaches courses in the undergraduate Childhood Studies Program, supervises students’ externships with child policy organizations, and collaborates with county, state and national partners to bridge research, practice, policy and education to improve child and adolescent well-being. Gabriella Celeste, the current child policy director, joined the Schubert Center in 2009.

“This generous gift from Robbie and Carol Mann will ensure that their vision of providing extraordinary experiences for undergraduates will thrive well into the future,” says Jill Korbin, associate dean and Schubert Center director. “The opportunities that the Manns have provided for undergraduate students, both domestically and abroad, have truly changed students’ lives.”

Since 1986, the alumni siblings have made a series of contributions to endow a fund supporting transformative experiences for students. From 1990 to 2000, the Mann Undergraduate Scholars in Anthropology and Pediatrics Program enabled students to study child health at Rainbow Babies and Children’s Hospital and then conduct research on health-related projects overseas. The Mann Child Policy Externships began in 2005 and offer opportunities for students to work in local nonprofits and public agencies. The fund also supports an annual visit to Washington, D.C., as part of an advanced child policy course. To learn more, visit schubertcenter.cwru.edu.

Fossil Reveals that Lucy Had a Cousin 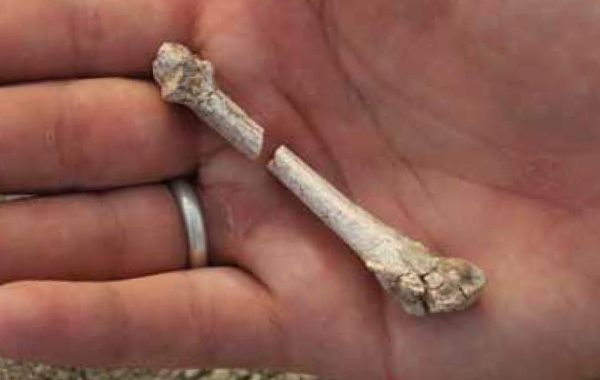 The fourth metatarsal of the partial foot is displayed shortly after its discovery in Ethiopia. Photo courtesy of Yohannes Haile-Selassie / ã The Cleveland Museum of Natural History.

Calling the discovery “quite shocking,” scientists this spring unveiled a fossil indicating that the famed Lucy species, Australopithecus afarensis, was not the only human ancestor to live in eastern Africa more than 3 million years ago. Their analysis, identifying a second hominin species with a different method of locomotion, appeared in the March 29 issue of the journal Nature.

The fossil, a partial foot, was found in the Afar region of Ethiopia in February 2009. Its distinctive feature is an opposable big toe that made the newly identified species adept at climbing and clinging to trees. In contrast, Lucy’s big toe was aligned with its other four toes, allowing for human-like bipedal walking.

“Nearby fossils of fish, crocodiles and turtles, and physical and chemical characteristics of sediments, show the environment was a mosaic of river and delta channels adjacent to an open woodland of trees and bushes,” Saylor says. “This fits with the fossil, which strongly indicates a hominin adapted to living in trees at the same time Lucy was living on land.”

A Record-Breaking Class of 2016

The first-year students who will arrive on campus this fall constitute the largest, most diverse and most academically talented class in the university’s history.

anthropology doctoral student M. Ariel Cascio has won a Fulbright to study how Italians view, care for, and use services for adolescents with autism spectrum disorders.

Arts and Sciences faculty members swept many of the 2012 university awards in May:

William Deal, Severance Professor of the History of Religion, and Peter Shulman, assistant professor of history, received grants from the National Endowment for the Humanities.

Thrity Umrigar, professor of English, published her fifth novel, The World We Found.

Alexander P. Lamis, an expert on Southern politics and an enthusiast for all things political, died Feb. 10 after a seven-month illness. He is survived by his wife, Renee, and their three sons, Peter, Alexander and Nicholas.

A member of the political science faculty for 24 years, Lamis is remembered by his colleagues for his infectious love of politics, keen insights, sense of humor and optimism. His scholarly works include The Two-Party South, a co-winner of the V. O. Key Award from the Southern Political Science Association. Lamis was co-editor of Ohio Politics and editor of Southern Politics in the 1990s. He fostered campus dialogue on politics and policy by founding the Friday Public Affairs Discussion Group, which has been meeting since 1989.

“Alec tried to share his sense that politics was the most important of activities; that it was about people struggling to make the world a better place—with very different ideas of what that meant—and to cope with the huge challenges that faced our country over the course of its history,” said Joseph White, chair of the Department of Political Science, in the Feb. 14 issue of The Daily, the university’s online newsletter.

Donations to the department in Lamis’s memory will be used to support students in political science.