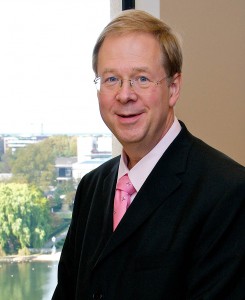 Here in the College of Arts and Sciences, excellence takes many forms. Every issue of art/sci provides abundant evidence for this assertion, and the one you are reading now is no exception. In these pages, you will learn how an experimental cosmologist has contributed to recent breakthroughs in our understanding of the origins of the universe. You will meet an award-winning historian who has inspired advances in scholarship, education and community engagement related to social justice. You will watch students and faculty members in our undergraduate theater program surmount creative challenges to bring a thought-provoking comedy to the stage.

It is fitting that the theater story appears in the same issue as our celebration of the groundbreaking for The Milton and Tamar Maltz Performing Arts Center at The Temple – Tifereth Israel (p. 12). Four years ago, the university announced its intention to transform one of University Circle’s historic landmarks into a magnificent home for its departments of music, theater and dance. At that time, Milton and Tamar Maltz announced a $12 million lead commitment from the Maltz Family Foundation of the Jewish Federation of Cleveland to launch the fundraising effort. Since then, the Foundation and the Maltz family have increased their commitment to the project from $12 million to $30 million. Their extraordinary leadership gifts have helped inspire contributions from many other generous donors. As a result, the university has now raised nearly $60 million toward the extensive renovation of The Temple.

It is too soon for a curtain call, however. The university is continuing its vigorous fundraising campaign for The Maltz Performing Arts Center, both to cover all of the construction costs and to acquire the advanced technologies and other resources included in our ambitious plans for the facility. The mission we articulated four years ago remains unchanged: to create a worthy showcase for the talent and dedication of our students and faculty, to promote the continued growth and excellence of our performing arts programs and to affirm Case Western Reserve’s identity as a comprehensive university.

As many of you know, the performing arts have always been a vital element in the educational and cultural lives of students in the College of Arts and Sciences and its predecessor institutions. Unlike undergraduates at many other universities, our students can combine a major in any discipline with a major in one of the performing arts. Moreover, a large percentage of undergraduates who are not performing arts majors take classes in these fields, participate in ensembles and applaud their fellow students’ creative achievements.

Over the past few years, we have published a series of stories highlighting performing arts in the college. We have boasted about the Historical Performance Practice Program in the Department of Music, for example, and the incorporation of emerging technologies into new works produced by our Department of Dance. In this issue, the undergraduate theater program gets its chance to shine. I hope you will consider how your support for The Maltz Performing Arts Center can enhance these programs and the life of the university as a whole. If you would like more information, please contact Clarke Leslie, associate dean for development and external relations, at 216.368.5322 or clarke.leslie@cwru.edu.

Albert A. Michelson Professor in Physics