With greatly enhanced support from the Maltz family, the university begins the transformation of The Temple – Tifereth Israel 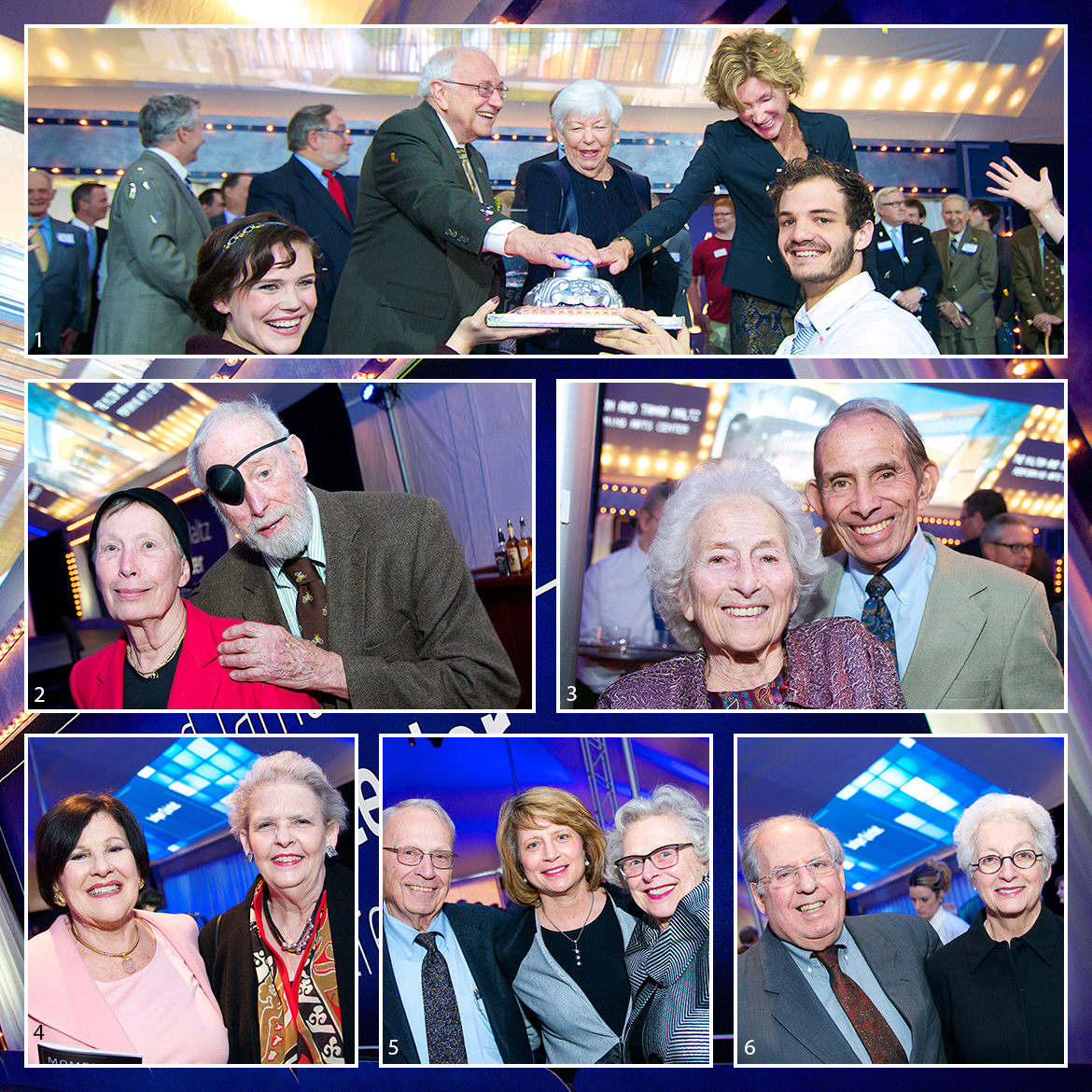 On April 9, with the push of a super-sized button, a flash of lights and the heraldic notes of the Case Western Reserve Brass Ensemble, the university held a ceremonial groundbreaking for The Milton and Tamar Maltz Performing Arts Center at The Temple – Tifereth Israel. The celebration was part of CWRU’s annual Momentum event, which honors major donors to Forward Thinking: The Campaign for Case Western Reserve University. This year’s event was held in a tent on the grounds of the temple, now poised to become the new home for the college’s dance, music and theater programs.

The ceremony was made doubly memorable by the announcement that the initial $12 million commitment from the Maltz Family Foundation of the Jewish Federation of Cleveland had now been increased to $30 million through additional gifts from the Foundation and the Maltz family. Milton and Tamar Maltz’s unstinting support has helped make possible a significant expansion of the project’s scope. During Momentum, they spoke of their love for Cleveland and their family’s longtime connection to The Temple Tifereth – Israel.

“This project is unique in the nation,” she said, “and its combination of preservation and innovation is going to have a transformative effect on our programs and all of the people who come inside its remarkable space.”

The university’s plans for the center call for four state-of-the-art performance venues. The restored sanctuary will become a grand concert hall even as it continues to host major religious observances. New construction elsewhere in the complex will provide space for a recital hall, a proscenium theater and a black-box studio theater. In addition, the facility will have a resource center and media lab; classrooms, seminar rooms and design labs; two rehearsal studios; costume and scene shops; and a multistory atrium that will host pre- and post-show functions.

Among the speakers at Momentum were Board of Trustees Chair Chuck Fowler; Rabbi Richard Block of The Temple – Tifereth Israel; Dan Kelley, principal at MGA Partners, the architectural firm designing the center; and Cyrus Taylor, dean of the College of Arts and Sciences, who joined President Snyder in expressing gratitude to the project’s many donors.

“As is the case with so many of our students, the arts play a vital role in my life,” he said. “This project has deep meaning to me, to our faculty and to the generations of students who will benefit from exploring the performing arts in such an extraordinary space.”

To date, more than three dozen donors have made major commitments totaling nearly $60 million to The Maltz Performing Arts Center, and the project will move forward while additional funds are raised. The university continues to seek philanthropic support to cover the complete construction costs and to provide the center with the advanced technology and other resources that our performing arts students and faculty deserve.

To learn more about the project, including naming opportunities and other ways to make a contribution, please contact Elizabeth Klein, director of national development in the College of Arts and Sciences, at 216.368.5764 or elizabeth.klein2@cwru.edu.