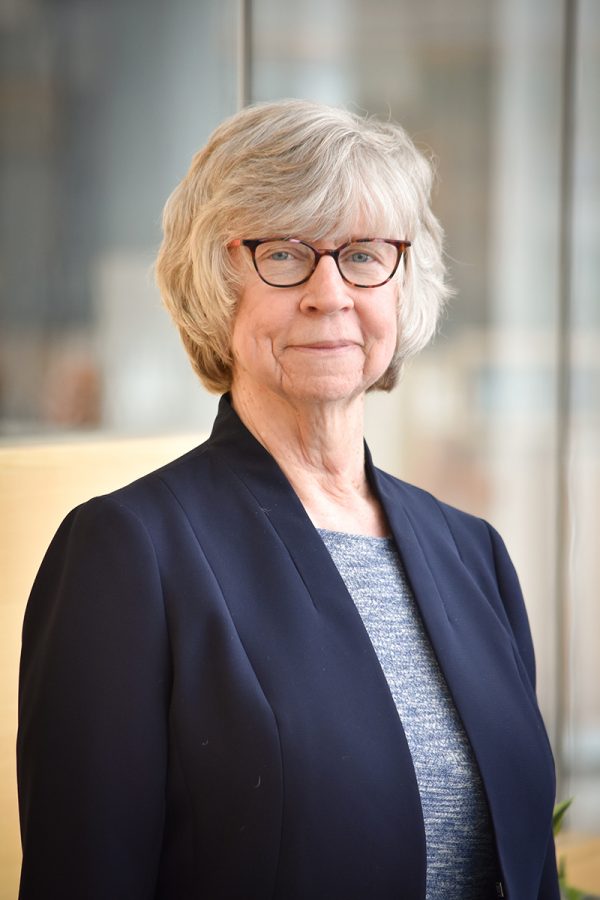 This past summer, I had the privilege of working with Professor Timothy Beal as he concluded an eight-month term as interim dean of the College of Arts and Sciences. On Sept. 1, I took over this role, agreeing to serve until our next permanent dean is in place.

I am deeply grateful to Tim for his outstanding leadership during this period of transition. He kept the college on a steady course, demonstrated his commitment to its mission and helped us begin to imagine its future. He invited faculty members to develop educational and research initiatives with the potential to become sustainable programs; four such initiatives have now been launched with seed funding from President Barbara R. Snyder. Tim fostered open dialogue with department chairs and the rest of the faculty about challenges the college faces. Perhaps most important of all, he responded to every situation with his characteristic discernment, integrity and kindness. We all owe Tim a tremendous debt, and I know that I will rely on his support and guidance in the months ahead.

Once before, in 2003, I was the college’s interim dean, and I am very much aware of the changes that have occurred since then. The student body at Case Western Reserve has grown dramatically, even as we have become more selective. Our curricular offerings and other forms of programming have expanded. As a result, the college is a more vibrant and complex institution than it has ever been.

It is exciting to note the achievements of scholars and researchers who ascended the ranks of our faculty over the past several years and are now receiving national recognition. This issue of art|sci, for instance, features Michael Clune, the Samuel B. and Virginia C. Knight Professor of Humanities in the Department of English, who was awarded a 2019 Guggenheim Fellowship, and Blanton S. Tolbert, professor in the Department of Chemistry, who has been named to the Office of AIDS Research Advisory Council at the National Institutes of Health.

In the College News section, we celebrate the latest contributions of Beverly Saylor, the Armington Professor in the Department of Earth, Environmental and Planetary Sciences and the subject of a 2017 art/sci profile. Beverly played a vital role in a discovery, noted around the world, that is reshaping our understanding of human evolution.

During a leadership retreat that Tim and I conducted this summer, the department chairs considered ways to continue raising the college’s profile. For instance, they plan to identify priority areas for new faculty hires whose appointment would benefit more than one department. This approach will create greater opportunities for interdisciplinary research and scholarship across the college.

As interim dean, I am eager to collaborate with my faculty colleagues and other members of our academic community as we build on our distinctive strengths and uphold our tradition of excellence. So many people care about and devote their energies to the College of Arts and Sciences, and I am proud to be one of them.