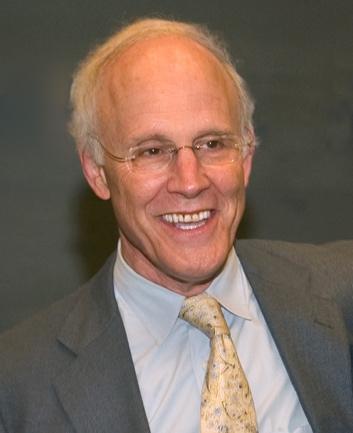 David J. Gross is the Chancellor’s Chair Professor of Theoretical Physics and former Director of the Kavli Institute for Theoretical Physics at UCSB. He received his Ph.D. in 1966 at UC Berkeley and was previously Thomas Jones Professor of Mathematical Physics at Princeton University. He has been a central figure in particle physics and string theory. His discovery, with his student Frank Wilczek, of asymptotic freedom—the primary feature of non-Abelian gauge theories—led Gross and Wilczek to the formulation of Quantum Chromodynamics, the theory of the strong nuclear force. Asymptotic freedom is a phenomenon where the nuclear force weakens at short distances, which explains why experiments at very high energy can be understood as if nuclear particles are made of non-interacting quarks. The flip side of asymptotic freedom is that the force between quarks grows stronger as one tries to separate them. This is the reason why the nucleus of an atom can never be broken into its quark constituents. QCD completed the Standard Model, which details the three basic forces of particle physics–the electromagnetic force, the weak force, and the strong force. Gross was awarded the 2004 Nobel Prize in Physics, with Politzer and Wilczek, for this discovery. He has also made seminal contributions to the theory of Superstrings, a burgeoning enterprise that brings gravity into the quantum framework. With collaborators, he originated the “Heterotic String Theory,” the prime candidate for a unified theory of all the forces of nature. He continues to do research in this field at the KITP, a world center of physics. His awards include the Sakurai Prize, MacArthur Prize, Dirac Medal, Oscar Klein Medal, Harvey Prize, the EPS Particle Physics Prize, the Grande Médaille d’Or, the Nobel Prize in Physics in 2004, and the Medal of Honor of the Joint Institute for Nuclear Research, Dubna. He holds honorary degrees from the US, Britain, France, Israel, Argentina, Brazil, Belgium, China, the Philippines and Cambodia. His membership includes the US National Academy of Science, the American Academy of Arts and Sciences, the American Philosophical Society, the Indian Academy of Science, the Chinese Academy of Science, the Russian Academy of Sciences and TWAS. In 2016, he began a four-year term in the Presidential Line of the American Physical Society, where he is currently President-Elect.