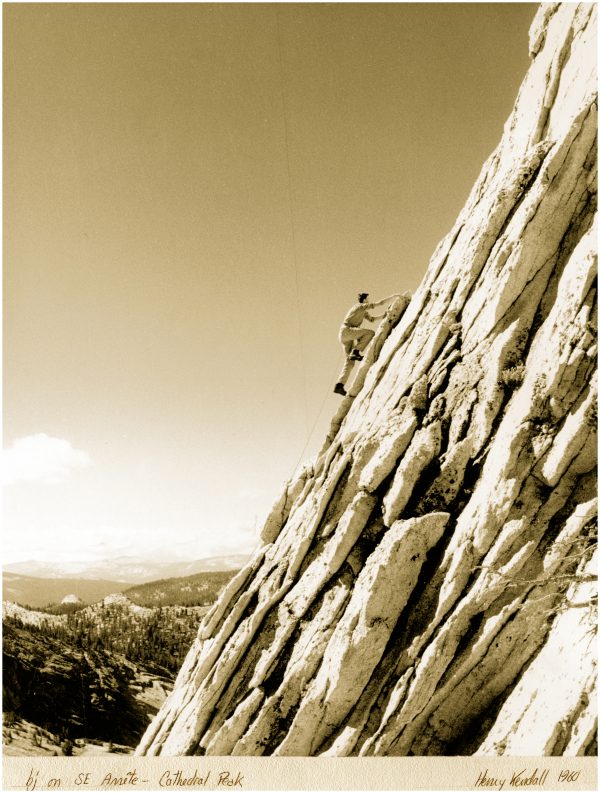 1956-1960 Derived general rules for the existence of singularities of Feynman amplitudes in quantum field
theory; concurrently discovered by L. D. Landau in the USSR.

1960-1970 Co-authored with Sidney Drell a pair of textbooks, “Relativistic Quantum Mechanics”, and “Relativistic Quantum Fields”, which served as standard graduate texts for over twenty years. With Sheldon Glashow, presented arguments for the existence of a fourth kind of quark, and in particular suggested its name: “charmed”. Studied the short distance behavior of commutators of weak and electromagnetic currents, leading to a method which was the precursor of the well-known operator product expansion. These studies led to derivation of various sum rules. The modern version of one of these, for scattering of polarized electrons on polarized nucleons, is well verified and is of special importance. These studies led to speculations regarding a constituent structure of nucleons, and also led to the suggestion of a scaling behavior in electron-proton scattering. This was found to be true in the celebrated SLAC-MIT series of experiments, and was influential in the development of the parton model of proton structure by Richard Feynman. With Berman and Kogut, stressed the importance of studying hadron-hadron collision processes containing high transverse momentum secondary particles. The single particle spectra which might be observed were estimated; eventually copious production of such particles were observed.

1970-1980 Studied the space-time mechanisms by which quarks do not emerge as isolated particles, even in the most violent of high energy collisions. This led to the proposal of the “inside-outside cascade” mechanism, which was independently developed by the Lund group and which forms the basis of many modern simulations of particle production. Proposed “jet spectroscopy” for hadron-hadron collisions, namely the reconstruction of parton-parton collision kinematics via the observation of jets of hadrons in the final states. Contributed critical reviews and summaries of the development of the standard model, in terms of lecture series and conference summaries.

1980-1990 Participated in an experiment, E137, at SLAC devoted to the search for a conjectured particle called axion. Led a design group which proposed a site-filling proton-antiproton colliding beam facility at Fermilab (Dedicated Collider). Created, with S. Mtingwa, a definitive formalism for calculating the growth of beams in storage rings due to intrabeam scattering. Building upon the earlier work on inside-outside cascades, constructed a hydrodynamic model of central particle production in ion-ion collisions, which is finding wide use in the analysis of data from those reactions. Encouraged the experimental development of the physics of the fifth, “bottom” quark, and contributed to the theory, in particular (with I. Dunietz) to the popularization of the “unitary-triangle” construction, and to the development of Heavy Quark Effective Theory. As Fermilab’s Associate Director for Physics, served as liason and ombudsperson between experimental teams, laboratory management, and program committees.

1990-1999 Promoted the creation of detectors which have the capability of observing complete events in high energy proton-proton collisions, by submitting a proposal to the Superconducting Supercollider Laboratory in Texas (“Full Acceptance Detector”) and organizing a working group. After the demise of the SSC, continued by leading, together with C. C. Taylor, a small test/experiment at the Fermilab Tevatron Collider (T864, MiniMAX) designed to search for a modified form of strongly-interacting “vacuum”, called disoriented chiral condensate. Contributed to another initiative, FELIX, at the CERN laboratory in Geneva, Switzerland, which is a proposal for the new Large Hadron Collider of a detector which could see complete events.