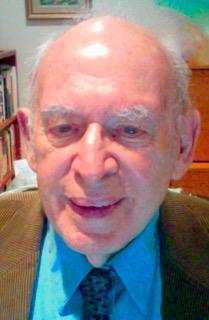 Jerome I. Friedman was born in Chicago Illinois in 1930 and is currently an Emeritus Institute Professor at MIT. He was a member of the physics faculty at MIT from 1960 to 2006 and served as Director of the Laboratory for Nuclear Science and Head of the Physics Department. He is an experimental physicist whose research included studies of particle structure and interactions. Together with his MIT colleague Henry W. Kendall and Richard E. Taylor of the Stanford Linear Accelerator Center, he was awarded the 1990 Nobel Prize for physics for the experimental discovery of quarks. Prior to his appointment at MIT, he was a Research Associate in the High Energy Physics Laboratory at Stanford University and at the University of Chicago. He holds a Ph.D. from the University of Chicago, where he was supervised by Enrico Fermi. He is a member of the National Academy of Sciences, the American Academy of Arts and Sciences, the American Philosophical Society and is a Fellow of the American Physical Society and AAAS. He has been a member of numerous advisory committees for the US Department of Energy and various laboratories and universities in the US and abroad. He currently serves on the Boards of the STS Forum and the Okinawa Institute of Science and Technology, as well as the MIT Technology Review.