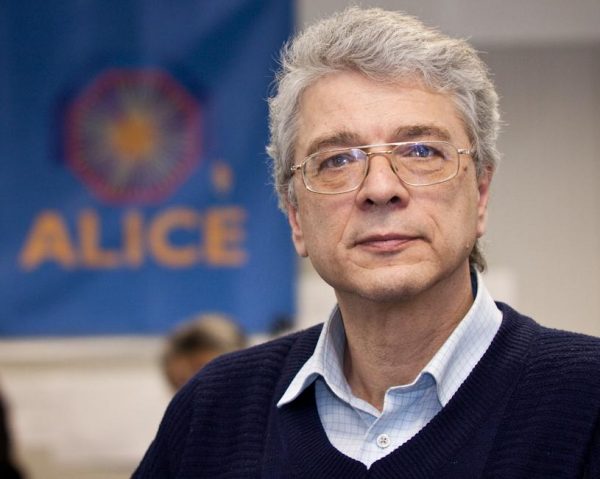 Jürgen Schukraft is a senior researcher at CERN, the European Center for Particle Physics in Geneva, Switzerland. He received his PhD in 1983 from the University of Heidelberg, investigating fission processes in Uranium on Uranium collisions at the heavy ion accelerator at GSI, Darmstadt. He joined CERN as a fellow in 1984 working on hadron production and electromagnetic signals in experiments using both pp reactions (R808 at the CERN ISR) and heavy ion reactions (NA34, NA45 at the CERN SPS and E855 at the BNL AGS accelerators). He is a founding member of the ALICE experiment at the CERN LHC and served as its first Spokesperson from 1991 to 2010. The ALICE collaboration, including more than 1500 scientists from over 170 Institutions, is dedicated to the study of matter at extreme energy densities (the ‘Quark Gluon Plasma’), which resembles the primordial matter in the early Universe a few microseconds after the Big Bang. He served as member or chair of several working groups set up by international science committees (NuPECC, NSAC, OECD-Megascience, ECFA), is or was member of a number of scientific councils and committees (IPN Orsay, NIKHEF, BNL RHIC PAC, US NSAC, NBI Copenhagen), evaluates grants for national and European research agencies (USA, France, Italy, Poland, Netherlands, Switzerland, Israel), and is Associate Editor of a physics journal (EPJC). In 2014 he received the Lise Meitner prize for Nuclear Science of the European Physical Society and in 2017 the Niels Bohr Medal of Honour from the Niels Bohr Institute in Copenhagen, DK.