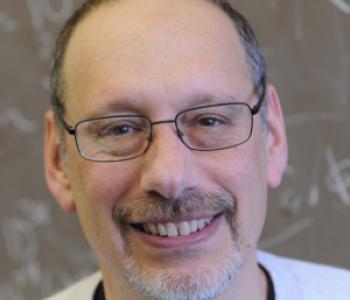 Mark Brian Wise is a Canadian-American theoretical physicist. He has conducted research in elementary particle physics and cosmology. He is best known for his discovery of heavy quark symmetry and his role in the development of heavy quark effective theory (HQET). Wise was born in Montreal, Quebec, Canada. He was educated at the University of Toronto (B.S., 1976; M.S., 1977) and Stanford University (Ph.D., 1980). With Fred Gilman, his graduate advisor at Stanford, Wise wrote several highly influential papers on CP violation in the Standard Model (with six quarks). Wise was a junior fellow at the Harvard Society of Fellows from 1980 to 1983. He has been at the California Institute of Technology (Caltech) since then. Wise is currently the John A. McCone Professor of High Energy Physics at Caltech, a fellow of the American Physical Society, and a member of the American Academy of Arts and Sciences and of the National Academy of Sciences. From 1984 to 1987 he was a fellow of the Alfred P. Sloan Foundation. He shared the 2001 Sakurai Prize for Theoretical Particle Physics with Nathan Isgur and Mikhail Voloshin, “for the construction of the heavy quark mass expansion and the discovery of the heavy quark symmetry in quantum chromodynamics, which led to a quantitative theory of the decays of c and b flavored hadrons.” Wise was also the science consultant for Iron Man 2.