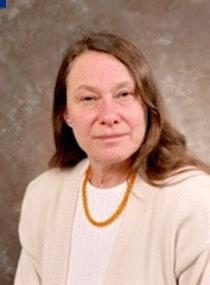 Mary Katharine Gaillard is an American theoretical physicist with a focus on particle physics. She is a professor of the Graduate School at the University of California, Berkeley and Visiting Scientist at the Lawrence Berkeley National Laboratory. She was Berkeley’s first tenured female physicist.

Gaillard was a Professor of Physics at UCB from 1982 to 2009, and concurrently a Faculty Senior Staff member at LBNL, where she headed the particle Theory Group in 1985-87. She received a bachelor’s degree from Hollins College in Virginia in 1960 and master’s degree from Columbia University in 1961 and a doctorate at the University of Paris at Orsay, France, in 1968. She was a research scientist with the French CNRS from 1964 to 1981, becoming Director of Research in 1980, and concurrently a Research Associate at CERN, Geneva, Switzerland. In 1979 she established a particle theory group at LAPP, Annecy-le-Vieux, France, which she directed in 1979-1981.

She has served on several committees of the American Physical Society, advisory panels for the Department of Energy and the United States National Research Council, and on a number of advisory and visiting committees at universities and national laboratories. She was a member of the National Science Board from 1996-2002.

Her research accomplishments include pioneering work with Benjamin W. Lee on the evaluation of strong interaction corrections to weak transitions, including the successful prediction of the charmed quark mass; work with John Ellis and others on the analysis of final states in electron-positron collisions, including the prediction of three-jet events, and studies of unified gauge theories, including the prediction of the bottom quark mass; studies with Michael Chanowitz of signatures at proton-proton colliders which showed, on very general grounds, that new physics must show up at sufficiently high energies. Her work in recent years has focused on effective supergravity theories based on superstrings, and their implications for phenomena that may be detected both in accelerator experiments and cosmological observations.