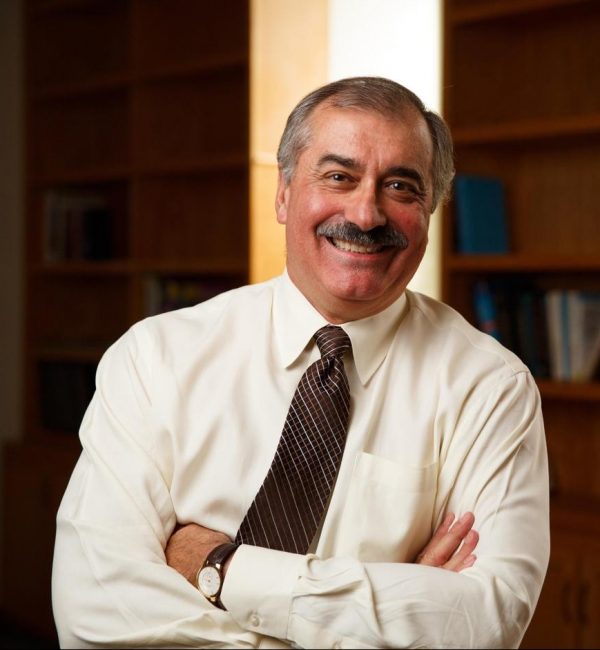 Edward “Rocky” Kolb is the Arthur Holly Compton Distinguished Service Professor of Astronomy & Astrophysics at the University of Chicago.  Since 2013 he has served as the Dean of the Division of the Physical Sciences, and from 2006 to 2012 was Chair of the Department of Astronomy & Astrophysics.  At the University of Chicago he is also a member of the Enrico Fermi Institute and the Kavli Institute for Cosmological Physics. Born in New Orleans, he received his Ph.D. in 1978 from the University of Texas, Austin.  After a postdoctoral fellowship with William Fowler at Caltech he was awarded a J. Robert Oppenheimer Research Fellowship at Los Alamos National Laboratory and was a staff member in the Theoretical Astrophysics Group. In 1983 he moved to Fermi National Accelerator Laboratory and the University of Chicago.  With Michael S. Turner, Kolb was the founding Head of the Theoretical Astrophysics Group, the first astrophysics effort at a national high-energy physics laboratory. He served as Head of the group from 1983 to 1993, and again from 1998 through 2001. From 2001-2006 he was the Director of the Fermilab Particle Astrophysics Center.  Kolb is a cosmologist, specializing in the applications of elementary particle physics to our understanding of the universe. He has worked on a wide variety of subjects at the interface of particle physics and cosmology, including astrophysical limits on the properties of neutrinos, baryogenesis, dark matter, dark energy, phase transitions, and inflation.  His book with Michael Turner, The Early Universe, is a standard reference in the field.  Among his honors is the Dannie Heinemann Prize for Astrophysics, awarded by the American Institute of Physics and the American Astronomical Society, and the Oersted Medal from the American Association of Physics Teachers. He is a Fellow of the American Physical Society and the American Academy of Arts and Sciences.