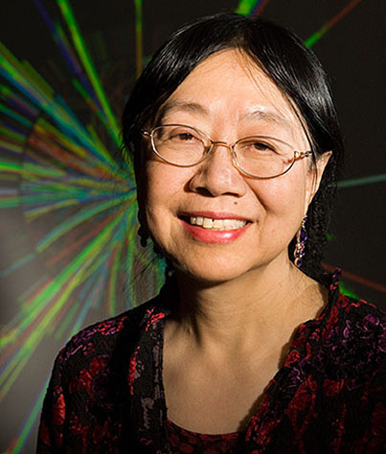 In Sau Lan Wu’s career so far, she has participated in three major discoveries, in two of which she played leading roles: the gluon and the Higgs boson.

This discovery of the Higgs boson six years ago was a very important event in physics, and received major coverage in the news media.  Wu was featured together with Higgs and three spokespersons: Incandela (CMS), Tonelli (CMS) and Gianotti (ATLAS) in the article ‘Chasing the Higgs Boson’ by Dennis Overbye. The picture of the five appeared on the front page and  in the Science section of the New York Times dated March 5, 2013. Wu co-authored the article ‘The Higgs at last’ with Guido Tonelli (CMS spokesman) and Michael Riordan (award winning historian) in the Scientific American, October 2012 issue and in the Scientific American special edition on “extreme physics” of May 2013. Wu is featured in the book “Women in Science – 50 fearless pioneers who changed the world”, written and illustrated by Rachel Ignotofsky, published in 2016. This book has been on the best seller lists of Amazon and New Times.

Since this discovery is expected to lead to a deeper understanding of particle physics, Wu and her Wisconsin group have continued to concentrate on studying the properties of the Higgs particle, specifically using machine learning algorithm.  Recently she and her group have very successfully contributed to ATLAS on the observation of Higgs boson production in association with a top quark pair. This constitutes the confirmation of the tree-level coupling of the Higgs boson to top quarks.

Wu and her Wisconsin group are also deeply involved in the search for dark matter at LHC.  A number of processes are being studied, including the one with large missing transverse momentum plus a mono-Higgs.