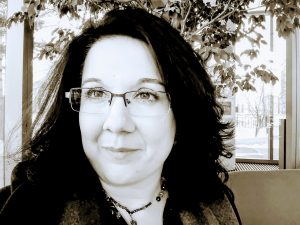 Founder and Managing Director of IFSPEC

Fabienne was born in Toulon, Provence-Alpes-Côte d’Azur, on the French Riviera. She joined the Department of Modern Languages and Literatures at CWRU in 2000. Her multifaceted experience in language instruction is comprised of teaching all levels of high-school French, as well as developing and implementing a curriculum for three levels of French for the Upward Bound outreach TRIO program, a US Department of Education program. Her experience also includes teaching French for various institutions encompassing community colleges and private language centers. In France, Fabienne Pizot-Haymore tutored and taught French and English as a Second Language, preparing French students for the English test of the Baccalauréat exam. She tutors adults in preparation for PhD. translation exams in a variety of subjects.  She also works in translation, in translation editing and proofreading.

In 2018, Fabienne founded the International French for Specific Purposes (IFSPEC). This learning and exam center preparing CWRU students and Cleveland executives for the internationally recognized Diplomas of French for Professions (DFP) in Business, International Relations and Health was made possible by a generous grant from the Eirik Borve Fund for Foreign Language Instruction. Fabienne serves as the Managing Director of the IFSPEC which is also an accredited center for the Test of Evaluation of French (TEF) granting natives and non natives of French the ability to work, study and emigrate in France and in Canada.

Thanks to another grant from the Eirik Borve Fund, the IFSPEC will be renamed International Foreign Language for Specific Purposes Exam Center in 2020. The center will soon offer Spanish  language evaluation tests, the DELE and SIELE, and two internationally recognized Certificates in Spanish–for Business and for Health and Medical Professions.

Involved in “bridging the gap” between high-school and university foreign language education, Fabienne is interested in standardized language tests scoring and development: Advanced Placement French, Praxis French, Georgia Assessment for the Certification of Educators, French SAT, Test Of English as a Foreign Language (TOEFL) and Test of English for International Communication (TOEIC). Such experience has been instrumental in refining her adaptive expertise approach to language instruction at CWRU, especially for elementary and intermediate courses. It also proved useful in advanced conversation courses including phonetics applied to conversation, media for children and literature excerpts. At CWRU, Fabienne taught the aforementioned courses as well as Translation, the History of Modern France and French for Business.

Fabienne’s interests include cognition, specifically as it pertains to language acquisition, as well as semeiotics and theater in translation. Her monograph on metaphor in literary translation, Défis de la métaphore en traduction : le cas d’un roman inclassable, was published in 2009. Excerpts from her other works in literary translation were featured in translation magazines. Among others, she composed lyrics in English for a French jazz ensemble and translated audio guides into English for the French National Parks. She is currently working on the translation into English and stage adaptation of several plays by living French authors and on her first novel in French. 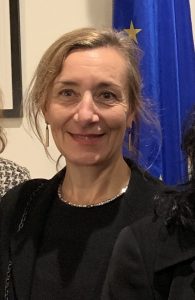 At Case Western Reserve University, Charlotte created the course French for Diplomacy and taught it for the first time in 2019.