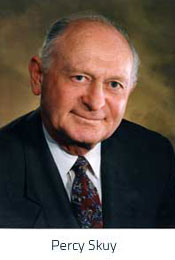 This unique collection includes a wide range of contraception items, prototypes, and manufacturing devices. The Dittrick Medical History Center learned in August of 2004 that it would receive the Percy Skuy Collection on the History of Contraception. Mr. Skuy, past President of Ortho Pharmaceutical (Canada), assembled the world’s most comprehensive collection of historical contraceptive devices, numbering over 650 artifacts. Since its arrival the collection has grown through donations and museum purchases to approximately 1100 artifacts. The Dittrick also maintains a collection of literature on the topic, including primary source material as well as historical writings.

The exhibit depicts the social and cultural climate that influenced birth control decisions in this country, says James Edmonson, chief curator at the Dittrick. The Dittrick staff with guest curator Jimmy Wilkinson Meyer from The College of Wooster designed the exhibit.

The exhibit reveals a longstanding ignorance of essential facts of human conception. For example, a woman’s ovulation time was not discovered until the 1930s by two doctors, Kyusaku Ogino in Japan and Hermann Knaus in Austria. Before and after this finding, desperate women went to great length to prevent pregnancies. The exhibit explores less well known (and dangerous) methods such as douching with Lysol or eating poisonous herbs like pennyroyal, as well as conventional means such as the IUD or the birth control pill.

The exhibition also covers some ancient methods of birth control, some unique and folkloric methods, and presents information about the influence of religion on contraception. “We wanted to have a multi-faceted look at the topic of contraception,” -James Edmonson (Chief Curator, Dittrick Museum)

The Society of Obstetricians and Gynaecologists of Canada (SOGC) is a national medical society in Canada.  Since its founding in 1944, the society has promoted excellence in the practice of obstetrics and worked to advance the health of women through leadership, advocacy, collaboration, outreach, and education.  From the summer of 2013 until November 2014, the SOGC Newsletter contained a series of articles based on the “Percy Skuy Collection on Contraception Through the Ages” which resides at the Dittrick Medical History Center at Case Western Reserve University in Cleveland, Ohio. These articles, which deal with unique aspects of selected artifacts from this collection, have now been assembled  for your reading pleasure. Click on image below for a free PDF download of this document. 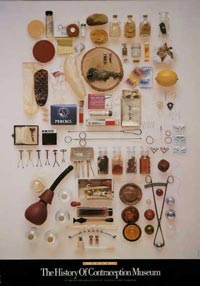 History of Contraception posters are available