Slavery and its afterlives played a much larger role in the development of scientific opinions about the physical and intellectual fitness of mixed race people with Black ancestry (i.e. “mulattoes”) than has been acknowledged in histories of eugenics in the United States. Indeed, fears around race mixing that would later consume eugenicists in the early decades of the twentieth century were already entrenched within white American society in the eras of slavery, the Civil War, and Reconstruction. This talk examines the ways in which eugenicists employed scientific tools to measure the physical and intellectual abilities of so-called “Black and white racial hybrids.” As it draws attention to how eugenicists framed research questions about mixed race people’s bodies, this talk also traces the genealogy of the term “miscegenation,” and explores the process through which eugenicists made Blackness a legible biological trait through their studies of skin color, hair texture, and facial features. 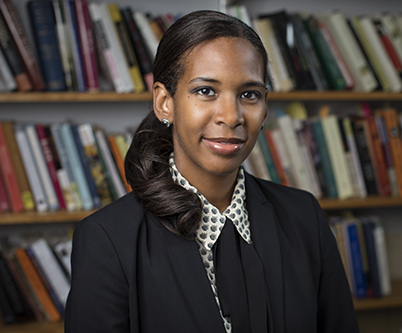 Rana Hogarth is associate professor of history at the University of Illinois at Urbana Champaign. Her research focuses on the creation of ideas about racial difference in North America and the Caribbean as they emerged through the language of medicine and its allied fields. She is the author of Medicalizing Blackness: Making Racial Difference in the Atlantic World, 1780-1840 (University of North Carolina Press, 2017), which examines how white physicians defined blackness as a medically significant marker of difference in slave societies of the American Atlantic.  Her research has appeared in Social History of Medicine, American Quarterly, African and Black Diaspora: An International Journal, American Journal of Public Health, History Compass, and in the edited volume Medicine and Healing in the Age of Slavery, edited by Sean Morey Smith and Christopher Willoughby (LSU Press, 2021).

The event is free, registration is required: Register Zverina Webinar 2023

Today, conventional wisdom puts religious actors on the opposite side of reproductive justice in the context of political debate in the United States. But history tells us that was not always true. In the decades after World War II, most Protestants and Jews were in relatively uncomplicated consensus that contraception was a moral good, and though they were in tension with the formal teachings of the Church, many Catholics agreed. This talk asks what happened to get us from this moment of general consensus in the mid-twentieth century to the culture wars polarization we see today in debates over contraception and abortion. 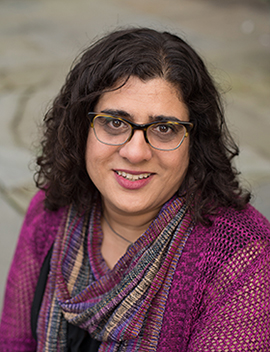 Samira K. Mehta is the Director of Jewish Studies and an Associate Professor of Women and Gender Studies at the University of Colorado Boulder. Her research and teaching focus on the intersections of religion, culture, and gender, including the politics of family life and reproduction in the United States. Her first book, Beyond Chrismukkah: The Christian-Jewish Interfaith Family in the United States (University of North Carolina Press, 2018) was a National Jewish book award finalist. She is also the author of a newly released book of personal essays called The Racism of People Who Love You (Beacon Press, 2023). Mehta’s current academic book project, God Bless the Pill: Sexuality and Contraception in Tri-Faith America examines the role of Jewish, Catholic, and Protestant voices in competing moral logics of contraception, population control, and eugenics from the mid-twentieth century to the present and is under contract with the University of North Carolina Press. She is also beginning a project for Princeton University Press called A Mixed Multitude: Jews of Color in the United States. Mehta is the primary investigator for a Henry Luce Foundation funded project called Jews of Color: Histories and Futures. She is  a member of the board of Feminist Studies in Religion, where she serves as the co-editor of the blog; co-chairs the steering committee of the North American Religions Program Unit at the American Academy of Religion; and is a Creative Editor at the journal American Religion. She holds degrees from Swarthmore College, Harvard University, and Emory University.

The event is free, registration is required. You can attend In person or live stream the event.
Register for the Skuy, 2023 Lecture