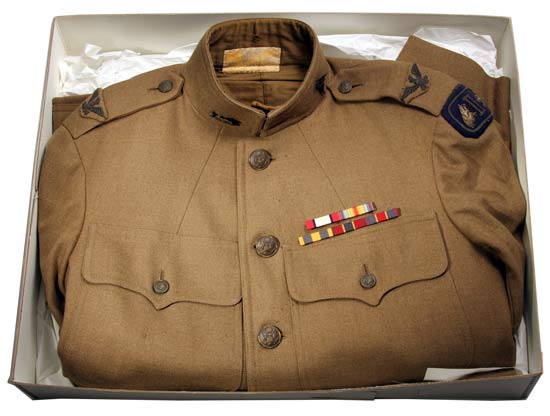 George W. Crile, Sr. (1864-1943), gained important experience during medical service in both the Spanish American War (1898-99) and World War I (1914-18). In the latter conflict, Crile led the Lakeside Unit, a Cleveland hospital contingent that served first at the Ambulance Americaine, or American Military Hospital, in Paris (1915) and later at Base Hospital No. 4 in Rouen, France (1917-18).

While humanity provided reason enough to serve in France, Crile also perceived an opportunity to continue research upon shock. Before going to France, Crile explained this in a letter to his benefactor, Samuel Mather:

The research to be carried out is that of observing the effects of fear and exhaustion upon the human body. In my laboratory we have for many years studied the effect of fear and exhaustion in the bodies of animals, but in a peaceful community there is almost no opportunity for the study of human material. In Europe such opportunities are now abundant. They may never again be available on such a scale. The information to be gained by such a study would be of the highest scientific and practical value. It so happens that in no other place but Cleveland has this fundamental problem been so thoroughly investigated, yet our researches still lack the material which the Paris Hospital could supply…

In the summer of 1915, after Crile returned to Cleveland, Surgeon General W. C. Gorgas asked him to outline a plan for organizing and equipping a base hospital unit for service should the United States enter the war. Crile’s plan became the model for the Lakeside Unit, as well as those sponsored by Harvard, University of Pennsylvania, Chicago, and other universities.