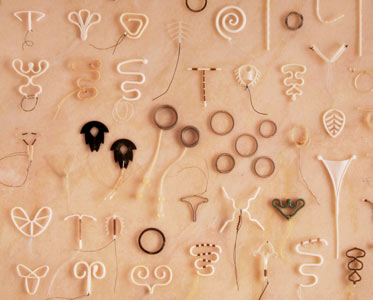 The intrauterine device (IUD) is the most popular means of reversible birth control in the world, with 160 million users. Over two-thirds of those women live in China, where more women choose the IUD than sterilization. Yet the tiny objects caused much suffering and continued to be controversial in the U.S. in the 2000s. In 1909 Dr. Richard Richter of Poland claimed success in preventing conception with an intrauterine ring. He fashioned the flexible ring with suture material and inserted it into the uterus with a notched instrument. Physicians did not accept this method of contraception for another 50 years. The negative attitude was due to infections common with 19th-century stem pessaries and physicians’ general disregard for contraception. Dr. Ernst Gräfenberg of Germany modified the Richter ring in the 1920s-30s using coiled metal wire. In 1934 Dr. Ota reported good results in Japan with a similar device. Another German physician, Herbert Hall, developed a stainless steel ring in 1949 after emigrating to the U.S. He used the Hall-Stone ring a decade before most other American practitioners. 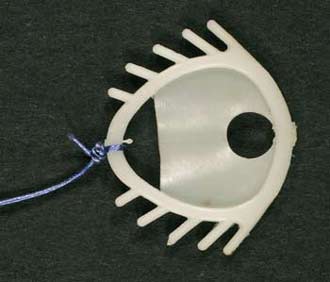 Dr. Hugh Davis introduced the Dalkon shield in 1968. It featured fins to resist expulsion and was used especially in women who had not borne children. Over 600,000 Dalkon shields had been sold in the U.S. by 1970, the year that A. H. Robins took over ownership. Dalkon shield users soon reported severe pelvic infections and perforations. Six women had reportedly died as a result of the shield by June 1974, when A. H. Robins suspended its sales. Robins had sold about 2.2 million Dalkon shields in the U.S. and about a million abroad. The company assured users that the IUD was still safe. Over 200,000 lawsuits were filed on behalf of those who suffered or died as a result of this IUD. In 1984 A. H. Robins wrote to physicians, “There is substantial medical opinion that the continued use of the Dalkon shield may pose a serious health hazard…” In a media blitz, the company directed users to see a physician and offered to pay for exams even if a shield was not found. A 1989 legal settlement created a $2.5 billion trust fund to pay victims’ claims.

The Dalkon debacle seriously scarred the IUD’s reputation in the U.S. Searle removed the copper-7 and Tatum-T from the American market in 1986. In 2009 two IUDs were available in the U.S.: ParaGard® copper T380A (Duramed Pharmaceuticals) and Mirena® levonorgestrel-releasing intra-uterine system (Berlex Laboratories).

Beginning in 1960 the IUD became more appealing. Controlling the world’s population growth with this long-acting method was one driving force. The Pill had brought birth control under physicians’ purview. Women going off the Pill due to its side effects wanted simple, effective contraception. Dr. Lazar Margulies of New York created a plastic coil and tested it—in his wife—in 1960. For easier insertion, the material was stretched into a line. Inside the uterus, “memory” embedded in the plastic allowed it to snap back into shape. The plastic contained barium sulfate to facilitate locating the object inside the uterus via x-ray. The Saf-T-Coil, similar to Ortho’s Gynekoil, and other new designs popularized the method. From 1960-70, 12 million women around the world were fitted with IUDs, including 3 million in the U.S.