Francis Drake, President of the American Chamber of Commerce in Paris, visited the United States in November 1914 to raise money for the American Ambulance.  At Ambassador Herrick’s behest, he met with Dr. George Crile, Chief of Surgery at Lakeside Hospital in Cleveland.  Crile was using nitrous oxide gas as an anesthetic and was experimenting with shock-less surgery, both practices then unknown in France. Keen interest in implementing Crile’s methods into the American Hospital led to a conference in Cleveland with Drake, Herrick, Crile and Dr. William E. Lower, a surgeon at Lakeside.  Drake asked Crile to bring a surgical unit supplied with nitrous oxide and oxygen tanks to France to spend a three month term of service at the American Ambulance . This proposal was cabled to the American Ambulance and received favorably. The Medical Board of the American Hospital of Paris then asked Crile to create a plan for successive units of surgeons and nurses from the leading U.S. university medical schools to take over the care of 150 beds in the Ambulance for three months each, so that service would not be interrupted. The Board wished to begin the plan by January 1st and proposed that these units carry on the work of the operating room and surgical care of the patients on the ward.  The nursing care of the wards would be assumed by the American Ambulance.

Crile presented this plan at the Clinical Congress of Surgeons of North America in October 1914 in Boston, emphasizing his feeling that  “mediocrity well organized is more efficient than brilliancy combined with strife and discord”. His plan would have American universities take part in the work with two ideas in mind: first, the cities in which the hospitals were located would acquire a personal interest in the American Ambulance and second, would offer knowledge useful if the US entered the war. On November 30,  Crile outlined his plan to operate a ward and an operating room at the American Ambulance in Paris in the name of Lakeside Hospital for 3 months. The Lakeside Board of Trustees approved the plan and gave leave of absence to the doctors and nurses. The approval of Crile’s plan led to the establishment of 25 base hospitals ready for deployment to Europe.

While humanity provided reason enough to serve in France, Dr. Crile also recognized it as an opportunity to continue his research on shock. Before going to France, he wrote this to his benefactor, Samuel Mather:

The research to be carried out is that of observing the effects of fear and exhaustion upon the human body. In my laboratory we have for many years studied the effect of fear and exhaustion in the bodies of animals, but in a peaceful community there is almost no opportunity for the study of human material. In Europe such opportunities are now abundant. They may never again be available on such a scale. The information to be gained by such a, study would be of the highest scientific and practical value. It so happens that in no other place but Cleveland has this fundamental problem been so thoroughly investigated, yet our researchers still lack the material which the Paris Hospital could supply.

In addition to Drs. Crile and Lower, Charles Stone, Neurologist, and surgical residents Samuel Ledbetter Jr., Edward F. Kieger, Leroy Sherry and Lyman Huffman comprised the medical staff. The anesthetists were Agatha Hodgins and Mabel Littleton. Nurses in charge of the operating room were Iva Davidson and Ruth Roberts. William Crozier, PhD and Amy Rowland were recruited for special research. The expense of this unit, with the exception of Drs. Crile and Lower who paid their own expenses, was borne by Samuel Mather, President of the Board of Trustees of Lakeside Hospital. 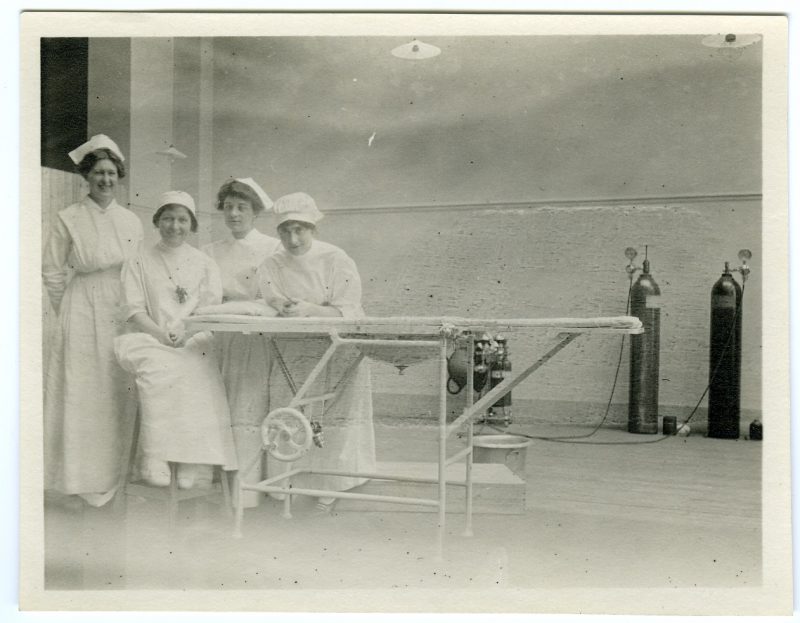 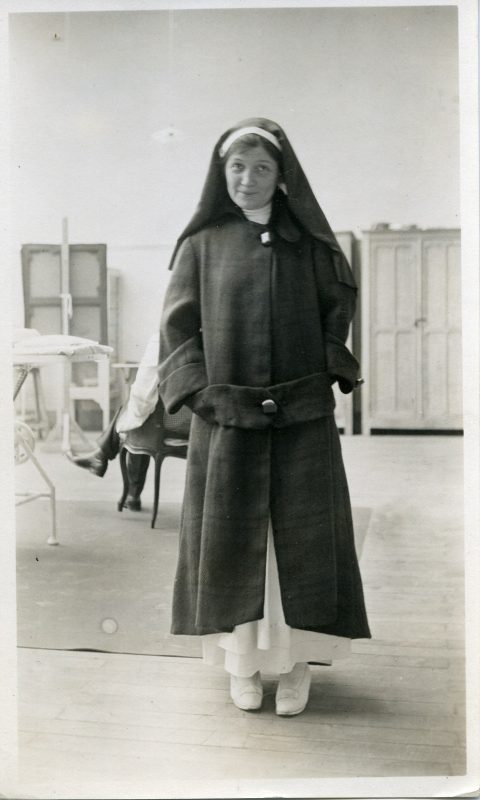 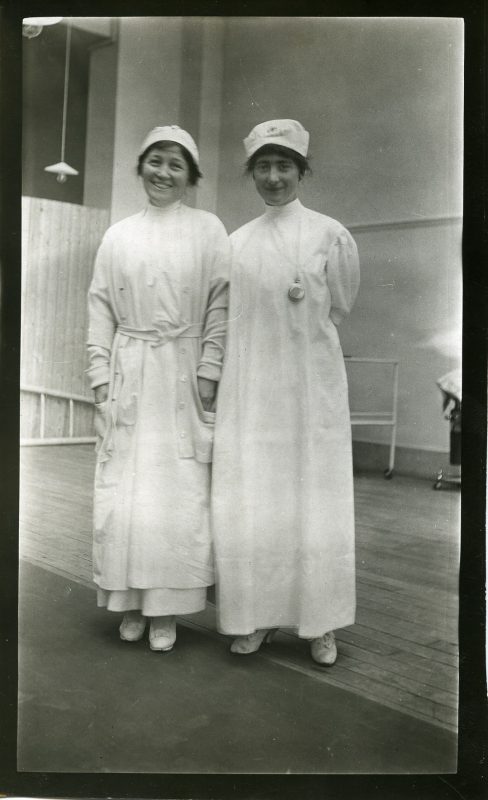 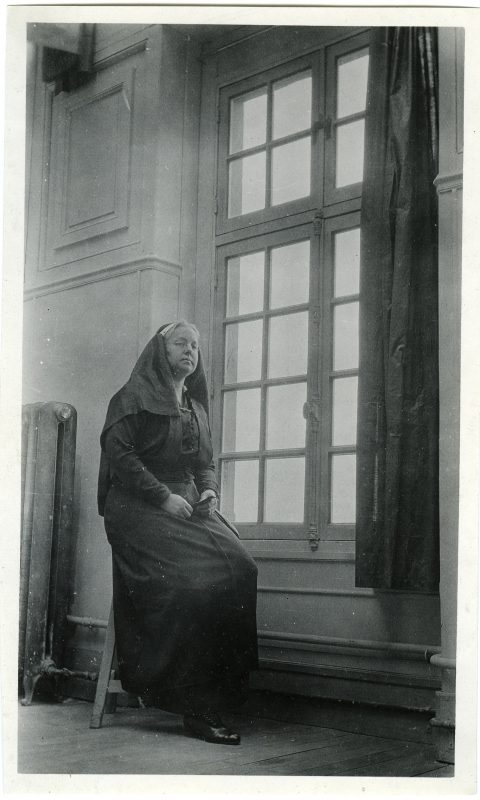 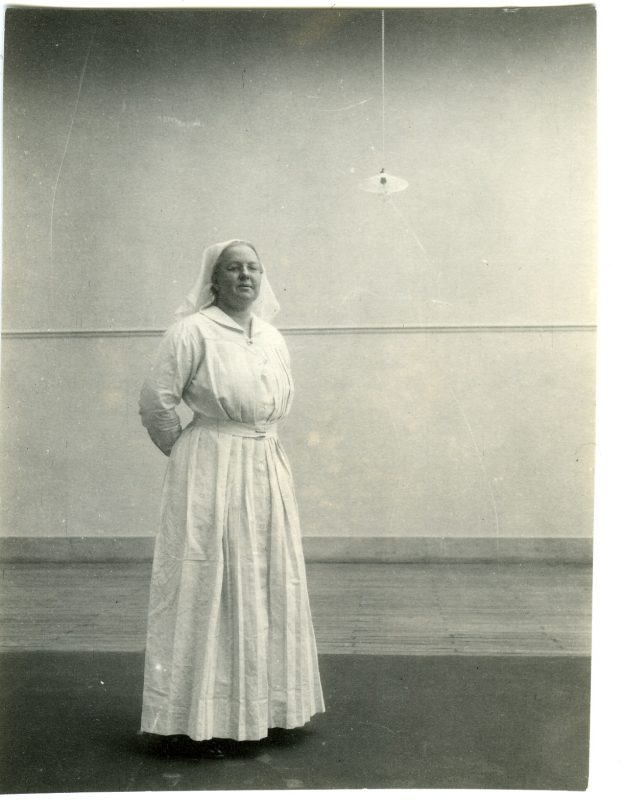 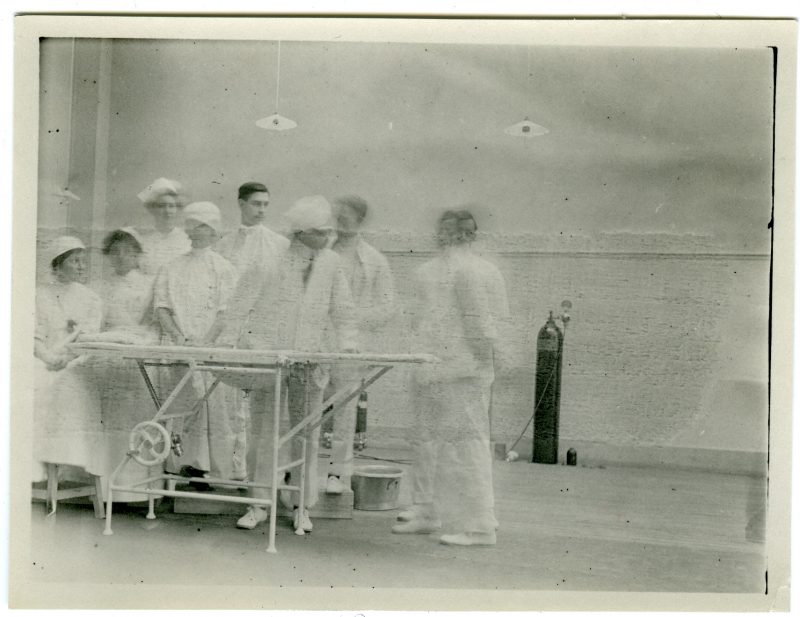 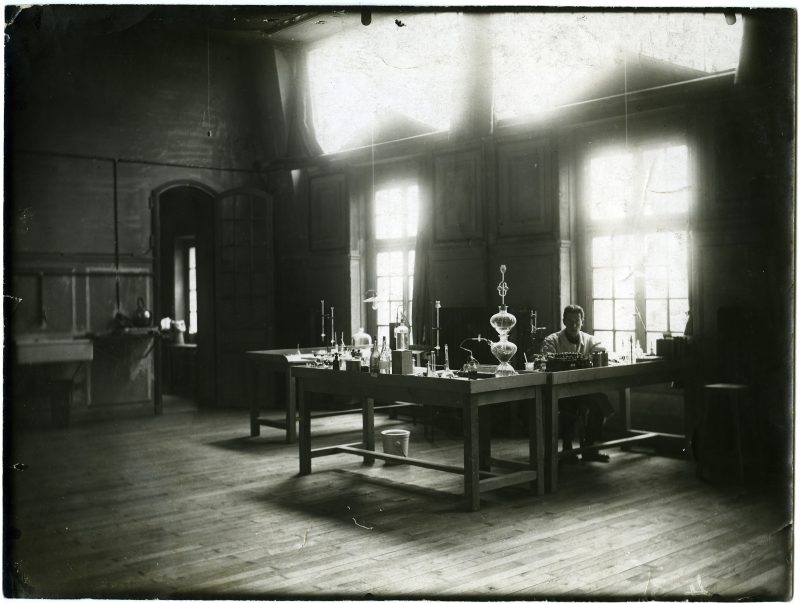 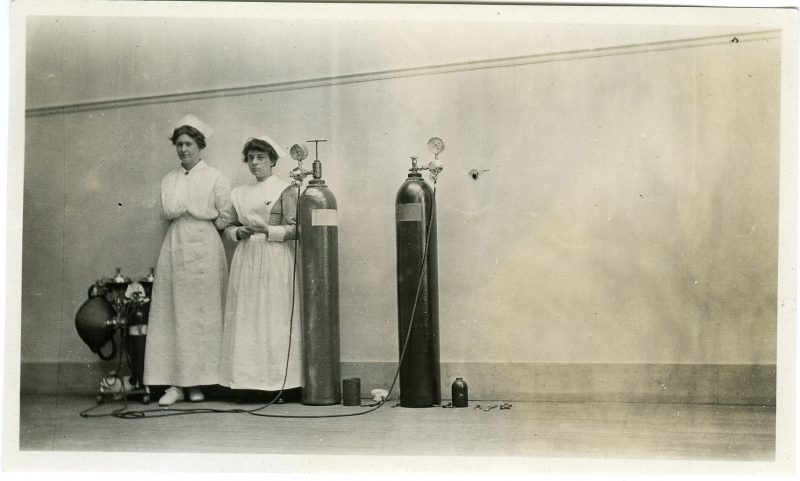 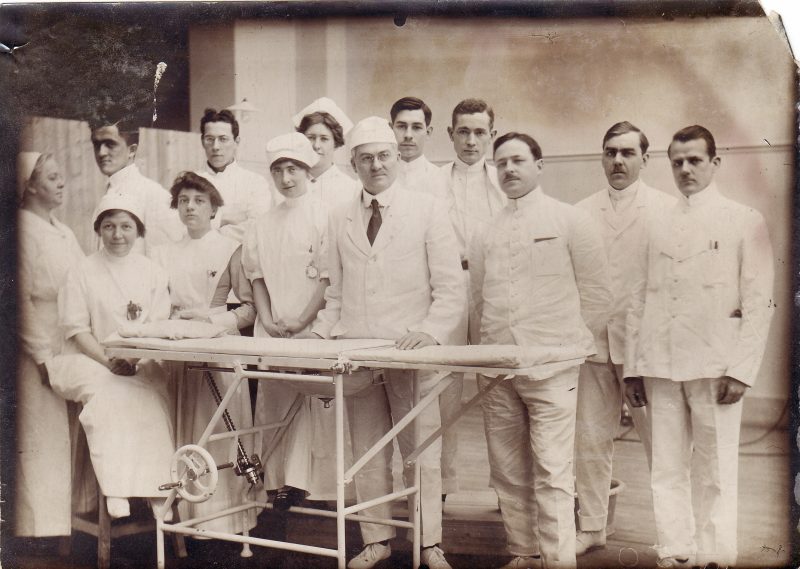 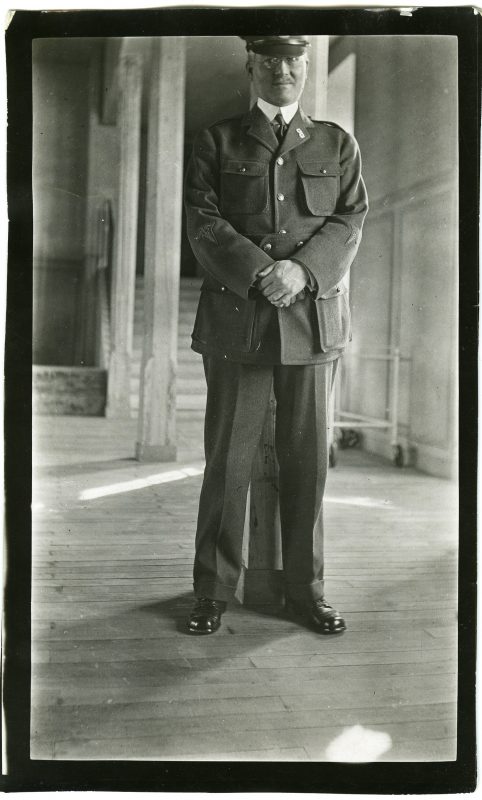 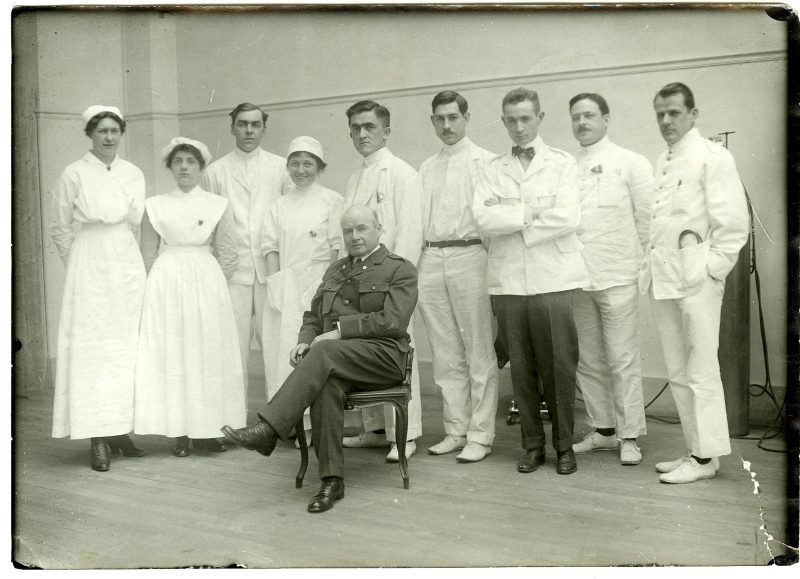 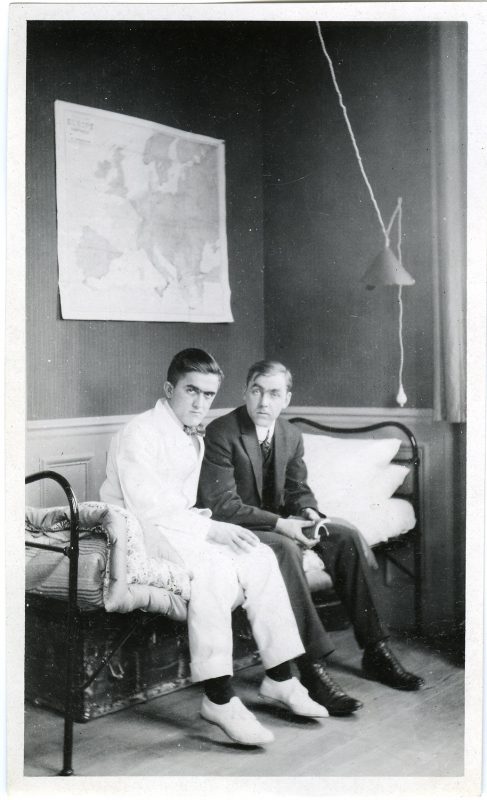 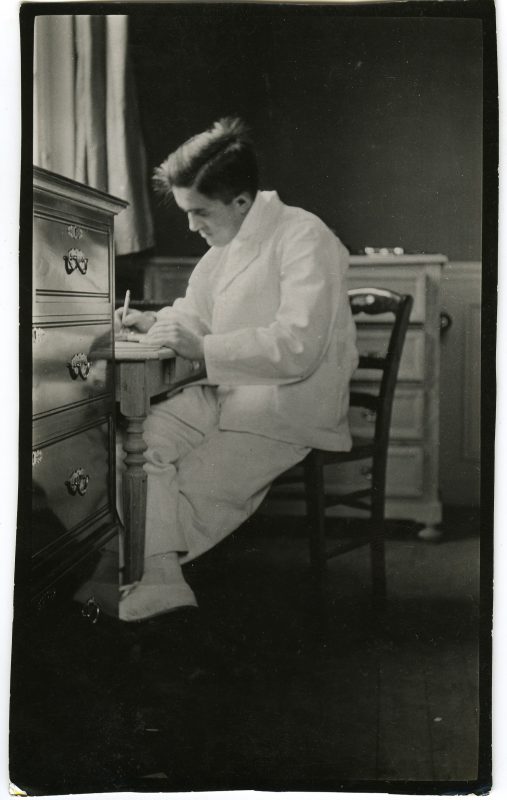 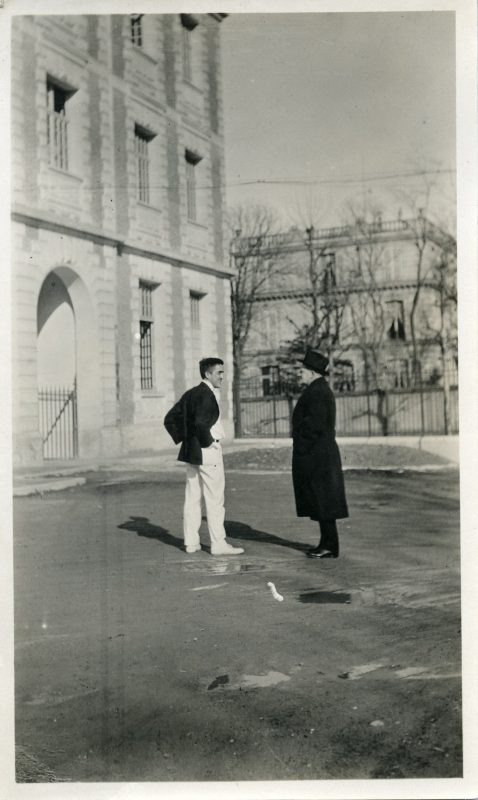 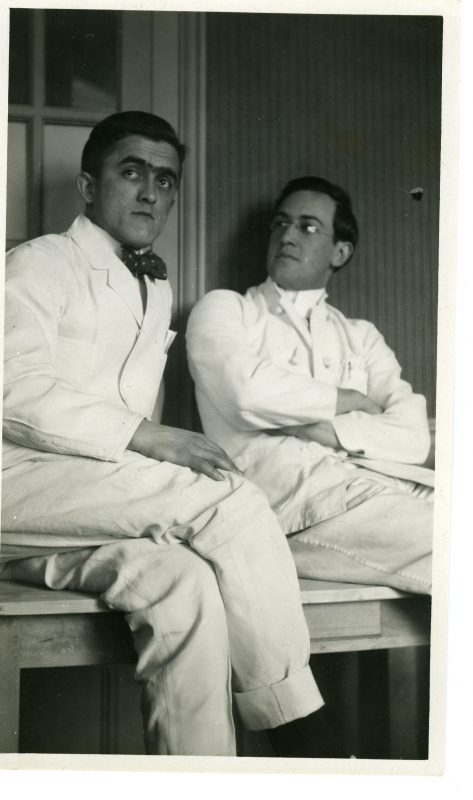 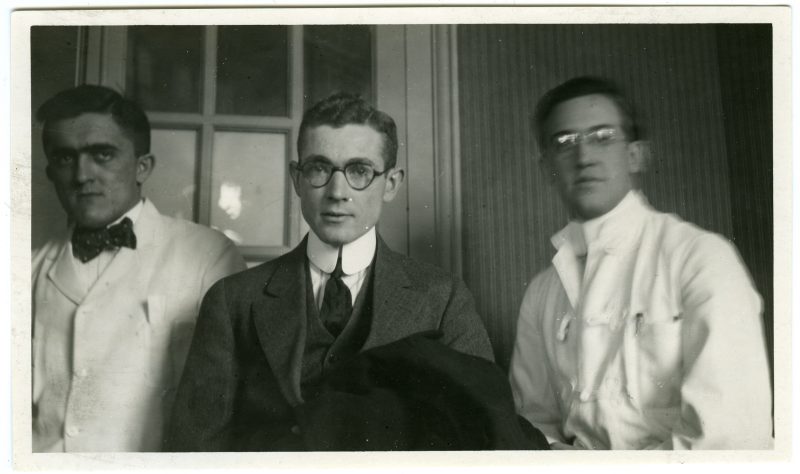 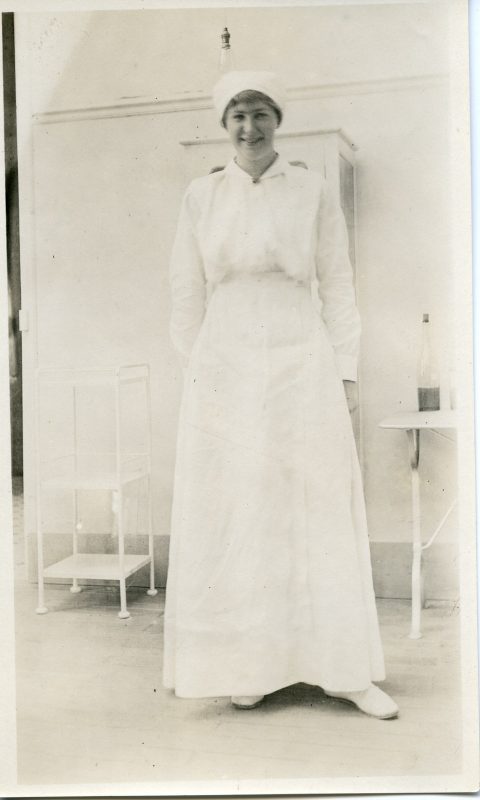 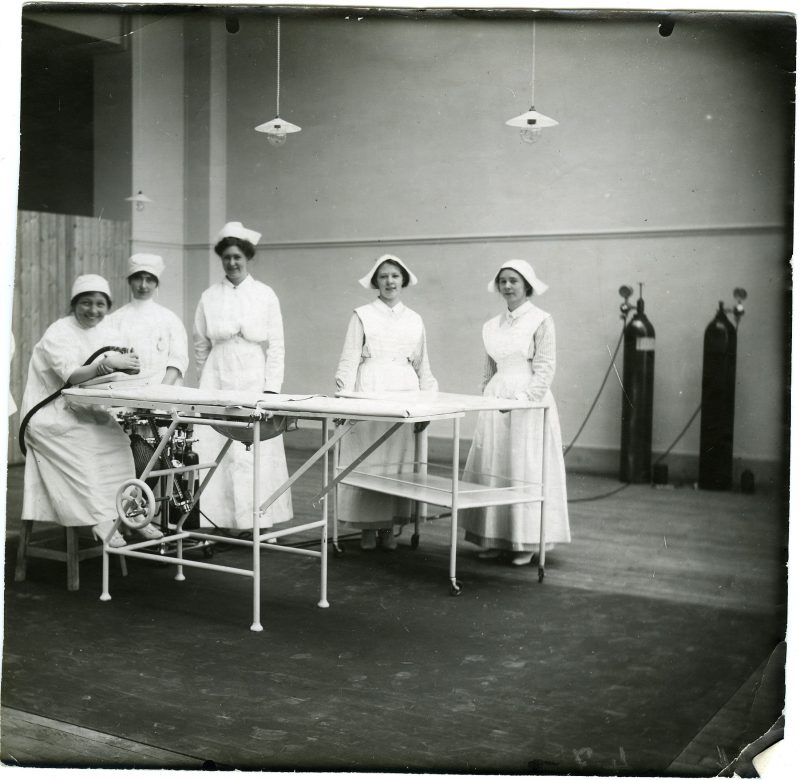 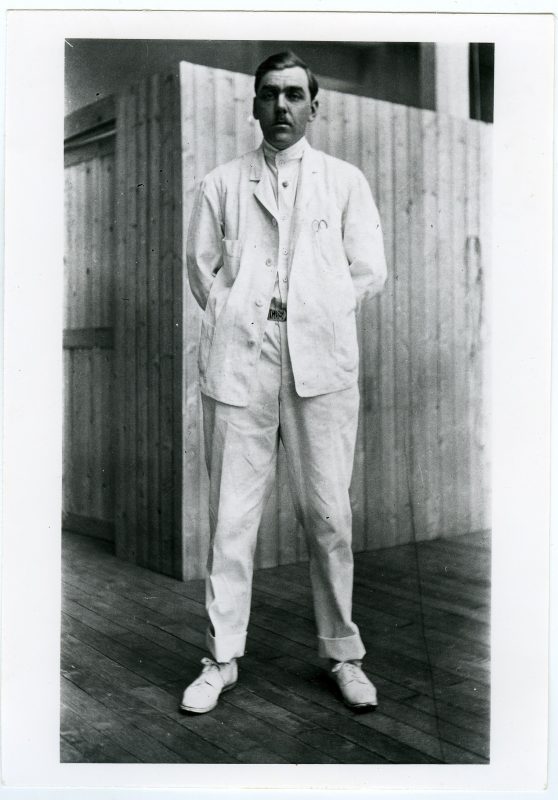 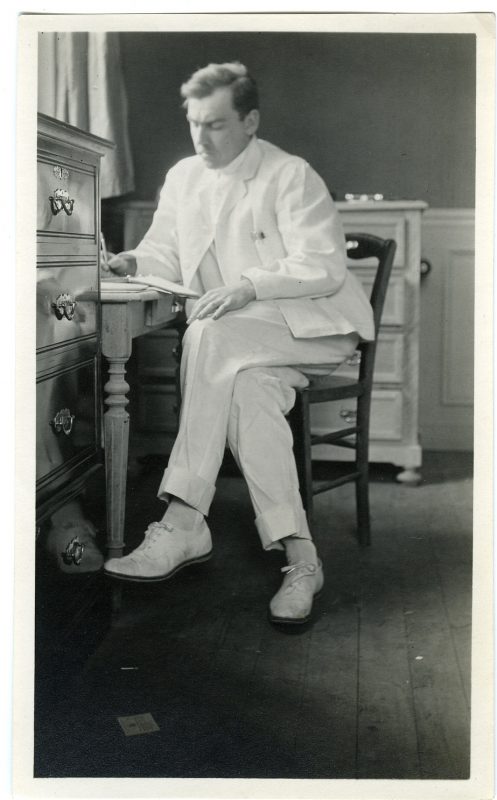 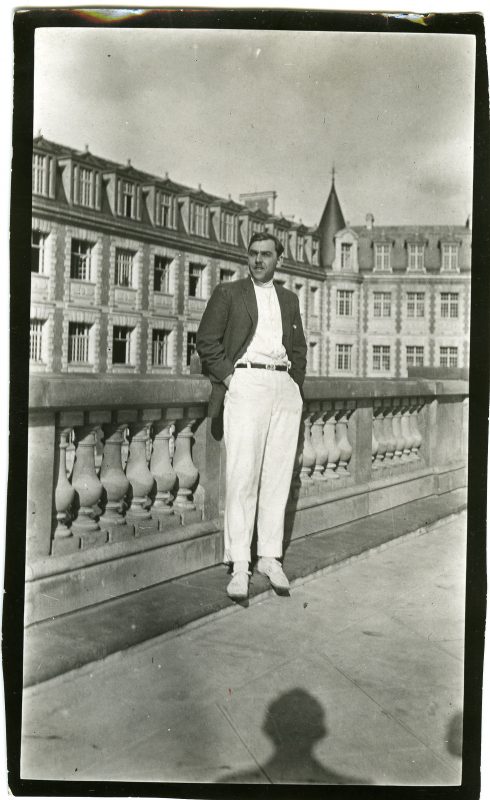 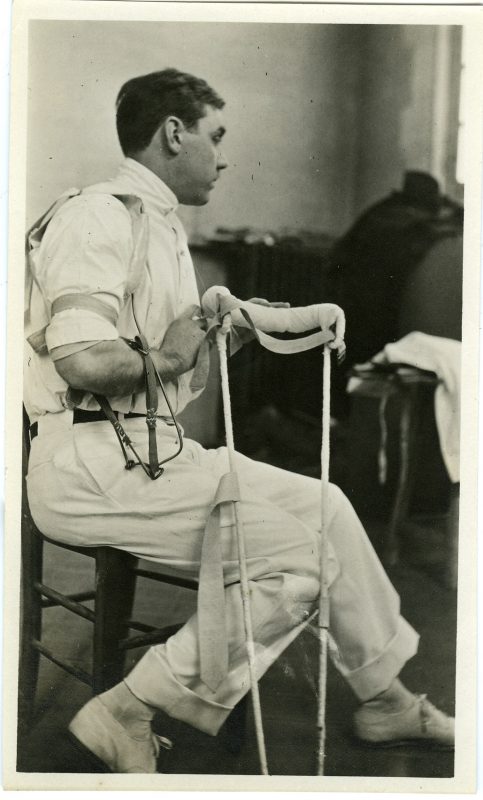 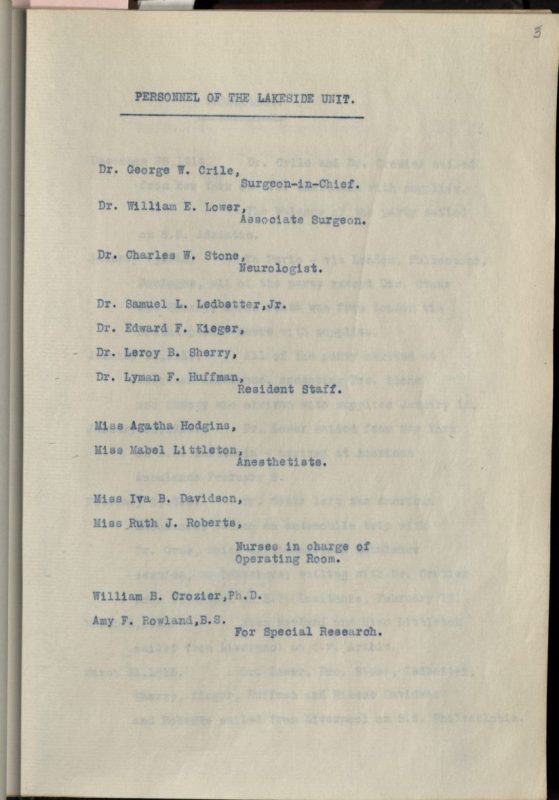 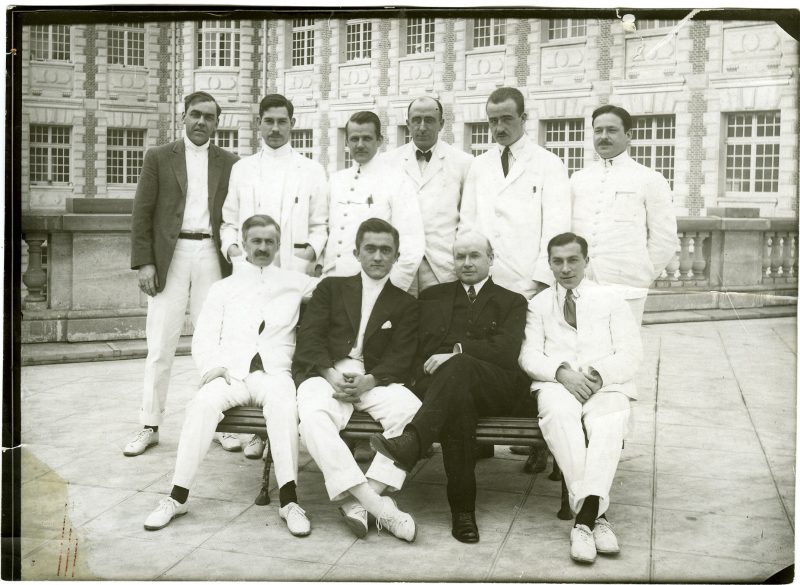 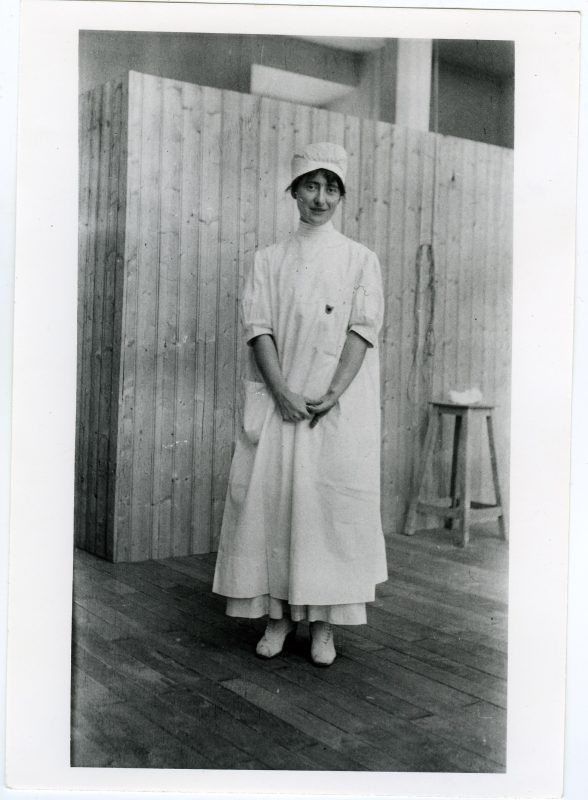 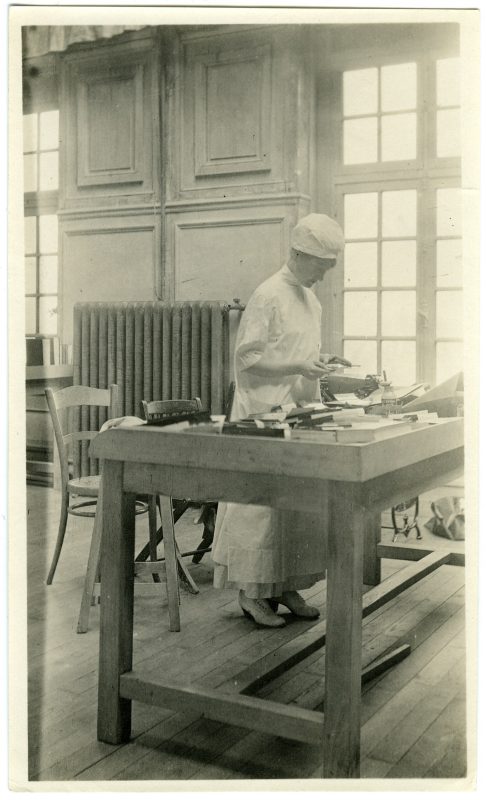 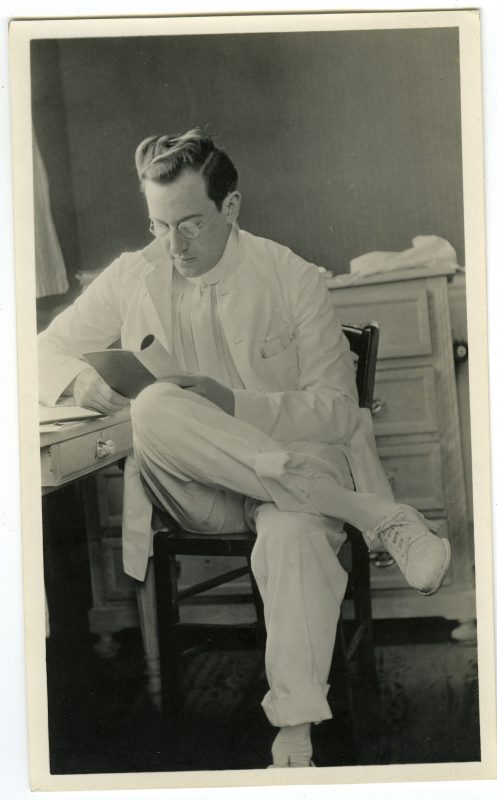 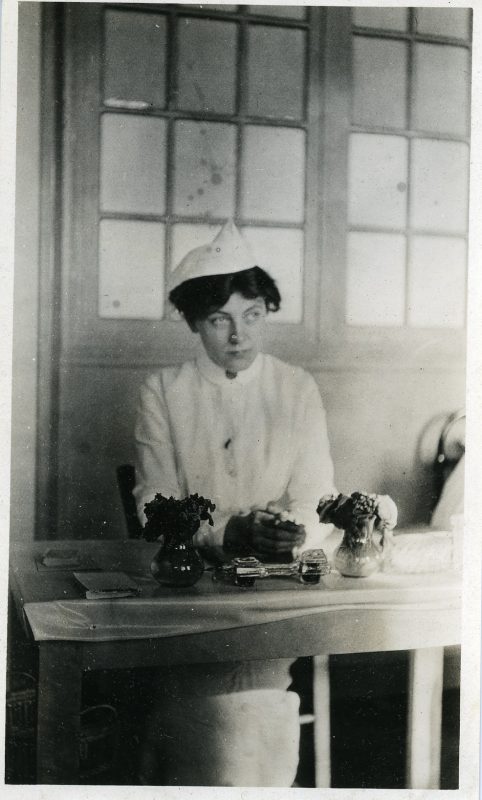 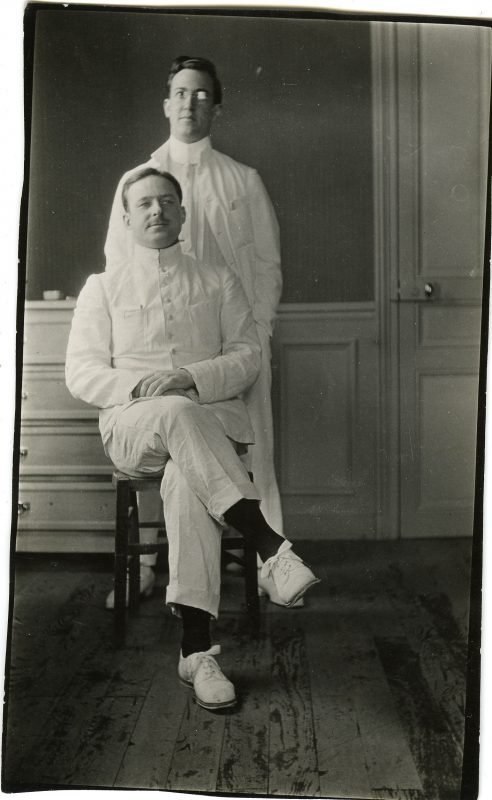