FORENSICS and the STEAMPUNK AESTHETIC

Generally speaking, reactions to the term “steampunk” tend to be of two types: overwhelming enthusiasm or a quizzical expression. What on earth is it? Steampunk is usually defined as a sub-genre of science fiction that features technology and is set during the Victorian era and the industrialization of the West. What kind of technology? Steam-powered, electrical, and mechanical (the gears of clockwork are almost ubiquitous). However, there are other technologies–and other fields of inquiry–on the rise during the period, and these influence the aesthetic of the genre. In today’s post, and as part of our series, we will discuss the rise of forensics, the science that frequently features in crime fiction and even in steampunk. 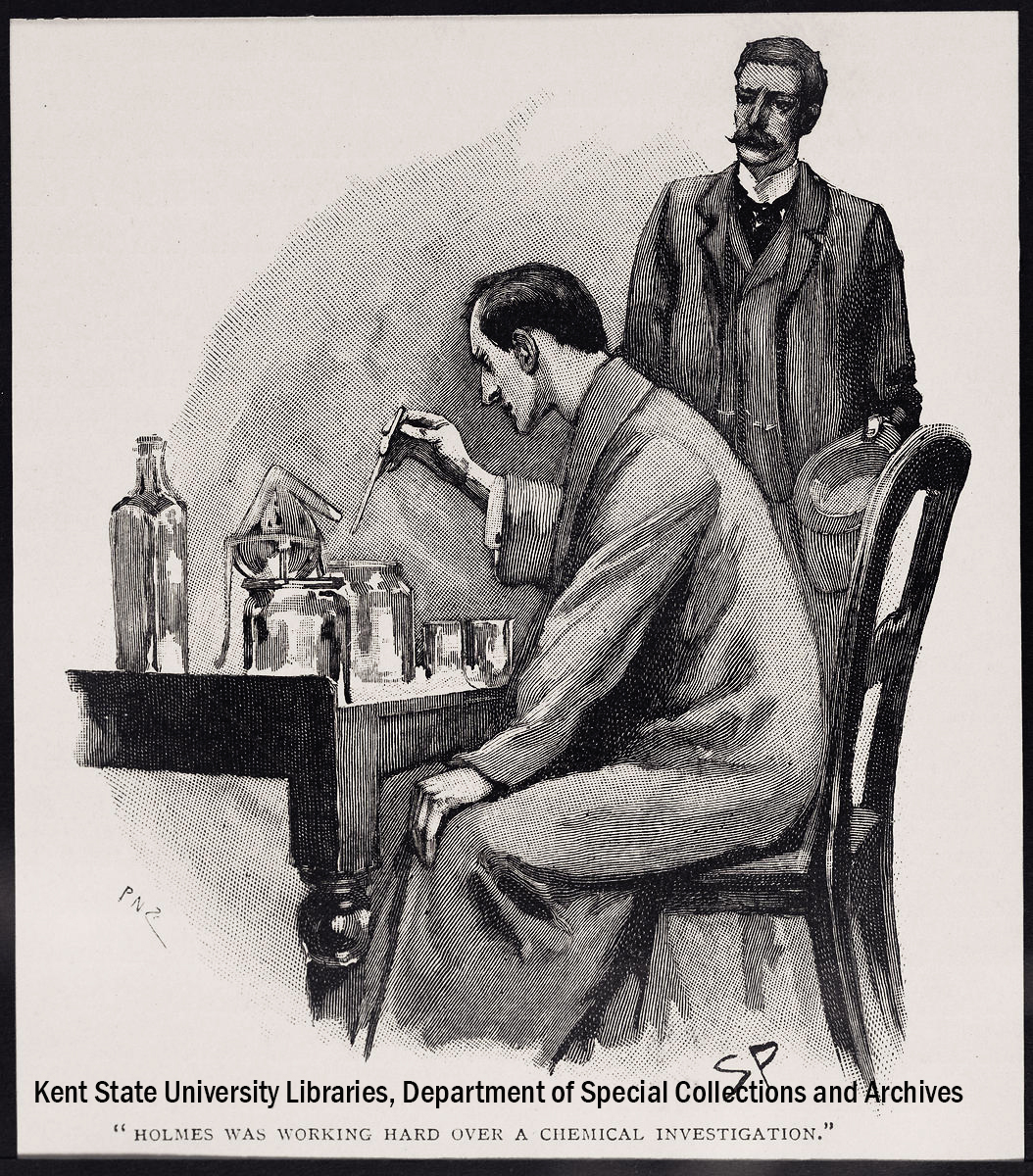 There are a number of films (once books) that classify as steampunk, including Legend of Sleepy Hollow, League of Extraordinary Gentlemen, and Sherlock Holmes. In Legend, our hero is a forensic expert, using gadgets to determine cause of death (and wearing some funky eye-wear–goggles are a hallmark of steampunk.) In Sherlock, of course, Mr. Holmes uses analytical observation to determine the cause of death (and the perpetrator of the crime). Even League has a number of medical-science cross-overs, including the Jekyll and Hyde serum. In many respects, the science in these films reflects new understandings of forensic pathology as it developed in the Victorian age.

FORENSICS and the SCIENCE of DEDUCTION

The science of deduction gained public popularity in part because of Arthur Conan Doyle’s beloved Sherlock Holmes, but forensics have been around for centuries. In the year 1248, a Chinese text (Hsi DuanYu (the Washing Away of Wrongs) described how to tell from physical evidence whether a victim was strangled or drowned. That, in essence, is what forensic deduction is all about. It’s where science, technology, and crime-solving meet.

The 2009 and 2012 Sherlock Holmes movies incorporated forensic technology in different ways. When Sherlock examines a body, he is looking for evidence that will tell him time of death, place of death, and cause of death. Dr. Watson, as a physician, is able to answer some of these questions, too–and today, forensic pathologists are medical doctors. In more modern renderings of Sherlock Holmes’ deductive powers (including the recent BBC Sherlock series), he is also a chemist. Today, deduction is the work of several specialists, from the medical examiner and coroner to pathologists, chemists, and experts of forensic science. (We can’t all be lucky enough to have every talent at once like Mr. Holmes!)

FORENSICS and the HISTORY of MEDICINE

Numerous technological innovations for forensics came from medicine and from medical doctors. An upcoming exhibit at the Dittrick museum will explore early pioneers, like Dr. James Marsh and Dr. Methieu Orfila, whose methods and experiments set the stage for modern criminal forensics. It will also take a look at a local “Sherlock,” Dr. John George Spenzer, a blood and poison expert who helped crack cases for the police. Along the way, we will consider some of the technological innovations that made forensics possible. For instance, the goggles we see in movies were actually used in laboratories. In addition, though the microscopes and lab equipment may look like scenes from science fiction, they are actually scenes of medical science and innovation. The history of medicine as told through the Dittrick Museum collection showcases these innovations, from our static generator and x-ray machine to microscopes, lab equipment, and even the 19th- century doctor’s office. The mechanics, machines, and microscopes of a by-gone era seem both fascinating and foreign today, but help to contextualize our leap into the modern world.

We hope you will continue to tune in for our series on forensics, and that you’ll visit the museum later this spring to see the artifacts and objects from forensic medical history!