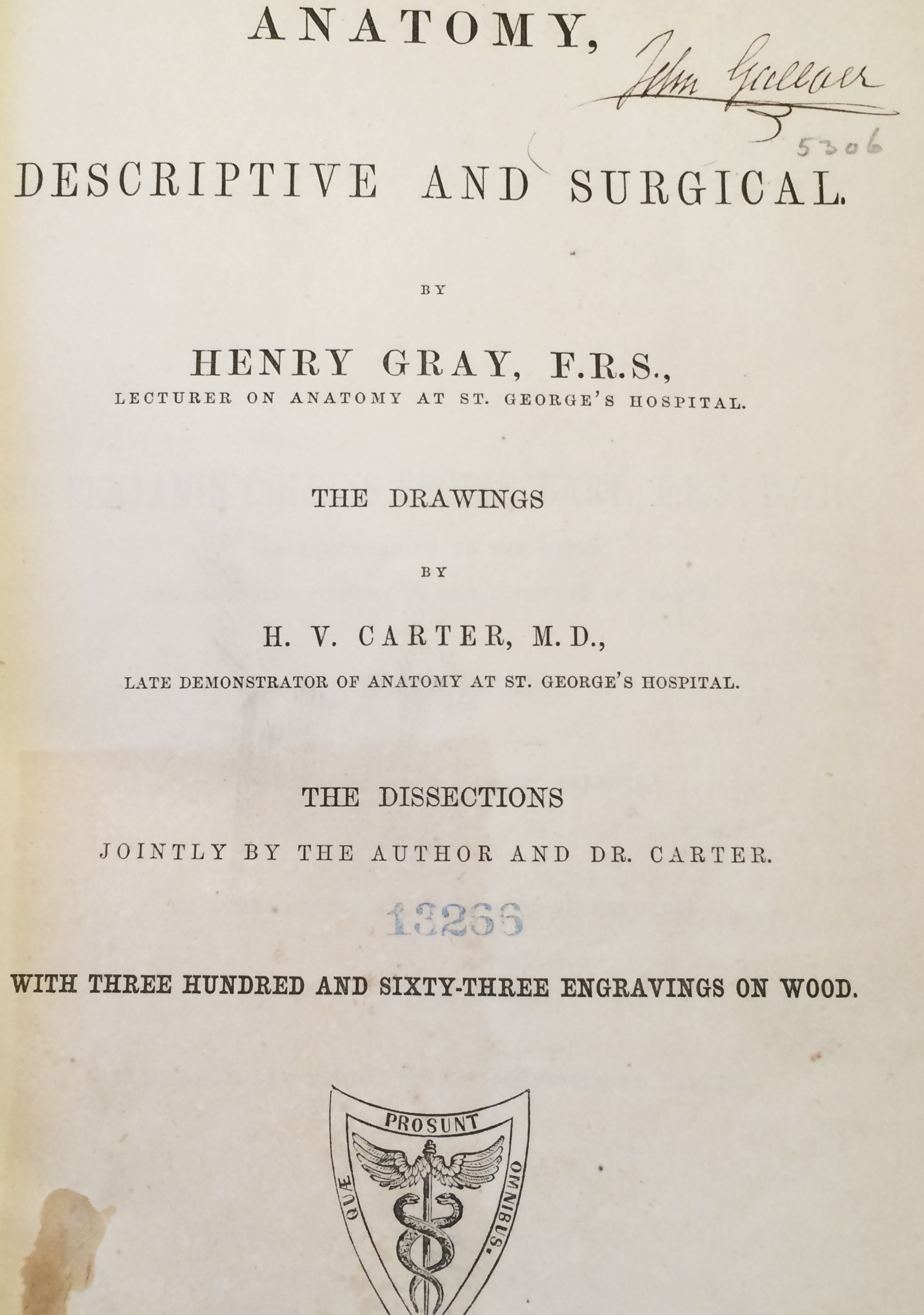 The history of Gray’s Anatomy is well known, but it’s brilliant illustrator Henry Vandyke Carter, is frequently it’s “unsung hero.” Though working tirelessly on the book that would go on to be the single most important textbook for anatomy and medical students, his contribution was “torpedoed” by Henry Gray, and he sunk into obscurity. [1] What remains are the images, displayed here, from the Dittrick Museum’s 1859 edition.

There were two authors, of Gray’s Anatomy, not one. However, as Druin Burch explains, Henry Vandyke Carter “regarded himself, sometimes with a little help from Gray, as belonging to a lower ‘genus’ of humanity, fit only to hold the worldly ladder while his ambitious colleague climbed.” [2]  Even so, the anatomy would never have gained popularity without the fine woodcuts created by Carter. Additionally, the names of muscles, nerves and bones were “written into the 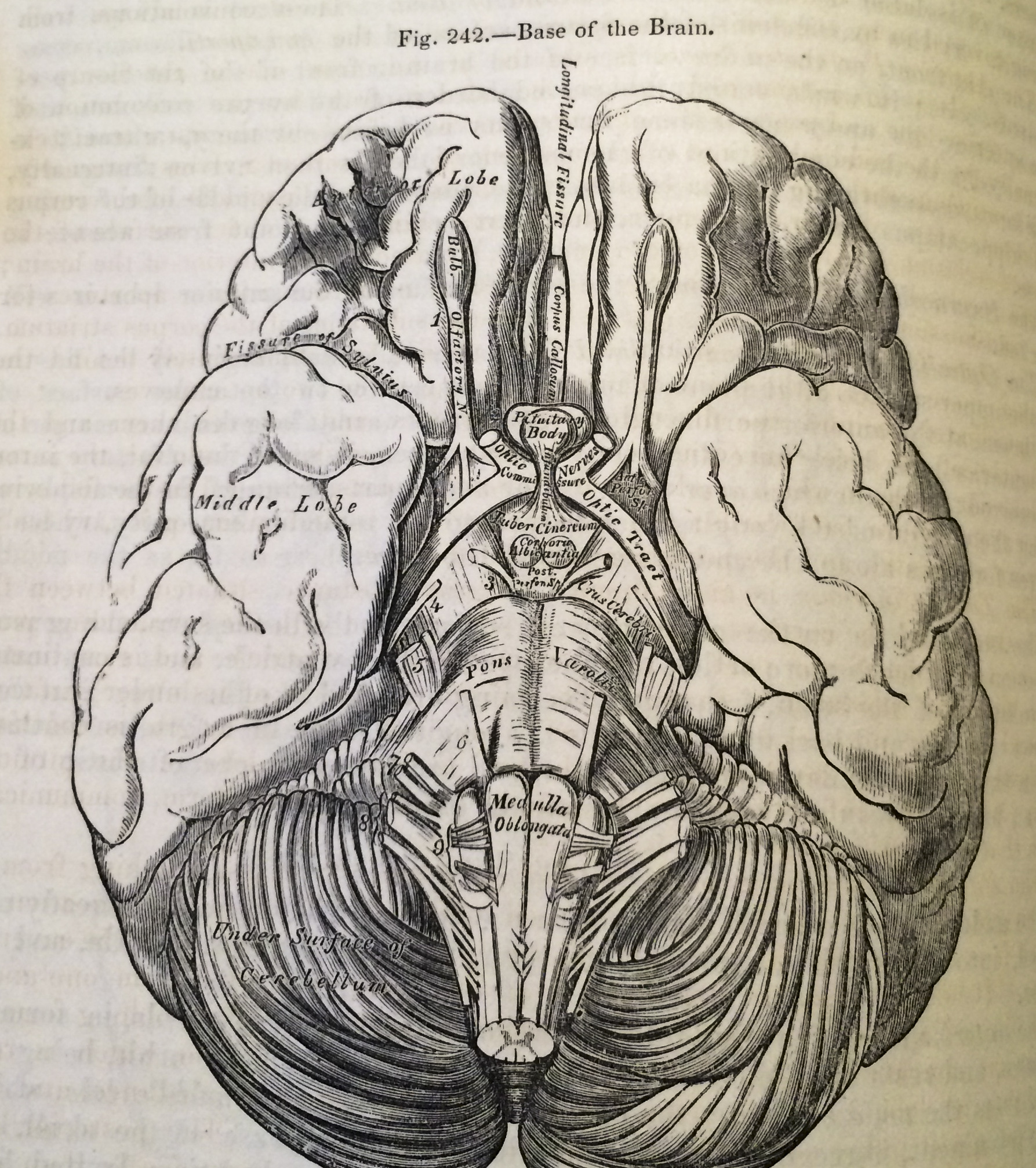 Carter was born today, May 22, in 1831 to somewhat more humble parents than Gray, who was a few years older. He became a student in human and comparative anatomy at the Royal College of Surgeons and earned his Bachelor’s of Medicine degree. After working with Gray to provide some of the notable, elegant, and recognizable engravings of anatomy, Carter joined the Indian Medical Service and became Professor of Anatomy at Grant Medical College in Bombay. He died of tuberculosis in 1897. Between Gray’s Anatomy and the end of his career, Carter studied leprosy and presented stained preparations of the disease bacilli at a medical meeting. [3]  His study on leprosy was considered some of the truly valuable papers of his career, “excelling in the descriptions of macroscopic anatomy of the lesions.” [3] 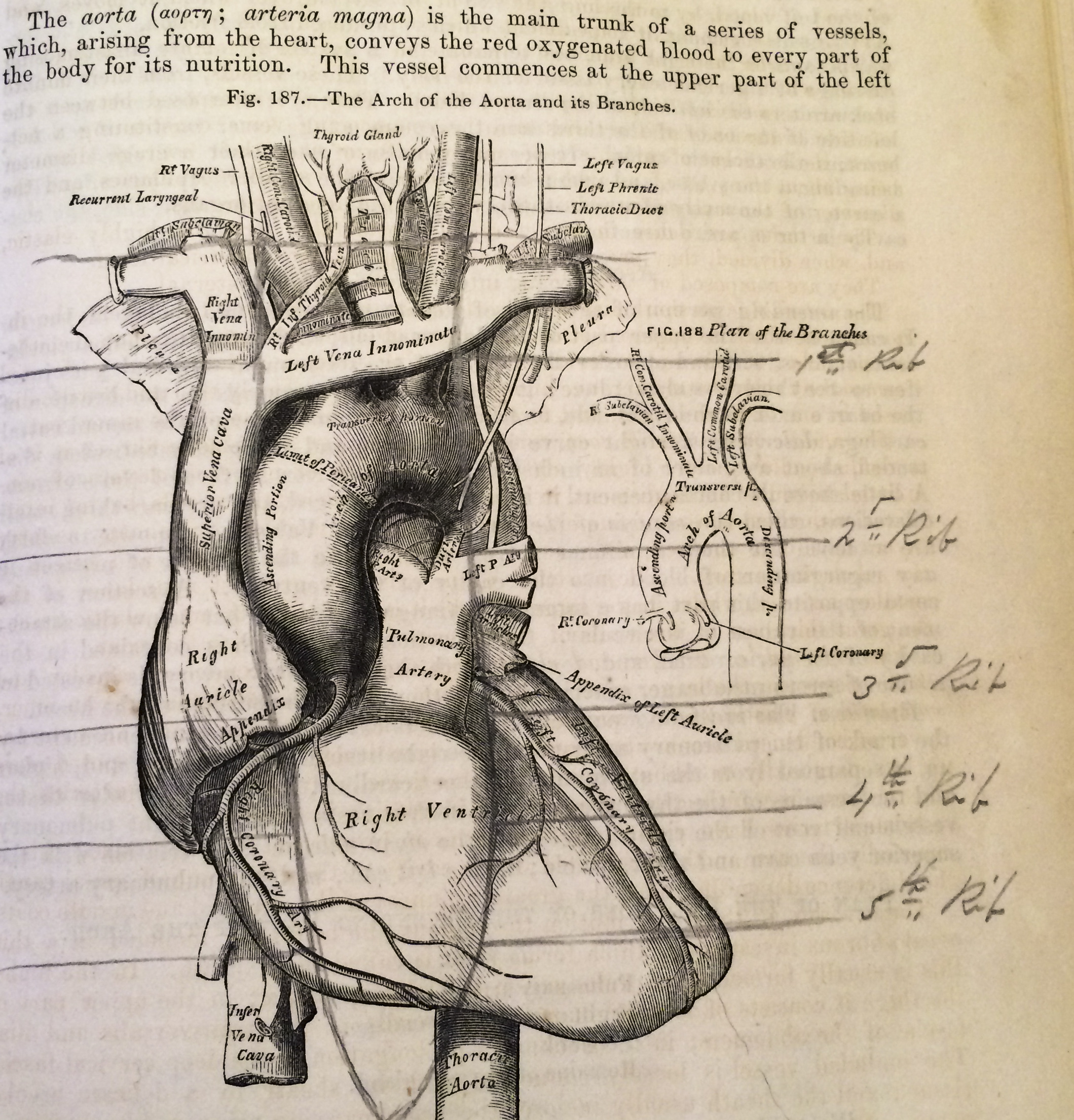 Carter also investigated the cause of fever among famine-stricken Indians in the 1870s. He identified Spirillum minus and brought to notice the role of spleen in “clearing the blood” of microorganisms. [3] Carter was rewarded for his achievements with the Stewart Prize of the British Medical Association–and his meritorous career also earned him the title of Honorary Physician to the queen in 1890. Even so, it is frequently his artwork rather than his life’s work that are most remembered–even if, just as frequently, his name is rarely attached.