It’s #MuseumWeek, where museums around the world take to Twitter in a behind-the-scenes look at collections! Today’s theme concerns secrets; join on here, on Twitter and on Instagram, to see what the buzz is about! #secretsMW

Secret Instruments of Medicine!
In 1569, a family of Huguenots (members of the Protestant Reformed Church of France) fled religious persecution and settled in England. Their surname name was Chamberlen, and this enterprising family forever changed the world of obstetrics. Described by Bryan Hibbard as bold, undaunted, and even unethical and “rogue”-like, [1] the Chamberlens made as many enemies as friends, particularly in the practice of medicine. But they were hard-working, too, innovative and creative. Sometime in the late 16th  century, Peter the elder invented an unusual device for the purpose of delivering children alive even during difficult labors. The hinged, spoon-like instrument would later be called forceps–but for the next several decades, they were known largely as “the secret.” 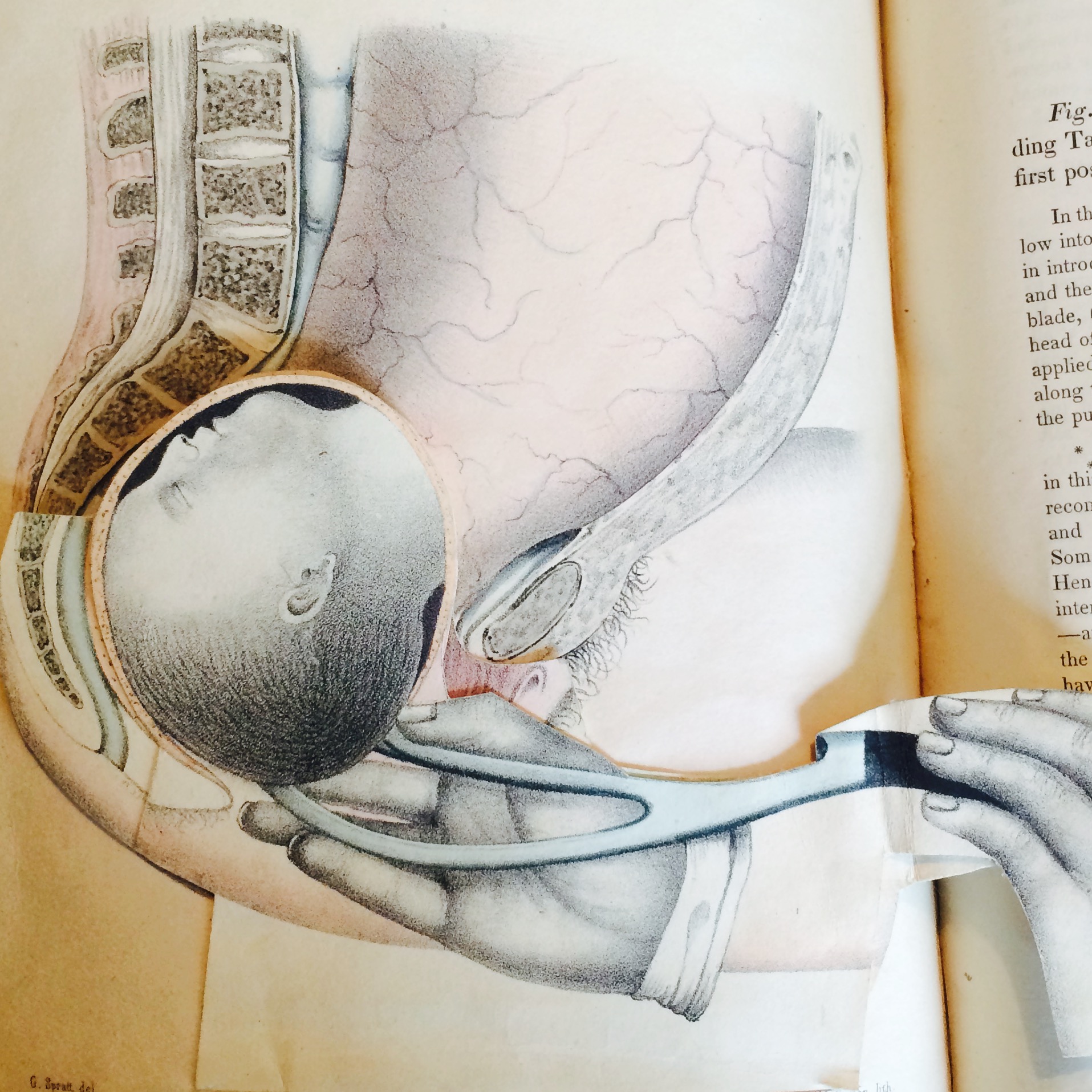 Why? In an age before patents were employed by doctors or instrument makers, the family had every reason to protect their mystery device! They carried something with them that could mean life to both mother and child, and they might have done a bit of show-boating to distract the public (while marketing their services) [see our previous post]. They drove to births in closed or curtained carriages, and it is rumored that they  carried “the secret” in an enormous, gold-covered box that required at least two people to carry it. 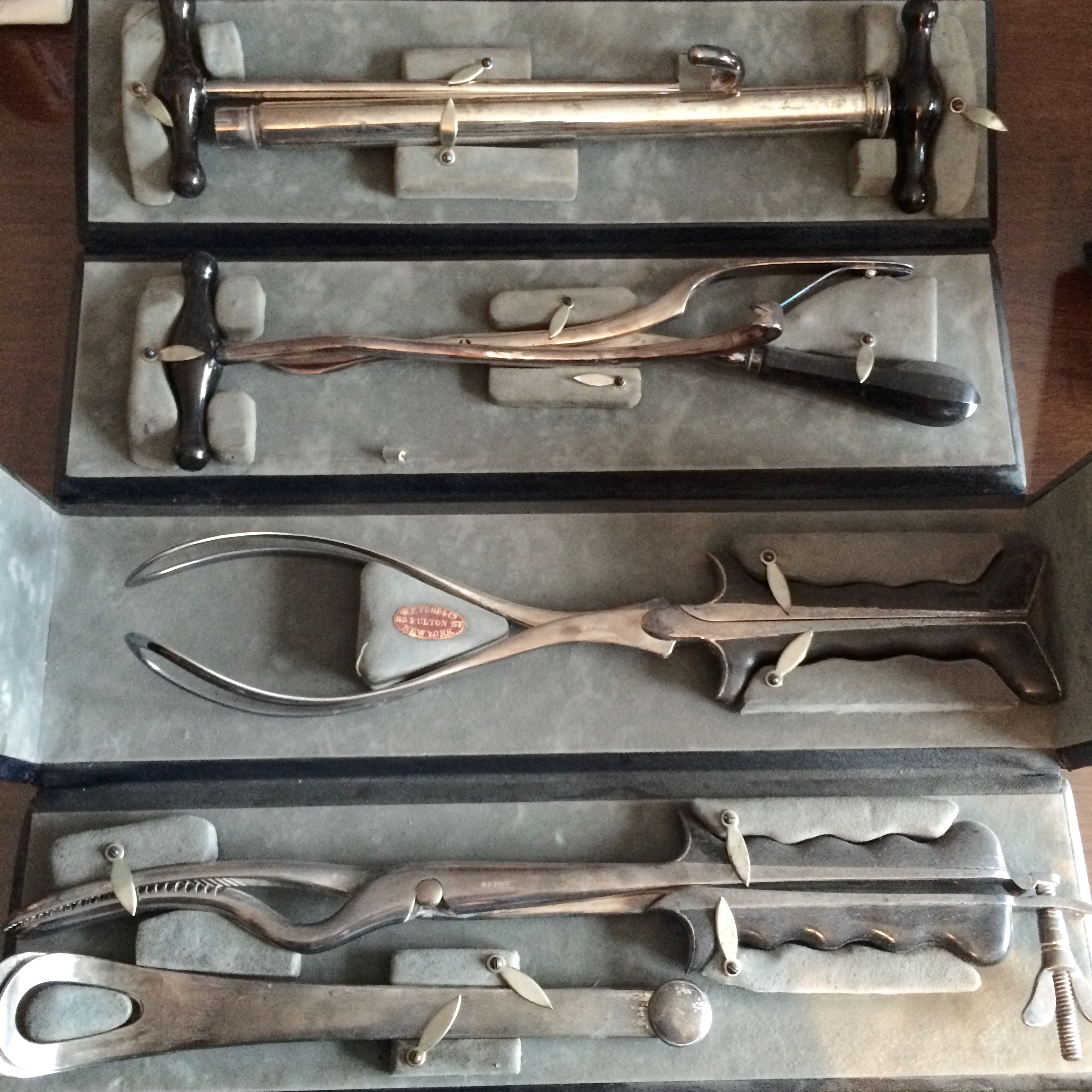 [2] It has also been recorded that patients were blind-folded and that everyone else was required to leave the room during the delivery. They even employed noisemakers and clappers to keep anyone from eave-dropping on the goings on through the adjoining door!

A family member, Hugh Chamberlen, eventually sold the secret for much needed funds–though the design had already been leaked; forceps appeared in various parts of the European continent and England, eventually making it to America and serving as a preferred tool in the early twentieth century before falling out of favor. At the Dittrick, we have a large collection of forceps; for an instrument with a singular purpose, they are surprisingly diverse!

More secrets? Breeding Rabbits’ and the Power of Instruments

Instruments played a part in uncovering at least one more ‘secret’ of birth… In 1727, Mary Toft mimicked birth pangs and contractions and fooled many into believing she had given birth to a brood of baby rabbits. The case was finally overturned by surgeon Sir Richard Manningham, who threatened to cut her open in a live vivisection. Toft confessed to the hoax–(who wouldn’t?) While Manningham’s threat was probably an empty one, it is useful case study for two reasons; first, Toft—as an uneducated woman—was thought incapable of fooling the medical men (who presumably “knew” more about birth than she). Second, Manningham’s threats were of a particularly surgical kind. The mystery of female anatomy would be rendered plain through the surgeon’s instruments.

One way or another, instrumentation had been part of how 18th c male surgeons protected their interests, for only a surgeon could wield instruments, and only those wielding instruments could be considered surgeons. The fact that only man-midwives could use forceps helped to build their practice. The rise of the man-midwife and the rise of forceps tend to go together.