For our final #MuseumWeek post we’re talking about why we LOVE medical history and why we hope that love is contagious! #loveMW

It’s not uncommon for the Dittrick Medical History Center to be referred to a bit like a cabinet of curiosities,  a niche museum, or perhaps more kindly, a “hidden treasure.” Although we’ve always worked to make collections accessible and major public engagement efforts are underway, we still often have to make the case for the (sometimes not so) implicit question “Why should I care about medical history?”

The answer tends to go a little like this:

Medical history is the history of how we come into the world. Our Re-conceiving Birth gallery is not only about doctors, nurses, and midwives — it examines the experiences of women and babies from the 18th century to the 1940s. Beyond the particular questions of labor position, pregnancy diet, and types of forceps, this gallery calls visitors’ attention to larger, still pertinent questions: Is birth a normal or pathological event? Who’s experiences and knowledge are important during labor? Should birth hurt? How are difficult decisions made when both the mother and infant are at risk? 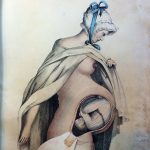 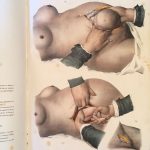 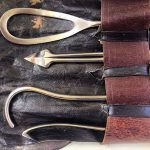 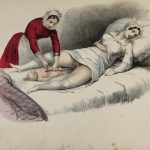 By framing these questions through history, we hope to add to modern debates that these are not new concerns and that “traditional” approaches are not singular or homogenous.

Medical history is the history of how we change and respond to our environments. Humans have faced a range of emerging health concerns through travel to new places, movement into cities, changing diets, and exposure to industrial hazards. Many of the museum’s exhibits examine both the impact of these shifts, such as crowded city-dwelling facilitating the transmission of infectious diseases, and how we respond to these novel health environments. For example, Cleveland was racked by a deadly and disfiguring smallpox epidemic in 1901 and 1902, which was halted through a coordination of efforts to develop and widely distribute a safe vaccine. 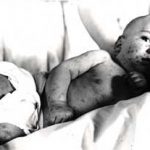 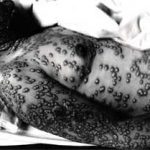 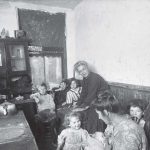 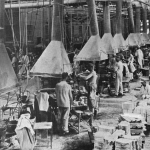 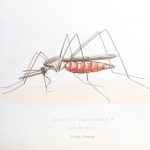 These stories speak to the dynamic relationship between humans and their environment and cautions against assumptions that medical progress has eliminated any risk of new health challenges.

Medical history is the history of how we manage pain and suffering. When visitors arrive at the museum, they are greeted with display cases that detail “If you were sick in…” various years throughout history. These exhibits contextualize both the conditions and therapeutics Americans encountered in 1810, 1860, and 1910 including purgatives and emetics of humoral medicine and the sanitizing devises and techniques developed under germ theory. The types of surgeries, pharmaceuticals, and instruments used by practitioners and the popular advertisements for health restoring or ensuring products reveal the way the body and illnesses are understood. 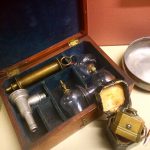 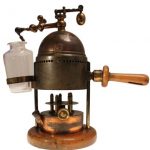 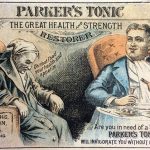 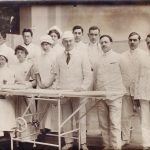 Conceptions of the body and what it means to be healthy are not static, but reflect contemporary challenges and concerns. For example, medicine during WWI developed ways to address mass trauma in the form of gunshot, shrapnel and shell wounds and fractures through pain-free, sterile surgeries that prevented patient shock and hemorrhage. Meanwhile, home front practitioners sought to ensure the continued well-being of citizens living under rations. We’re taking a closer look at these wartime public policies and their attempts to ensure health on April 7th.

Medical history is the history of how we mediate sexual relations and family size. The museum prominently features the Skuy Collection on the History of Contraception, the world’s largest and most comprehensive collection of historical contraception artifacts. This space provides a chronological look at the way fertility has been understood and managed, starting with early texts like the 17th century Aristotle’s Masterpiece, through the 19th century Comstock Laws, the development of the birth control pill, to modern contraceptive devices. Controlling fertility is not a modern pursuit, but has been shaped through history by contemporary social and cultural values regarding family size, appropriate sexual behavior, and the alignment (or not) between biomedicine and popular beliefs about reproduction. 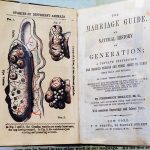 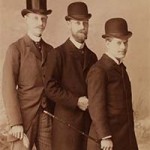 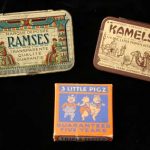 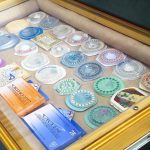 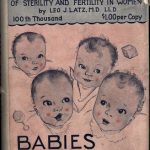 Today’s discussions about access to fertility controlling pharmaceuticals and procedures is part of a longer history of politicized decisions about what is best for certain bodies and for the general public at large. The gallery highlights that “best medical practices” have been occasionally overruled by social pressures against contraception, as well as how a lack of oversight in the development and use of some contraceptive technologies lead to suffering or death of unprotected citizens.

Medical history is the history of how and why we die. Even the way death is depicted — as a failure of medical treatment or an inevitable end — is shaped by the unique historical ways health has been understood. For example, diphtheria, once a deadly disease for children in the late 19th century, became both relatively treatable and preventable within a few decades through use of diphtheria antitoxin and large-scale immunization efforts. 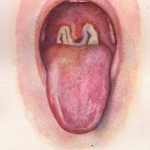 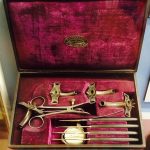 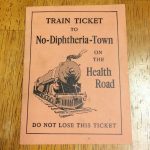 Other exhibits tell about the detective-like work of medical practitioners in discovering the causes of death. For example, development of the stethoscope allowed physicians to hear inside the body, however what they heard was not immediately clear. Doctors used the stethoscope to listen to ill patients’ breathing and heartbeats in the early 19th century and attempted to treat their conditions. When the patients almost invariably died from their diseases, the practitioners conducted post-mortem  examinations to match the sound they’d heard with internal abnormalities. The Blaufox Hall of Diagnostic Instruments illustrates how this process led to an improved ability to diagnose pathologies in living patients while providing directed treatment for their particular needs. Understanding why and how we die improves how we interpret our bodily experiences into symptoms and causes for concern. 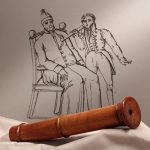 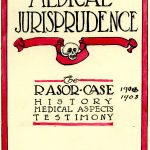 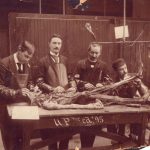 Our forensics collections offer a different way of understanding causes of death. New methods to detect poisons or cause of death not only reveal how our bodies function, but also speak to larger stories about personal relationships and the integration of science into courts of law.

Basically, medical history is the history of people. Through a shared focus on the biological, environmental, and social aspects of people’s lives, engaging with medical history not only allows for a more nuanced perspective on how people have lived, but tells us something about the diversity of challenges and responses that await us.