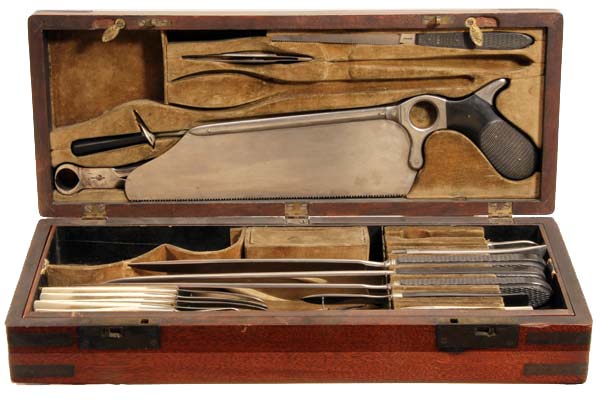 The military conflict of the Civil War never reached the Western Reserve, but it affected everyone here. Most important, it made people realize that local hospital facilities were inadequate, even for the demands of peacetime. The war experience also altered public attitudes toward hospitals. For the first time, people from all walks of life entered hospitals, not just the destitute and depraved. Officers and enlisted men, both rich and humble, had been cared for in military hospitals. Going to the hospital would, therefore, no longer be a mark of shame and disgrace. In the aftermath of the war, St. Vincent de Paul Charity Hospital and Cleveland City Hospital (now University Hospitals) came into existence.Later another hospital was also called Cleveland City Hospital. It was the forerunner to MetroHealth Medical Center. In the ensuing years, these two charitable institutions provided the highest standard of medical care in Cleveland and the Western Reserve.

Military service convinced Weber that Cleveland needed a general hospital to serve the community’s medical needs. In 1863 he joined forces with Bishop Rappe of the Catholic Diocese of Cleveland to found St. Vincent Charity Hospital. The Sisters of Charity of St. Augustine provided administration and nursing staff, and Weber served as chief of surgery. Opened in October, 1865, this was Cleveland’s first voluntary hospital. Weber also established Charity Hospital Medical College. His students, drawn by his reputation as Surgeon General, learned clinical medicine in the hospital. In Cleveland, this novel approach to educating doctors was unique to Weber’s medical college.