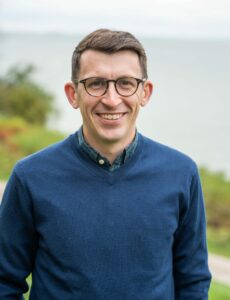 Matthew Lacombe is the Alexander P. Lamis Associate Professor in U.S. Politics in the Department of Political Science at Case Western Reserve University. His research and teaching interests are in American politics and engage with a range of topics, including interest groups and parties; gun politics; political identity, ideology, and behavior; inequality and representation; and American political development.

Matt is the author of Firepower: How the NRA Turned Gun Owners into a Political Force, which uses the case of the National Rifle Association to identify and explain how interest groups can shape their members’ behavior in ways that help them advance their policy agendas and gain influence within political parties. Along with Benjamin Page and Jason Seawright, he is a co-author of Billionaires and Stealth Politics, a book that details the political preferences and behavior of U.S. billionaires. His research has appeared (or will appear) in the American Political Science Review, Journal of Politics, Perspectives on Politics, Policy Studies Journal, PS: Political Science and Politics, Social Science Quarterly, and the Journal of Political Science Education. It has also been discussed in a wide range of media outlets, including the New York Times, New Yorker, NBC News, NPR, Guardian, Washington Post, Vox, FiveThirtyEight, and Time. It was also featured in The Price of Freedom, a documentary that premiered at the Tribeca Film Festival.

Before joining CWRU, Matt was an Assistant Professor at Barnard College, Columbia University from (2019 to 2022) and a National Fellow at the University of Virginia’s Jefferson Scholars Foundation (2018-2019). He received his PhD from Northwestern University and BA from Allegheny College.

More information can be found on Matt’s personal website: www.matthewlacombe.com