The Power of Thank You

A thank you goes a long way. This was especially true for friend of the college, Greta Grossman Pearson.

Last spring, Greta received a letter from the most recent scholarship recipient of the Elsie Simon Grossman and George Grossman Scholarship Fund for the Sciences, an endowed fund named for her parents. It was established in 1989 by Mrs. Pearson and her sister Ms. Judy Schaffer to support students in the arts and sciences in honor of their mother, Elsie Simon Grossman, a 1922 graduate of Flora Stone Mather College, and father, George Grossman, a 1921 graduate of The Case School of Applied Science. 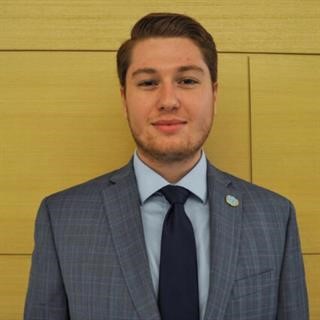 Recent recipient, Joey D’Amato Kass, transferred to Case Western Reserve University two years ago to study chemistry. After being awarded the Grossman scholarship, Joey sent a heartfelt and impactful note to Greta, which she could not wait to share.

“Having been a transfer student to Case Western Reserve, I was afforded a unique opportunity; I was able to choose at which University to study a second time,” wrote Joey. “Your generous contribution to scholarships has enabled me to maximize my potential as a student interested in joining the field of medicine. I am continually thankful for the education I receive at the University, knowing how respected an institution it is, as well as the invaluable knowledge and wisdom I will gain from the faculty, staff, and fellow students here with me.”

Learning these details about Joey left Greta feeling assured that her parents’ legacy would continue to be honored through scholarship support for students at Case Western Reserve University. She stated, “Joey was exactly the kind of student my father would be proud to support.” 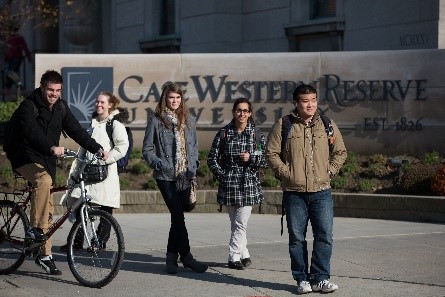 Building on a successful pilot at Case Western Reserve, the Humanities in Leadership Learning Series (HILLS) Program will strengthen the representation of arts and humanities faculty in leadership tracks from underrepresented groups within higher education. Ultimately, the HILLS Program acts as a replicable model for other institutions of higher learning.

This philanthropic investment from the Mellon Foundation has enabled the College to launch a program supporting humanities faculty, postdoctoral fellows, and graduate students pursuing excellence in scholarship and teaching interested in developing the skills needed to take on leadership positions in academia. 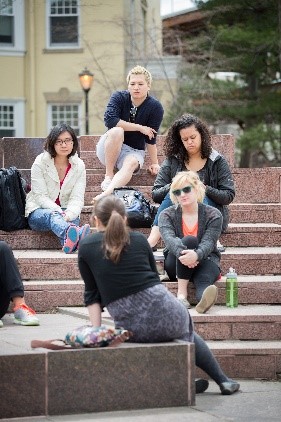 The Hills program has recently appointed three postdoctoral fellows who are required to teach on course during their residency at CWRU.

The Mellon Foundation’s investment in the Humanities will allow the College to focus on inclusion, diversity of background, and thought, making them essential to the future of  CWRU.

Experiential learning programs within the College of Arts and Sciences allow students to apply what they have been taught to solve real-world challenges. The engaged learning process helps accelerate the journey from novi 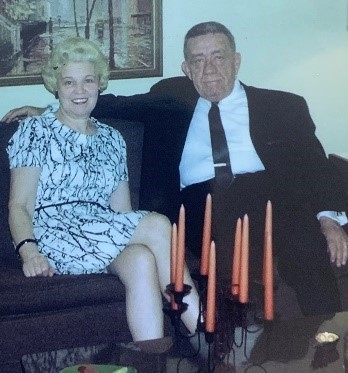 The Francis J. and Earla E. Rocks Experiential Learning Fellowship Endowment Fund, created in 2007 by their son, James (Jim) Rocks, provides financial support for undergraduate experiential learning projects for students majoring or minoring in art history and art classics, English, modern languages and literature, music, theater, and dance. Jim shared that he chose to “endow an experiential learning fellowship in honor of my parents because even though neither of them went beyond high school, they valued learning and knew its importance for success. My father was a self-made man in the old model but believed that learning/research and experience were both necessary to make either one viable. I also believe that the opportunity to travel to study a topic or problem – as I did as a French major at Case Western Reserve – is one of the best forms of education for a student.” 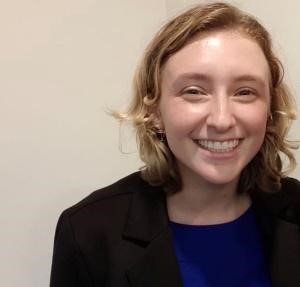 Kimberly Osbern was the 2020 Francis J. and Earla E. Rocks Experiential Learning Fellow and a 2021 graduate who received a double major in International Studies and French and a minor in Russian. Through the Rocks Fellowship award, Kimberly had the opportunity to research the effects of homophobic legislation on the LGBT community in the Russian Federation. Her project, most of it conducted in Russian, focused on researching Russian government documents and official websites to uncover information on the number of arrests and fines for LGBT activity both prior to and following the passage of the 2013 law banning “gay propaganda,” and its overall effect on the LGBT population in Russia since that time. Through this project, Kimberly has gained experience navigating and comprehending foreign legislation, which will help her in her planned career as a Foreign Service Officer. This past spring, Osbern presented her research findings at Intersections to the CWRU campus community.

Kimberly has recently been awarded the prestigious Fulbright scholarship to further her career goals. In November 2021, she moved to the Republic of Moldova, where she is researching until June 2022. With a deep interest in Russia and the former Soviet Union, Obsern’s project focuses on reunifying Moldova and Romania and investigating if Moldovians’ opinions are connected to the language they speak.

Obsern’s love for international studies was inspired by her high school band teacher, who regularly discussed global politics during class. As her interest in international studies grew, Osbern found herself reading news sites in different languages, most often French, which she now speaks fluently. The more she learned, the more she realized her love for global politics.