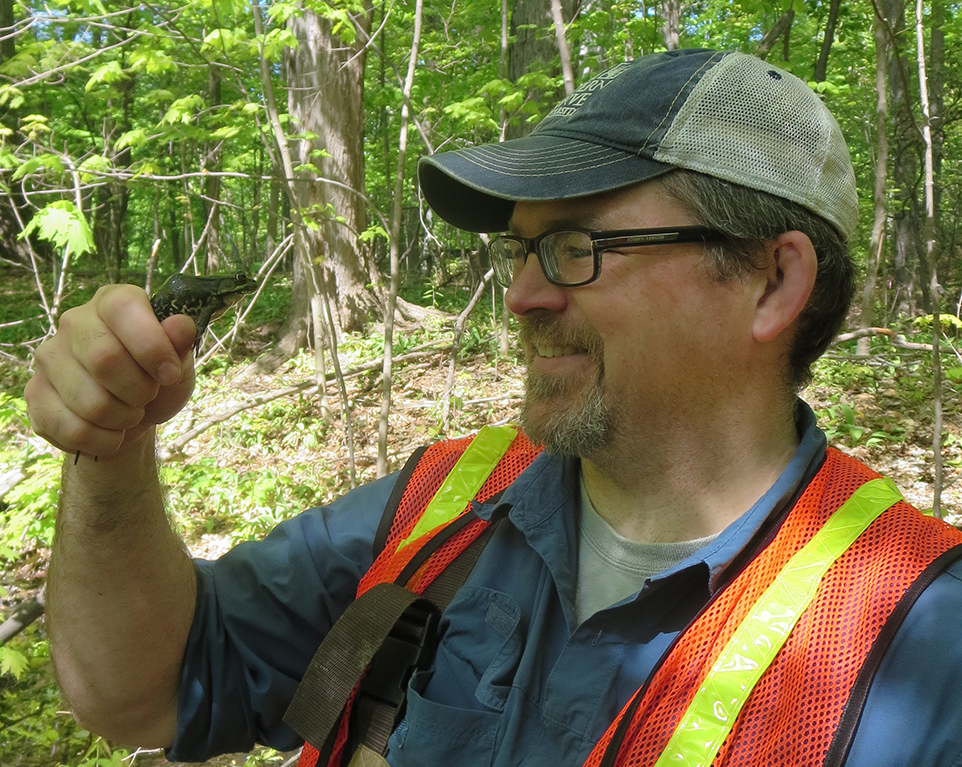 In my research, I seek to determine how changing environments affect organisms’ abundances, traits and ecological interactions. Achieving this goal requires understanding how species respond to natural environmental variation, as well as understanding how they respond to human-caused disturbance such as habitat destruction and climate change. Understanding species’ responses will play a critical role in developing conservation strategies for imperiled species, and control strategies for harmful species. My main study organisms are amphibians, which are undergoing severe worldwide declines. It is important to determine why amphibians are declining and how we can stop those declines because amphibians provide important ecological services (e.g., insect control) and they can also serve as a sensitive indicator of environmental change that might directly harm humans (e.g., pollutants).

A video describing an aspect of amphibian ecology studied in the Benard Lab: