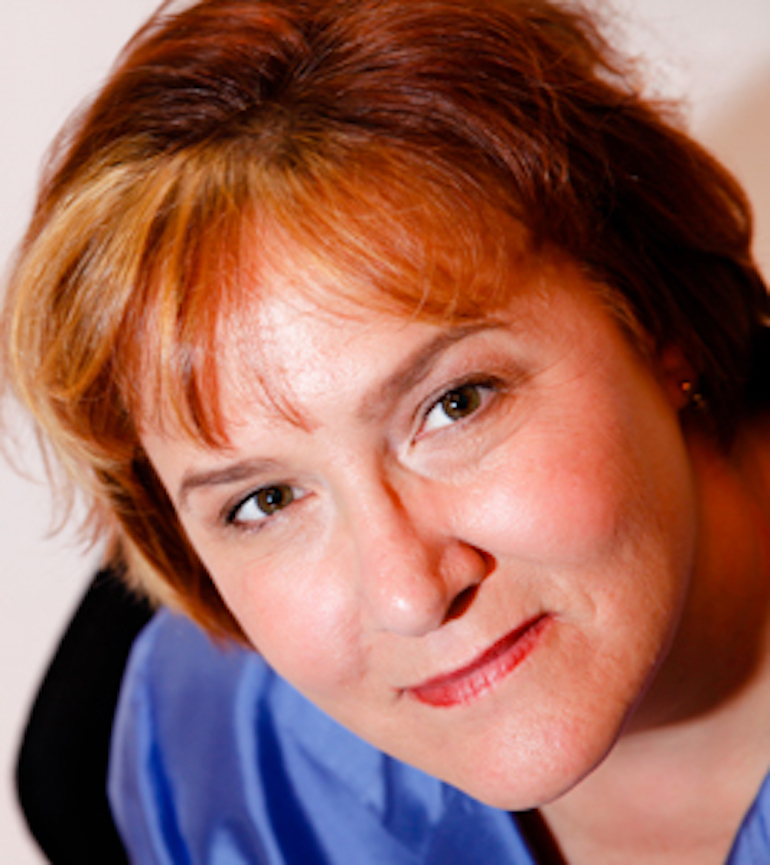 Professor McGee has been coaching voice and acting at Case Western Reserve University and directing productions at Eldred Theater since 1988.  She received her vocal training from internationally known voice specialist Arthur Lessac and his master teachers, and trained in the Linklater voice technique at Shakespeare & Company (Lennox, Massachusetts) and with Kristin Linklater.  She has studied Shakespearean text, voice, movement, and acting at Shakespeare & Company and with London’s Royal National Theatre Studio.  She has also studied Fitzmaurice voice technique with Catherine Fitzmaurice and the “International Phonetic Alphabet Pillows Technique” with Linklater Master Teacher Louis Colaianni.  In 2007 she earned a Certificate for participating in over 300 hours of workshops at the Roy Hart Theater Centre Internationale in Maléragues, France, where she has also taught workshops with Roy Hart Master Teachers Ivan Midderigh and Marie Paule Marthe.  She has conducted international voice workshops with the Theater Union of Russia in Moscow, and with Mexico City’s Center for Voice, CEUVOZ, in Mexico.  In 2009 and 2010 she conducted vocal workshops at the Kennedy Center for Performing Arts in Washington D.C. for the KCACTF Irene Ryan finalists.  In 2011 she was the Head Voice Coach for the Colorado Shakespeare Festival, where she coached Romeo and Juliet, The Comedy of Errors, a bi-lingual production of The Inspector General, and was the dialect designer for The Little Prince.

Beth was president of the Voice and Speech Trainer’s Association (VASTA) 2008-2010, during which time she presided over VASTA’s national conference in New York City with featured presenters Catherine Fitzmaurice, Arthur Lessac, Kristin Linklater, and Patsy Rodenburg, and VASTA’s third International Conference, presented in conjunction with CEUVOZ, in Mexico City.

McGee is a member of Actors’ Equity Association and performs in Cleveland area productions.  She also serves as a dialect coach for Cleveland area theaters. In 2016-17, she was the dialect coach for the production season of Cleveland’s Dobama Theatre, and she co-created Roaring Third Productions, a theater company dedicated to creating site-specific immersive theater to audiences in Northeast Ohio.  In 2015, Beth was the on-site dialect caoch for the Cinemax television series, Quarry, which aired in the fall of 2016.

In 2001, McGee dialect coached the Warner Brothers film, “Welcome to Collinwood,” produced by George Clooney and Stephen Soderbergh and directed by Emmy award winning directors Joe and Anthony Russo. In 1981 she recorded “Love is Teasing,” a vinyl recording of folk songs released on the Folkway’s Record label; it is now housed in the Smithsonian Museum permanent collection in Washington, D.C.  McGee has had essays published in the Voice and Speech Review and won a New Playwright’s Award for her one-woman show, Indian Territory.  Professor McGee is a recipient of a Lilly Foundation Teaching Fellowship, a Case Ethics Fellowship, a UCITE Teaching and Learning Fellowship, and 2002-2008 she served as CWRU’s first Faculty Diversity Officer for the Office of the President and Provost.  She was a founding faculty member and professor in the CWRU College Scholars Program and a recipient of the CWRU President’s Initiative Award for Interdisciplinary Learning,