Ramadan is the Muslim holy month, and even amid a pandemic, most of the world’s 1.9 billion Muslims will observe it in some form. Which means there’s a good chance a friend of yours, a classmate, a student, a faculty member or a coworker will be celebrating, fasting, and doing all sorts of other activities that are unique to the holy month. 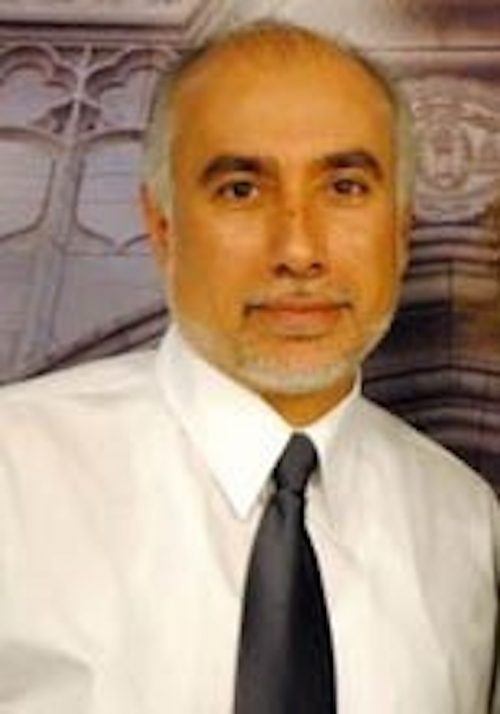 But what is Ramadan, exactly? What’s the deal with fasting during this month? And is there anything special you should do or say when you’re around Muslim friends and acquaintances during Ramadan?

Ramez Islambouli, full-time lecturer of Arabic in the Department of Religious Studies, provides 5 things to know about Ramadan.

1) What is Ramadan actually about?

Ramadan is the most sacred month of the year for Muslims—Prophet Muhammad reportedly said, “When the month of Ramadan starts, the gates of heaven are opened and the gates of hell are closed and the devils are chained.”

Muslims believe it was during this month that God revealed the first verses of the Quran, Islam’s sacred text, to Mohammed, on a night known as “The Night of Power” (or Laylat al-Qadr in Arabic). During the entire month of Ramadan, Muslims fast every day from dawn to sunset. It is meant to be a time of spiritual discipline—of deep contemplation of one’s relationship with God, extra prayer, increased charity and generosity, and intense study of the Quran. And at the end of Ramadan there’s a big three-day celebration called Eid ul-Fitr, or the Festival of the Breaking of the Fast.

2) How does fasting work?

Fasting during the month of Ramadan is one of the five pillars—or key practices—of Islam, along with the testimony of faith, prayer, charitable giving, and making a pilgrimage to Mecca. All Muslims are required to take part every year, though there are special dispensations for those who are ill, pregnant or nursing, menstruating, or traveling, and for young children and the elderly.

The practice of fasting serves several spiritual and social purposes: to remind you of your human frailty and your dependence on God for sustenance, to show you what it feels like to be hungry and thirsty so you feel compassion for (and a duty to help) the poor and needy, and to reduce the distractions in life so you can more clearly focus on your relationship with God.

During Ramadan, Muslims abstain from eating any food, drinking any liquids, smoking cigarettes, chewing gum and engaging in any sexual activity, from dawn to sunset. Doing any of those things “invalidates” the fast for the day. To make up for days you didn’t fast, you can either fast later in the year (either all at once or a day here and there) or provide a meal to a needy person for each day you missed.

Muslims are also supposed to try to curb negative thoughts and emotions like jealousy and anger, and even lesser things like swearing, complaining, and gossiping, during the month. Some people may also choose to give up or limit activities like listening to music and watching television, often in favor of listening to recitations of the Quran.

During Ramadan, Muslims wake up well before dawn to eat a pre-dawn meal (called Suhoor), which has to last until sunset. This means eating lots of high-protein foods and drinking as much water as possible right up until dawn, after which you can’t eat or drink anything.

Muslims are not supposed to avoid work or school or any other normal duties during the day just because they are fasting. In many Muslim countries, however, businesses and schools may reduce their hours during the day or close entirely. For the most part, though, Muslims go about their daily business as they normally would, despite not being able to eat or drink anything the whole day.

At sunset, Muslims break the day’s fast with a meal called an iftar (literally “breakfast”) which is often shared with family and friends.

After the meal, many go to the mosque for a special prayer (called Taraweeh) that is only recited during Ramadan.

4) Why do the dates of Ramadan change every year?

So that means that the first day of the month of Ramadan, which is the ninth month of the Islamic lunar calendar, moves backward by about 11 days each year. This has a large impact on how people experience Ramadan from year to year. When Ramadan falls in the winter, it’s much easier to fast: the days are shorter, which means you don’t have to fast as long, and it’s colder out, so not being able to drink water all day isn’t as big of a deal because you’re not sweating as much. Conversely, when Ramadan falls in the summer, fasting can be hard. And in some Northern European countries such as Iceland, Norway, and Sweden fasting can last an average of 20 hours in the summer. (And in a few places above the Arctic Circle, the sun never actually sets in the summer. In these cases, Muslims can either fast along with the closest Muslim country or fast along with Mecca in Saudi Arabia.

5) What can I do to be respectful of my Muslim friends during Ramadan?

There are things you can do, and not do, to make things a little easier for friends or colleagues who happen to be fasting for Ramadan. If you share a room or an office with someone fasting, maybe eat your meal not in front of them and try to remember not to offer them a bite or a sip of what you’re eating or drinking and if you’re having a dinner party and you want to invite your Muslim friends, try to schedule it after sunset so they can eat. Muslims don’t drink alcohol or eat pork, but some don’t mind being around it.

If you want to wish your Muslim friends or acquaintances a happy Ramadan or happy Eid ul-Fitr, you’re welcome to just say, “Happy Ramadan!” or “Happy Eid!” That’s not offensive or anything. But if you want to show them you made an effort to learn more about their religion, the standard greetings are “Ramadan Kareem/Eid Kareem” (which means “have a generous Ramadan/Eid”) or “Ramadan Mubarak/Eid Mubarak” (which means “have a blessed Ramadan/Eid”).