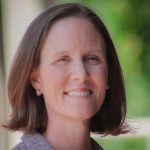 Justine Howe, associate professor in the Department of Religious Studies, is the editor of the recently released The Routledge Handbook of Islam and Gender, featuring 32 original essays. Written by a team of international contributors, the essays highlight exciting developments in areas such as masculinity studies, queer theory, consumer culture and critical race theory.

“Contrary to popular representations of Islam as uniquely oppressive toward women, this volume demonstrates the rich diversity of gendered norms and practices among Muslims, and how these have been shaped by broader historical and cultural factors,” she said.

Howe has been working on the volume since 2017. She was motivated to undertake the project by her experiences teaching Women, Gender and Islam at Case Western Reserve.

She explained, “Although there are many excellent edited volumes on Muslim women, there were very few that focused on gender as an analytic for understanding Muslim texts and communities more broadly, to include both men and non-binary people, and that include the full methodological diversity of approaches to studying Islam and gender.

“I hope the volume will prove useful for researchers, but I also chose the contributors and topics with an undergraduate audience in mind.”