Inspired by stories written by Ellen Barry in The New York Times that covered the conditions of women in rural India, Umrigar 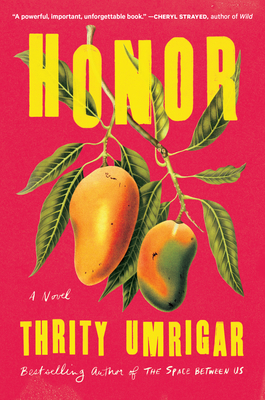 tells the tale of Smita and Meena, two Indian women with different stories whose paths cross in an unconventional way in her ninth novel, Honor. Filled with themes of love, hope, family, betrayal and sacrifice, “Umrigar shows us two courageous women trying to navigate how to be true to their homelands and themselves at the same time”.

What inspired the book?
I couldn’t stop thinking about those stories by Ellen Barry. That is how Meena’s character came about. I was shocked by the punishments that were given by village councils to women who transgressed in any way. India is going through this period where there is a desire to otherize minority groups and it is very prevalent. I felt like I wanted to weigh in on some of those issues.

What is your favorite part?
I think in terms of writing, my favorite part was when I examined Smita’s reluctance to return to India—her secret and backstory. When I got to that part my writing really took off and it flowed very naturally. That is probably my favorite part of the book overall.

Who did you write this book for?
When I write a book, I don’t think in terms of the audience. You don’t want to put pressure on yourself. You write to honor the characters and the story.

Honor is now available for pre-order at Mac’s Backs, where signed copies will be available, Loganberry Books and Amazon.