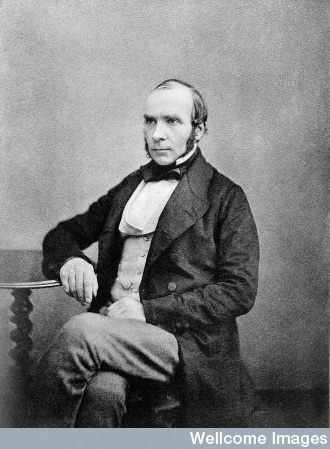 John Snow in Anesthesia and Epidemiology
Today, June 16th, we remember the work of Dr. John Snow who died on this day in 1858.  During his lifetime, Snow’s innovative work in the fields of anesthesia and epidemiology was met either with public rejoicing or skepticism [1]. As public opinion has shifted with new available information, technologies, and social expectations, so has the response to Snow’s endeavors. When the control and protection of bodies become subjects of public discourse, the morbid matters of health are determined not only by research, but by convention.

Chloroform: The Popular Poison
John Snow popularized the use of chloroform as an anesthetic during childbirth when he successfully administered the drug to Queen Victoria during her last two deliveries in the 1850s [2]. This royal promotion was concurrent with shifts in obstetrics, including increases in both aggressive surgical methods and physician-led deliveries [3]. The pain caused by invasive practices like the routine use of forceps or episiotomies prompted obstetricians to use ether and chloroform, the only available anesthetics in the 19th century. 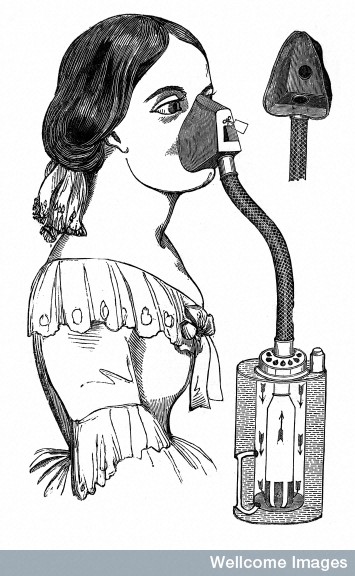 Furthermore, early feminists advocated for these drugs in order to improve obstetric care and eliminate pain during childbirth [4]. Because pain was then thought to do permanent damage to one’s health, Snow’s use of chloroform during a royal birth signaled a safe and approved option for women during their deliveries.

Despite its once popular status, later research found that not only was chloroform toxic, but the drug also weakened a woman’s contractions during birth – resulting in the greater need to use instruments to forcibly remove the infant from the womb. Similarly, ether and the later “twilight sleep” drugs fell from favor as (hopefully) safer drugs were developed. The practice and safety of modern anesthetics, are still debated as many feminist authors today consider the use of such chemicals during birth to represent the control physicians have over their bodies and their labors [3].

Cholera and Public Pollution
Nearly everyone who has taken a public health or epidemiology course is likely to have heard the story of Snow’s brilliant mapping of a London cholera outbreak to its source – the contaminated Broad Street well-pump [1]. It’s a tale of data collection and deduction, with logic so seemingly straightforward that students leave these lectures potentially unimpressed with a man who drew maps of cases and alleged that sewage contamination could spread disease. 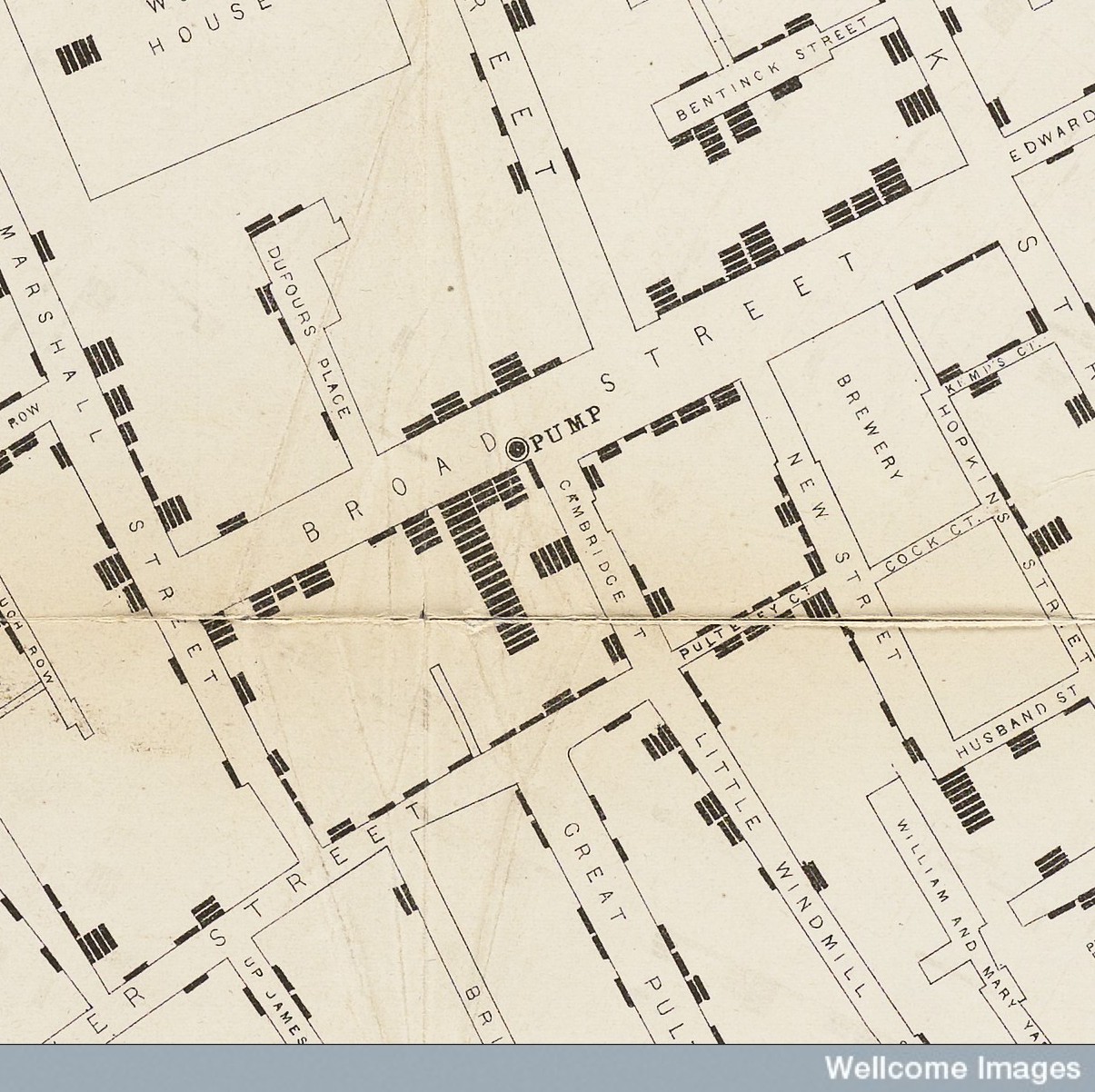 We must remember, however, that we are not the people that Snow was working to convince or save.

Snow’s early articles about his tracking of cholera outbreaks were published in 1854. In them he described how contact with the “morbid matter” of the disease was possible in 19th century London. For example, “evacuations” from a cholera patient could pass “first down the sewers, then up the Thames…and afterwards through the water-pipes for a distance often of several miles…The morbid matter of cholera can be mixed with the water of a well-pump and remain even for a few hours without being destroyed” [5].

By proposing a fecal-oral route of transmission, Snow offended the sensitivities of the public and officials who were unwilling to acknowledge that their drinking water was polluted with human waste [1]. Snow’s fellow physicians also questioned his theories and accused him of exaggerating or fabricating evidence. Snow’s claims were verified in 1854 when an Italian scientist, Filippo Pacini, discovered the bacteria responsible for the spread of cholera. However, Pacini’s findings were not widely known by the scientific community until over a decade after Snow’s death [6].

John Snow’s work is most remembered for how he approached these morbid matters. Whether he was administering poison to a queen or was tracking the spread of contagion throughout a community, his work had public repercussions. He ushered in changes in the way people understood their health and bodies. But then again, such things are a matter of opinion.