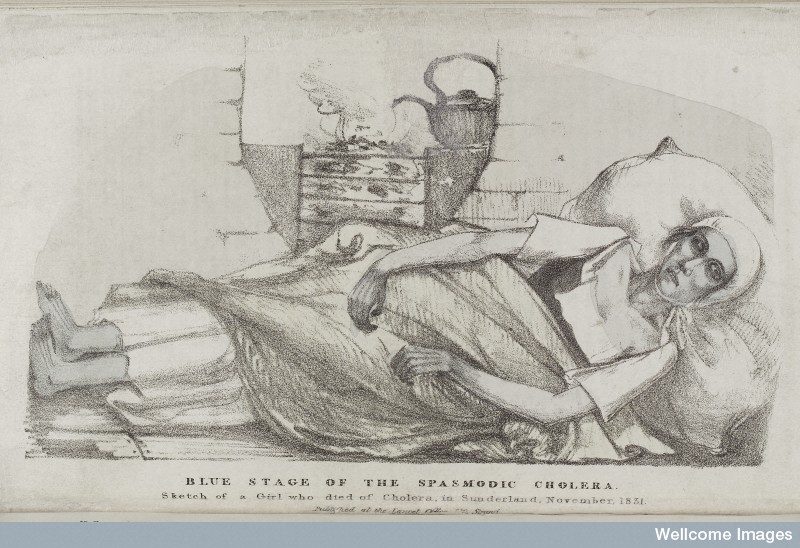 The recent outbreak of Ebola in parts of Africa–and the frightened posts and live-tweets that accompanied two infected health workers as they returned to the US–give us a glimpse not only of an epidemic’s power but of our private terrors. Self-preservation, fear of the unknown, and a desire to protect the boundaries of nations, persons, bodies and cells brings out the best and worst in us. History provides both sides; the uninfected locked up with the infected in 14th century plague houses, left to starve and suffer in the dark–or doctors like Cleveland’s Horace Ackley, who personally combated and contained an outbreak of Asiatic cholera in Sandusky in 1849. In the middle of the contest, we find the patient, caught between doctors and systems and, in our modern world as much as the historical one, political machinations. 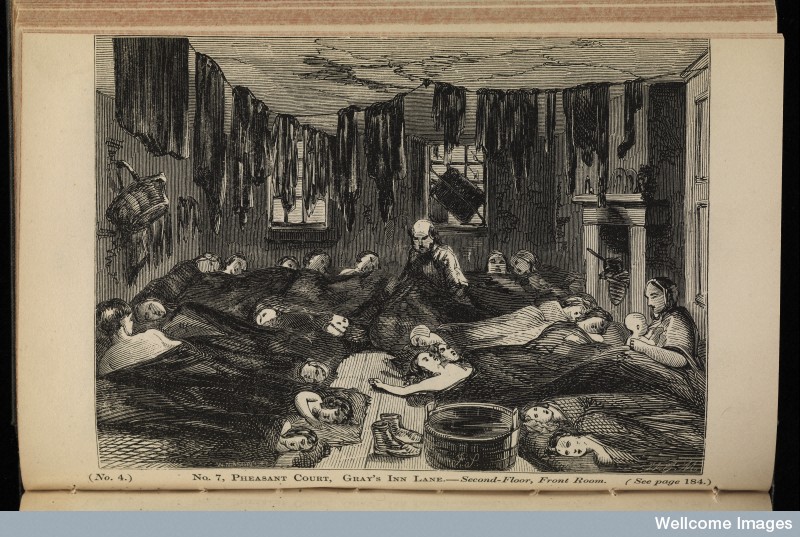 The US cholera epidemic of 1832 began with an immigrant ship. After landing at Quebec with cases of Asiatic cholera, panic (and disease) swept the entire Great Lakes region. The epidemic killed thousands of people in Europe and North America resulting in wide spread panic. When it hit NY, 100,000 people fled, almost half those living there![1] The poor and immigrants were frequently blamed–why? The disease spread through infected water supplies, but many assumed squalor itself was the culprit. To make matters worse, people made an incorrect correlation between poverty and morals, so that filthy living conditions equated to a kind of loose living. The poor died–what was that to people of “good clean living?” But of course, cholera was no respecter of persons.

Since no one understood the disease, treatment basically consisted in waiting out the symptoms–which included violent vomiting; the loss of fluids put patients into shock. Prof Horace Ackley of Cleveland advocated the use of calomel, a mercury compound used as a purgative–it also killed bacteria. During the Sandusky outbreak of 1849, he gave patients five grains every five minutes in a tablespoonful of ice cold water. [2] But the significance of Ackley’s treatment consisted not so much in the medicine but the method. While people were fleeing the disease epicenter, Ackley was on the move within an hour, driving 60 miles without a stop except to water the horses. He took charge of the town, helped the sick, procured supplied, and buried the dead. He worked for two weeks to stop the progress of the disease, and in all that time “did not remove his clothes, except to change his linen, nor sleep in a bed.” [3] As a medical professional, he risked his own health to serve others.

Similarly, the Ebola infected health workers recently flown back to the Emory facility in Atlanta risked their lives to treat those in outbreak locations in Africa. Ebola has no known cure at present, just as cholera had no sure in the mid 1800s. The fear that drove people to blame the poor or to isolate and avoid them returns, this time along national lines. Despite assurances that they represent no threat, and despite the high tech treatment facility in Atlanta, many still railed against their return. CNN carried an article earlier this week, citing twitter hashtags that read “The road to hell was paved with good intentions.” [4]  Many feel the aid workers should be left in Africa–they might be citizens, but, through disease, they have been “othered,” and even blames. Dr. Bruce Ribner, who heads the center at Emory, countered that sentiment by reminding us that the doctors risked first–treating the ill with humanity and integrity. 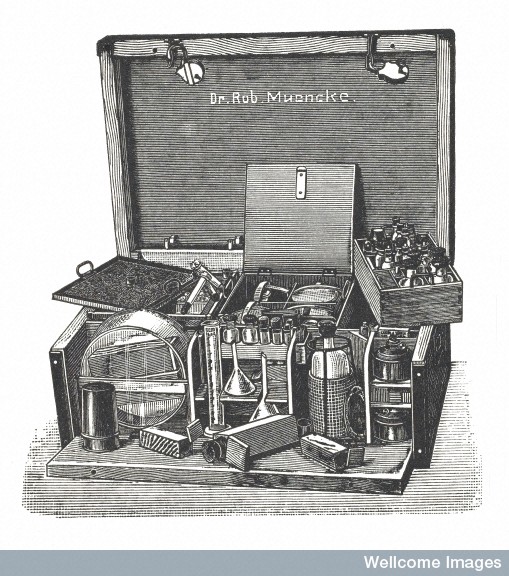 In the modern age, we frequently forget how precariously health is balanced, or how quickly the smallest of enemies can invade our borders. History teaches us the terror of outbreak, but we should endeavor to remember the humanity as well. Today’s outbreak of Ebola has been confined to West Africa, and the calamity, says Dr. Margaret Chan, head of the World Health Organization, can be stopped if the rest of the world steps up to provide resources. [4] We have more to learn from those who engage–like Ackley, but also like John Snow, who discovered cholera’s water-born nature, Spanish physician Jaime Ferrán who cultivated bacteria and vaccinated  50,000 people during a cholera epidemic in Valencia, or Robert Koch, who successfully isolated the cholera bacillus in pure culture and spread his discovery abroad. Let’s hope to see this latest outbreak among those we’ve successfully fought before.