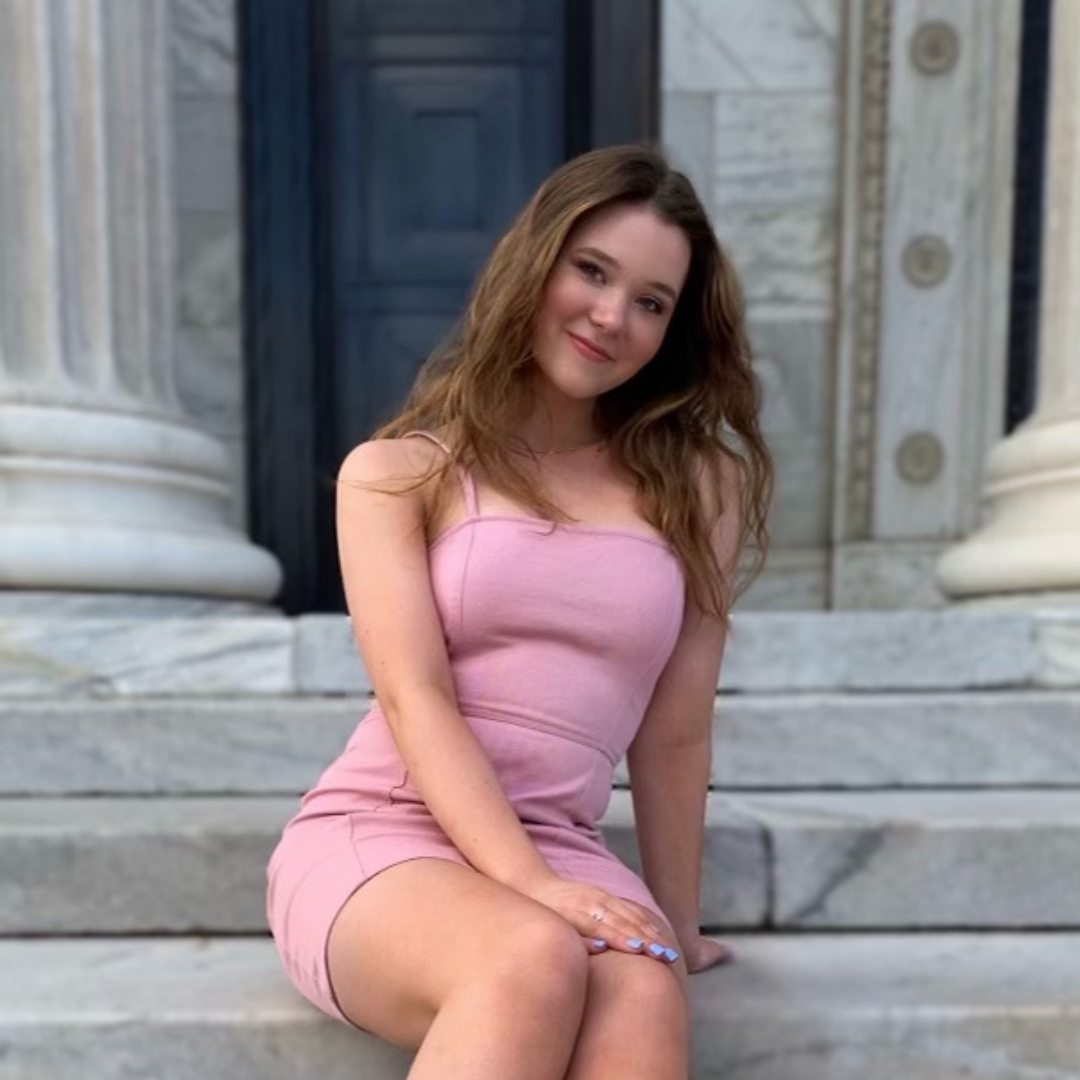 Majors: Cognitive Science, Psychology, and English, with a concentration in Film

Q: Why did you choose this area of study?

A: I have always been fascinated by our brains, the way we interact, and the fact that there is so much we have yet to understand, in our society and even in our own bodies. What drew me to Cognitive Science (and later to Psychology) was mainly the uniqueness of human behavior: what types of behavior qualify as “normal”? How does “normal” behavior differ from “deviant” behavior? Who (or what) is responsible for deviant behavior: society or the individual? I added an English major, not only because I have always enjoyed reading and writing, but I have found that the analytical skills I have learned through my English and Film courses have been directly applicable (and tremendously helpful) to my research work in Cognitive Science and Psychology.

Q: What are you plans after graduation?

A: I am working for the FBI in Quantico, VA. I will then be attending graduate school, obtaining either a PhD in Social Psychology from the University of Pittsburgh or Boston University, or a Master’s in Justice, Law, and Criminology from American University (I haven’t decided yet!). I plan to return to the FBI after graduate school.

Q: Why did you choose CWRU?

A: I owe my decision to come to CWRU almost entirely to Todd Oakley, the Chair of the Cognitive Science Department. I met with him before making my decision to commit, and within 5 minutes of meeting him I was sold. I remember he told me about his Introduction to Neuroscience class, in which his students were learning about human consciousness, and how it varies from animals’ consciousness. For example, you can put 100 humans in a room for an hour, and (in most scenarios) they would be able to interact pleasantly, and form social bonds. However, if you put 100 monkeys in a room for an hour, they would all attack each other. Given the extreme similarities in our genetics, what exactly differentiates the uniqueness of human behavior from that of monkeys? I found this question fascinating, and it immediately made me excited to come to Case. He is now one of my advisors, and I feel so grateful! Additionally, I remember being so impressed with how personal the application process was. I really felt like CWRU cared about me individually as a student — I even received a personal note on my application essay! I thought this was so cool, and it made me feel really valued.

Q: What is your favorite memory of CWRU?

A: While I have many, I think my favorite might be the first film class I ever took, my second semester freshman year. I took the class on a whim, and on the first day of class as soon as we all took our seats, the professor shut the lights, and without so much as an introduction, immediately began playing the film “Cloverfield.” I thought this was such a fun way to begin a course, and was automatically intrigued. This professor, Robert Spadoni, became extremely influential in my CWRU career, and now not only is one of my advisors, but is also the reason I added both an English major, and a concentration in film. His courses have always reminded me the importance of studying topics I truly enjoy, whether or not those topics will eventually be applicable career-wise. I am so thankful to have had Dr. Spadoni as both a professor and advisor, and I will miss him and his classes so much after I graduate.

A: Try everything—don’t force yourself to take classes you aren’t interested in, just because your friends are taking them, or you feel like you’re supposed to. You have the power to shape your undergraduate career by engaging in courses, clubs, activities, etc. that you are passionate about! Additionally, take time for yourself…it is easy to get caught up in the academics, but there is so much more CWRU has to offer! For Humanities majors specifically, don’t let the fact that CWRU is predominantly a STEM school intimidate you. The Humanities professors here are wonderful, and coming to Case as a Humanities major was probably the best decision I ever made. 🙂