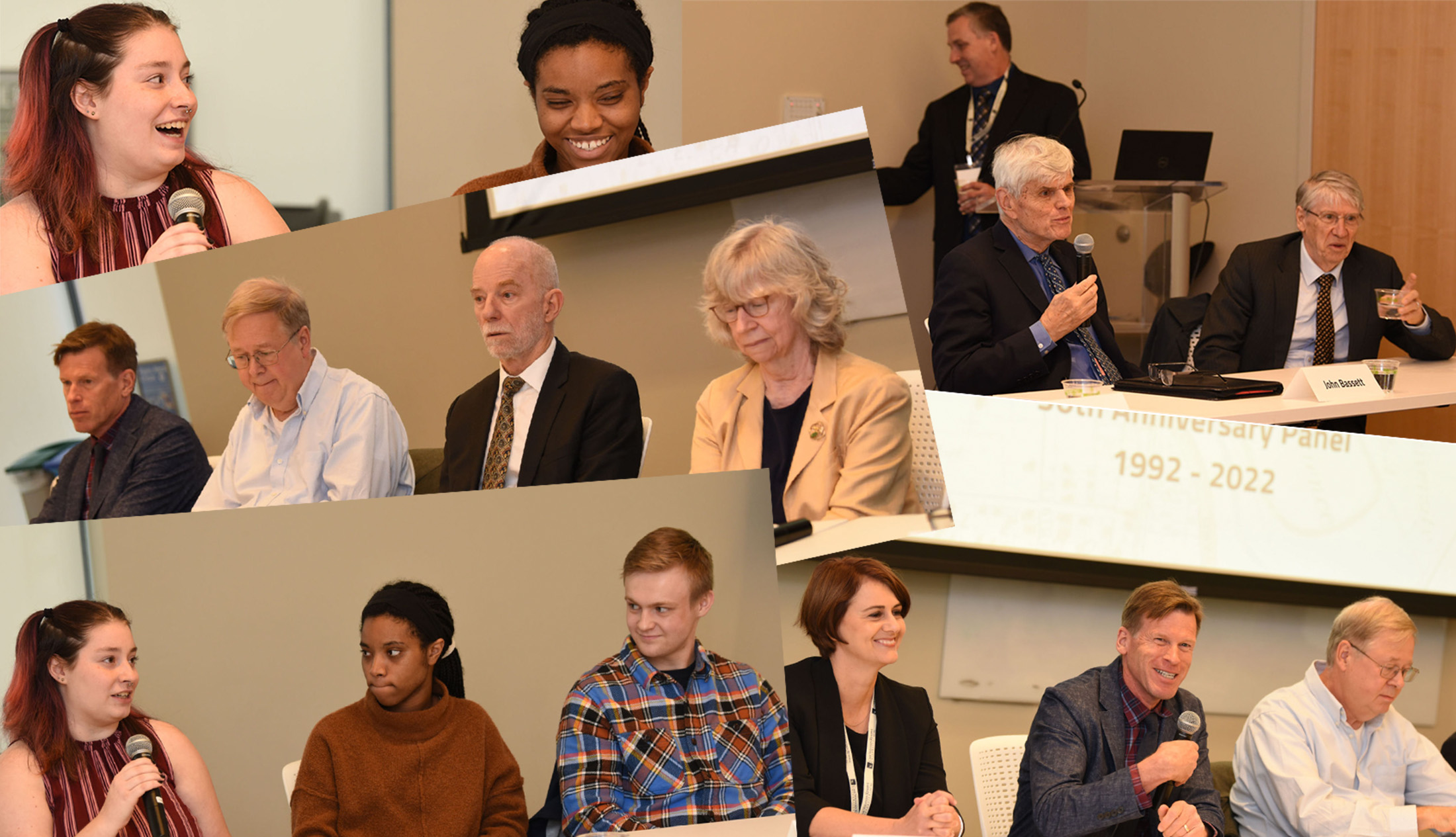 Defining moments in the dean’s chair

The participants were asked to share defining moments of their time as dean. For Chris Cullis, it was the decision to unite the arts, humanities and social sciences with those in the physical sciences to form the College of Arts and Sciences. Much of the work came from bringing faculty and staff together who had never met each other.

Cyrus Taylor spoke to the quality of the faculty in the college. He’s proud that he was able to grow funding during an economic downturn, which in turn, made it possible for the college to greatly increase the faculty ranks while Taylor was dean.

Dean Joy K. Ward made some observations about what the previous deans had shared, including that the strong foundation of support from our alumni, donors and friends has continued over the years.

“We had people that wanted to give of their resources and time. As soon as I walked into the dean’s office, many of them immediately asked how they could help,” she said.

Hardy talked about how he applied to 10 different schools but none of the others were willing to work with him on his unique combination of majors, dance and earth sciences. When Noah asked counselors at CWRU about the dual majors, they were excited to welcome Noah’s focus on both creative and analytical approaches.

Wade, an English major, spent her youth moving and living in five different states. Five minutes into her first official visit to the campus, she turned to her mom and told her that “I am home.”

Mayer, a biology major, is a native of Cleveland and practically grew up on campus as her mother is a CWRU grad. Her mom encouraged Aubrey to follow her interest in science and research.

“I was reaching out to research faculty early and have spent five years doing real work,” she said.

At the end of the session, several audience members asked questions, took pictures and spent time talking individually to the panel participants.