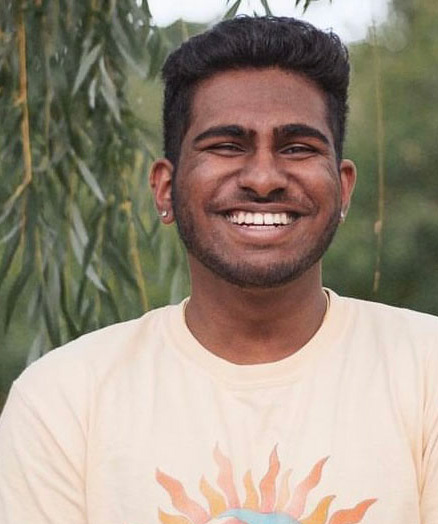 Fourth-year biology and history major Nihal Manjila has won the nationally-competitive Lynn W. Turner Prize for best paper by an undergraduate member of Phi Alpha Theta for his paper Substance of Joy: Serotonin Research at the Cleveland Clinic, 1948-1968.

Phi Alpha Theta is a century-old American honor society for students and professors of history. The society has over 400,000 members, with some 9,000 new members joining each year through 970 chapters nationwide.

Manjila was told about the university’s Phi Alpha Theta chapter and decided to join. It was then that he was encouraged to enter the competition.

“I learned about this opportunity after I joined CWRU’s chapter,” he said. “Chapter director Gillian Weiss told us about the resources that the society makes available to its members. This prize was one of them.”

Undergraduate advisor Jonathan Sadowsky isn’t surprised that the society chose Nihal’s paper for the Lynn W. Turner Prize. He sees it as a reflection of the level of learning that happens at the college.

“Nihal’s careful and insightful reconstruction of scientific discovery is a great example of how our undergraduates can produce original and significant new knowledge,” Sadowsky said.

Manjila has advice for students thinking about trying to get their work recognized.

“Undergrads thinking about entering similar competitions or attempting to win awards should focus on doing the best work that they can on their projects,” he said. “Then follow through to enter the competitions. Don’t let nerves stop you from trying. Your energy and time investment will show in the final results, win or lose.”