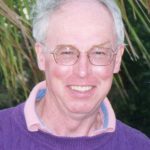 James E. Zull, professor emeritus in the biology department, died Oct. 27, at age 80. Among his many contributions during his 48 years on the faculty (1966–2014), Zull explored what brain science reveals about the nature of learning, and he made his conclusions accessible to educators in two influential books.

Zull, who held secondary appointments in biochemistry and cognitive science, spent the first half of his highly productive career studying biology at the level of cells and their biochemical properties. A turning point occurred, however, in 1994, when he became the founding director of the University Center for Innovation in Teaching and Education (UCITE). For the next 10 years, he helped faculty members across the university enhance student learning in their classes. This experience—combined, he once said, with his earlier research on cell-cell communication and “the increasing knowledge about the human brain”—led him to write The Art of Changing the Brain: Enriching the Practice of Teaching by Exploring the Biology of Learning, which appeared in 2002.

“Jim changed my thinking about education in deep and profound ways,” says Mano Singham, whom Zull recruited to UCITE as associate director in 1994. “One major insight I got from him was that knowledge is not something tenuous but is tangible and consists of physical neural networks in the brain. It cannot simply be transmitted to students by clear expositions by the teacher.”

For Singham, who succeeded Zull as UCITE director, the implications of this idea were clear: “We should pay less attention to what the teacher says and more to what students are doing, because that is what influences their neural connections and determines what they learn.”

Barbara Kuemerle, senior instructor in the biology department, worked with Zull when he led an undergraduate seminar based on The Art of Changing the Brain and his second book, From Brain to Mind: Using Neuroscience to Guide Change in Education.

“His depth of knowledge was profound,” says Kuemerle, who took over the seminar after Zull retired. “He was also highly skilled at engaging, guiding and actively challenging students to deepen their understanding by encouraging questions and discussion.” His students and colleagues, she adds, “not only had a great respect for his scholarship, but also relished his thoughtful manner, his warm disposition, his humor and his lightheartedness.”

Zull is survived by his wife, Susan; a son and daughter, Ramsey Zull and Paige Bassett; stepdaughters Judith Weiss and Elizabeth Weiss; and three grandchildren.