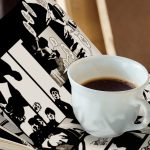 When Ohio’s stay-at-home order began on March 24, the artistic community had no choice but to close their studios and performance spaces to the public. Shanna Beth McGee, professor of theater at Case Western Reserve University and co-founder of the immersive theater company Shadow of the Run, wanted to find a way to help artists in the community affected by the shutdowns.

The result was a pop-up benefit performance, Torso Book Club – A Shadow of the Run Virtual Story. In this intimate, original performance, audience members interact with characters via Zoom.

For the uninitiated, immersive theater gets the audience involved in the production. At the theater, the audience may physically interact with the actors and their surroundings, often creating completely different experiences of the play depending on the choices they make.

“We can’t do that over Zoom. But we can still give audience members the delight of interacting with characters scripted to encourage their participation, and use the breakout session and chat features of Zoom to highlight interaction,” said McGee. “The way we’ve written the show, each audience member will still have a different experience of the play than other audience members.”

Like the rest of the artistic community, McGee’s own plans were disrupted by COVID-19. A fully immersive production for summer 2020 had to be postponed. That’s when the idea for the pop-up benefit production took root, McGee said. Proceeds will benefit artists hit hard by the work shutdown.

“Most theater artists are ‘gig’ workers who go from job to job,” McGee said. “A lot of them are really hurting and cannot pay their rent right now. We started thinking about how we could produce something over Zoom, and we decided that a book club discussion would work in that medium.”

In Torso Book Club – A Shadow of the Run Virtual Story, the main character forms a book club to discuss the true crime graphic novel TORSO by authors Brian Michael Bendis (a Clevelander) and Marc Andreyko. The dialogue and action spring from there.

Five CWRU alumni were involved in bringing the benefit to life, including McGee (GRS, MNO ’18); Ben Needham, production design and co-founder (CWR ’98); Christine Woods, co-founder (CWR ’12); Sara Bogomolny, actor (CWR ’16); and Dan Hendrock, actor (GRS ’12, theater). Other key players are Adam Kern, co-creator and director; Cody Swanson, actor; April Rock, costumer; and Jamie Weinfeld, stage manager. Together, they performed 48 times in 12 days, raising $4,000 for local artists. The initiative was so successful that new dates are planned for late May 2020. They will be announced on shadowoftherun.com.