Each year, the College of Arts and Sciences honors alumni who have made exceptional contributions to their fields and to the lives of others. A ceremony for the 2017 winners was held during Homecoming Weekend, Saturday, October 7.
Linsalata Alumni Center

Distinguished Alumni of the Year 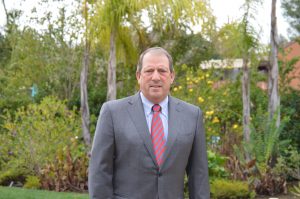 William H. Powell (ADL ’67, GRS ’70), a top executive in the specialty chemicals industry until his retirement in 2006, spent a major portion of his career with National Starch and Chemical Company, managing a series of divisions as a corporate, group and executive vice president before being named chairman and CEO in 1999. In addition, he has been a board member, director or chairman of several other corporations and organizations, including Imperial Chemical Industries, Arch Chemicals, the American Chemistry Council and the Corn Refiners Association. He is currently chairman of the board of the Granite Construction Company and a board member of FMC Corporation and PolyOne Corporation.

Powell served as an officer in the U.S. Air Force after earning a bachelor’s degree in chemistry and a master’s degree in chemical engineering. The Department of Chemistry at Case Western Reserve honored him with its Distinguished Alumnus Award in 2010. He has been a member of the visiting committee and the capital campaign committee for the College of Arts and Sciences.

Since he retired, Powell has focused his efforts on providing opportunities to underprivileged teenagers in Southern California. He has served on the board of the Casa Pacifica Centers for Children and Families in Ventura and Santa Barbara counties, and he’s been recognized for his

mentorship of minority teens in Oxnard, Calif. His passion today, he says, is convincing baby boomer retirees to spend time mentoring young people from low-income, single-parent families, “providing guidance and opening up their eyes as to how they might achieve the American Dream.” 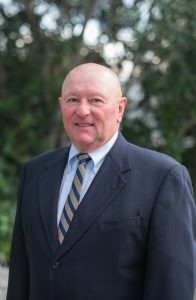 Dennis R. Santoli (ADL ’67) spent more than three decades founding and leading insurance companies that underwrite liability risks for health care facilities. Before his retirement in 2016, he was president and CEO of The Campania Group and president of Hanover Healthcare.

Santoli majored in history at Adelbert College and went on to earn a law degree at Georgetown University Law Center. He has remained strongly connected to Sigma Chi, his college fraternity, serving as chair of the Sigma Chi Leadership Institute and as the 67th Grand Consul (international president). In 2004, he was inducted into the Order of Constantine, the fraternity’s highest honor, and he has been recognized as a Significant Sig. He is currently chairman of the Sigma Chi Risk Management Foundation.

A retired major in the U.S. Army Reserve, Santoli has assumed leadership roles in several cultural and educational institutions. He is on the board of directors of the Casa Italian Cultural Center, Language School and Museum in Washington, D.C., and executive director of the Blue & Gold Education Foundation in Vienna, Va. For Case Western Reserve, he is an Alumni Admission Ambassador and a member of the college’s visiting committee. 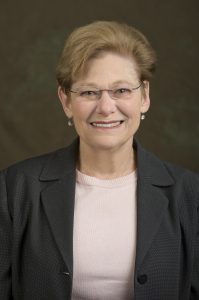 Naomi Stanhaus (FSM ’67) majored in Romance languages at Flora Stone Mather College and later completed a master’s degree in French literature at Harvard University. Finding that she missed the volunteer and service activity she had enjoyed as an undergraduate, she then decided to pursue a master’s degree in social work at Boston University. Her first job after graduate school, with the National Council of Senior Citizens in Washington, D.C., set the direction for her career, which has been devoted to improving the quality of life of older adults.

For the past 40 years, Stanhaus has had a consulting practice in Chicago, providing guidance to nonprofit organizations and charitable foundations. For her principal client, The Retirement Research Foundation, she managed an initiative that provides older adults with online tools to help them assess their retirement security and access benefits, and she created a grant program to support nonprofits seeking to improve their management and governance. In addition, Stanhaus has mentored program officers at other foundations through Grantmakers in Aging, a national membership organization. Seeing these officers advance in the field has been, she says, “one of the absolute joys of my work.”

Among her volunteer activities, Stanhaus has been a trustee of Latin School of Chicago and board president of the Chicago chapter of Little Brothers–Friends of the Elderly, a nonprofit that addresses the isolation and loneliness experienced by many older adults.

Distinguished Service Alumnus of the Year 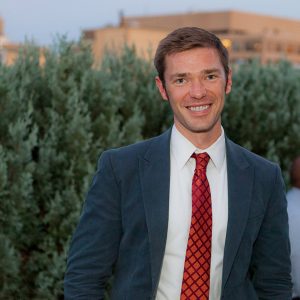 Chris Hook (CAS ’03, GRS ’04) is a budget analyst with the U.S. Department of Housing and Urban Development (HUD), where he oversees funding for homeless assistance grants, lead abatement programs and Community Development Block Grants, among others. Prior to joining HUD, he spent 12 years with the U.S. Department of Justice (DOJ), holding various positions in the Justice Management Division’s budget staff, the Drug Enforcement Administration and the National Security Division. He first entered government service as a U.S. Presidential Management Fellow.

Hook earned bachelor’s and master’s degrees in political science, and he has been active in the alumni community at both the local and national levels. He is president of the D.C./Baltimore chapter of the Alumni Association of Case Western Reserve University, and he is in his sixth year as a member of the association’s board of directors. In addition, he is an Alumni Admission Ambassador.

A strong advocate for LGBT individuals, Hook was recently elected president of CWRU Pride, the university’s LGBT alumni network. He has also led two LGBT organizations for federal employees; he is the current president of HUD FedQ and a former president of DOJ Pride.

Distinguished Graduate Alumna of the Year 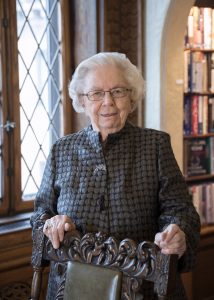 Jane W. Kessler (GRS ’51) is the Lucy Adams Leffingwell Distinguished Professor Emerita in the Department of Psychological Sciences. As a clinician, scholar, teacher and community leader, Kessler has made major contributions to the understanding and treatment of children with developmental disabilities.

Kessler completed a master’s degree in psychology at Columbia University in 1941. Two years later, she enlisted in the U.S. Navy and was assigned to San Diego Naval Hospital to conduct psychological evaluations. After retiring from the service, she became the first staff psychologist at University Hospitals (UH) in Cleveland, and in 1948 she was named chief psychologist in UH’s Child Psychiatric Clinic. She retained this position while earning a doctorate in psychology at Western Reserve University.

In 1958, Kessler joined the WRU faculty as founding director of the university’s Mental Development Center (MDC), an interdisciplinary clinical facility that evaluated and treated children with developmental disabilities. The MDC was the first such facility to operate a preschool and provide services to the families of the children it served. And Kessler herself was a pioneer, becoming among the first in her field to recognize that mental retardation can co-exist with conditions such as emotional disturbance that also require treatment. Her book Psychopathology of Childhood, published in 1966 and revised in 1988, became a landmark text for generations of graduate students preparing to become clinical child psychologists. In addition to directing the MDC for 20 years, Kessler served her department as an acting chair (twice) and as clinical training director. Beyond the university, she has been a president, board chair and board member for several national, state and local professional organizations and service providers. After retiring in 1993, she spent many years as the proprietor of Appletree Books in Cleveland Heights.

Distinguished Young Alumna of the Year 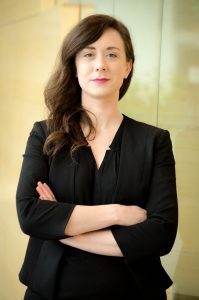 Jacqueline Greene (CAS ’07, LAW ’11) is a partner at the Cleveland law firm Friedman & Gilbert, where her practice focuses on civil rights and criminal justice issues. Greene litigates cases involving police and correctional misconduct, including use of excessive force, illegal seizures and denial of medical care for prisoners. In addition, she provides criminal defense representation in federal, state and municipal courts.

As co-coordinator of the Ohio Chapter of the National Lawyers Guild, Greene leads efforts to protect protesters’ First Amendment rights. She recruits and trains pro bono criminal defense lawyers to defend demonstrators, takes on such cases herself and trains observers who monitor law enforcement conduct at demonstrations. Greene is also vice president of the Ohio Innocence Project’s Northeast Ohio Board of Advocates, which supports OIP’s exoneration work across Ohio and promotes community education concerning wrongful convictions.

Greene earned her bachelor’s degree in political science. Before joining Friedman & Gilbert, she worked in the field of international human rights, serving on prosecution and defense teams in war crimes trials of former leaders of Cambodia and Liberia and supporting international development and access-to-justice projects for the International Bar Association, American Bar Association and public health organizations in Southern Africa.

To nominate graduates of the college or its predecessor institutions for the 2018 Alumni Awards, please contact Sharon Jordan-Davis, executive director of constituent relations, at sjj@cwru.edu. The deadline for nominations is Dec. 31, 2017.

Photo of Dennis Santoli by Ashtyn Brooke Photo; photo of Jane Kessler by Mike Sands; photo of Jacqueline Greene by Keli Schimelpfenig. All other photos courtesy of their subjects.