Each year, the College of Arts and Sciences honors alumni who have made exceptional contributions to their fields and to the lives of others.

This fall, five alumni of the College of Arts and Sciences and its predecessor institutions will be honored for their exceptional contributions to their fields and to the lives of others. The awards presentation will take place Saturday, October 13 at the Linsalata Alumni Center during Homecoming and Reunion Weekend. 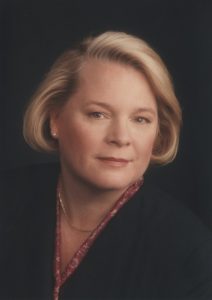 Everywhere she has lived, Margaret Clossey (FSM ’68) has helped address the needs of vulnerable populations. Her husband, William M. Clossey Jr. (ADL ’66, GRS ’67), is a retired executive whose work periodically required the family to relocate. “With each move,” she recalls, “I looked for a volunteer commitment where I felt I was serving others and which I found personally rewarding.”

A graduate of Flora Stone Mather College with a degree in political science, Clossey has been especially devoted to assisting abused and neglected children. She first became involved in this cause while living in Los Angeles County, where she learned that children who had been removed from their families were housed in a former detention center while awaiting placement in foster care. Clossey volunteered for, and eventually became board president of, United Friends of the Children, an organization whose members visited these youngsters regularly, providing emotional support and donating amenities to make the facility seem less institutional.

Later, in Chicago, Clossey became a Court Appointed Special Advocate (CASA), speaking in court for the best interests of children who had experienced neglect or abuse. She also joined the boards of Illinois Action for Children, which sponsored the local CASA program, and the Juvenile Protection Agency, a private social service organization. Clossey continued as a CASA volunteer in Morristown, N.J., where she and her husband now live. In addition, she has been active in the Women’s Association of Morristown Medical Center for the past 18 years. 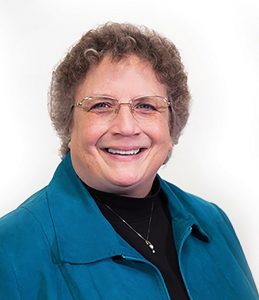 Sally Reisacher Petro (WRC ’82, SAS ’84, GRS ’90, SAS ’90) holds three degrees from Case Western Reserve: a bachelor of arts in communication studies and religion, a master of science in social administration and a doctorate in social welfare. When she enrolled at the university, she was following a family tradition established by her mother, Mary Lou Geltz Reisacher (FSM ’39), and
two uncles, Ralph W. Geltz (CIT ’34) and Carl F. Geltz (CIT ’37). “I grew up hearing them talk with great affection about their college experiences,” Petro says, “so it was natural for me to choose CWRU as my college when the time came.” She adds that once she completed her undergraduate studies, “My love for the university led me to remain.”

Petro launched her career in social services at Cleveland’s Lutheran Metropolitan Ministry, where she directed a training program for staff members in adult care homes throughout Northeast Ohio. Eventually, she would write and lecture nationally about issues concerning residents’ quality of life in such facilities. Petro went on to become the ministry’s associate director of aging services. After relocating to Pittsburgh in 1997, she established a consulting firm that offered educational programming to adult care homes across the country, and for 13 years she published a national periodical, Board and Care Quality Forum.

Since 2007, Petro has been the full-time volunteer coordinator of the Unity Food Pantry in Greentree, Pa., a suburb of Pittsburgh. In 2016, she received the Joyce Rothermel Peace and Social Justice Award from the Greater Pittsburgh Community Food Bank. Petro is a former board president of the Western Reserve Alumni Association and former co-chair of the Visiting Committee for the College of Arts and Sciences.

Distinguished Undergraduate Alumnus of the Year 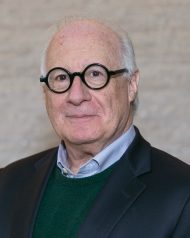 Michael Lubin (CIT ’68), an executive in the telecommunications and semiconductor industries for some 40 years, earned a bachelor’s degree in physics at Case Institute of Technology. His subsequent studies led him to Yale University, where he completed a master’s degree in physics, and to Wesleyan University, where he pursued doctoral work in general relativity. Before entering the corporate world, he was a physics professor and an academic dean at Worcester Junior College in Massachusetts.

Lubin has fostered advances across a broad range of technologies. During the 1980s, he was a leader in the development of Ku-band VSATs, a satellite communications system for home and business users. A company he co-founded in the 1990s produced handset chipsets (integrated circuits for mobile phones) and wireless routers. Lubin’s team also patented a cellphone with an Internet Protocol (IP) address—a device that some regard as the first smartphone. Another company he founded was a pioneer in Internet music.

Since 2005, Lubin has been vice president of corporate development and senior advisor at ViaSat, where he is involved with mergers and acquisitions, strategic partnerships and emerging uses of broadband connectivity. Recently, he was invited to speak at the Pontifical Academy of Sciences in Rome on whether connectivity should be a human right. Lubin has served on boards and advisory councils of several corporations, arts organizations and educational institutions, including Case Western Reserve.

Distinguished Graduate Alumnus of the Year 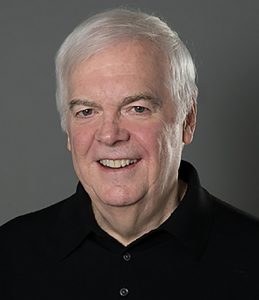 Toby Maloney (GRS ‘73), who holds a master’s degree in English from Case Western Reserve, spent much of his career as a senior communications executive, first with SmithKlineBeecham (now GlaxoSmithKline) in Philadelphia and London and then with KeyCorp in Cleveland. In 2001, he and his wife, Melanie, a specialist in organizational training and development, signed on as senior managers and investors for a fledgling magazine called Mental Floss. The publication has since evolved into a digital media company with a global audience and a flourishing sideline in branded merchandise.

After the firm was acquired by Dennis Publishing in 2011, Maloney became active in Cleveland’s entrepreneurial community as a mentor and angel investor. He has played a major role in the growth of BoxCast, a high-tech media streaming company co-founded by Gordon Daily (CSE ’00, GRS ’01). Farther afield, he has become an investor and advisor for Waggit, a Boulder-based company that has created a “smart” dog collar with health monitoring and tracking capability. He and his wife live, appropriately enough, in Novelty, Ohio.

Distinguished Young Alumnus of the Year 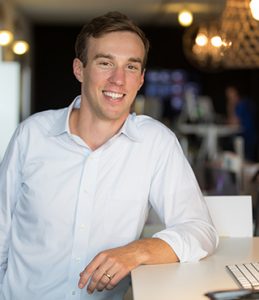 Neil Ursic (CWR ’08) worked as a financial analyst and management consultant after completing a bachelor’s degree in psychology at Case Western Reserve. In June 2015, he became the CEO of a small consumer research agency, Crush Republic, in Cincinnati. Whereas most companies seek insights into consumer behavior by conducting surveys and focus groups, Crush Republic sent consumers on “missions” with a mobile app that allowed them to report directly on their shopping habits and their use of products.

In May 2017, Ursic acquired another Cincinnati firm, Batterii, a developer of software to support collaboration, and merged Crush Republic into it. Today, Batterii’s clients include P&G, Adidas, REI and other major corporations, and it has consumers completing missions around the world in more than 10 different languages.

Ursic has been a mentor to many local startups. An active runner, he serves on the board of the Cincinnati Athletic Club.
He and his wife, Jane, have one daughter, Audrey.

To nominate graduates of the college or its predecessor institutions for the 2019 Alumni Awards, please contact Sharon Jordan-Davis, executive director of constituent relations, at sjj@cwru.edu. The deadline for nominations is Dec. 31, 2018.

Photo of Michael Lubin by Bradley Lau; photo of Sally Reisacher Petro by Jumpstart Video Productions; photo of Neil Ursic by David Stephen Kalonick. All other photos courtesy of their subjects.