Each year, the College of Arts and Sciences honors alumni who have made exceptional contributions to their fields and to the lives of others. This fall, eight alumni were recognized at an awards presentation during Homecoming and Reunion Weekend on Saturday, October 12, 2019.

Distinguished Undergraduate Alumni of the Year 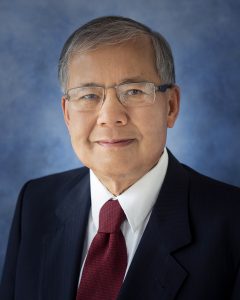 Cung Khac Vu (ADL ‘69) enjoyed a 37-year career in the energy industry, overseeing diverse aspects of exploration and production as well as business operations for Royal Dutch Shell, Union Oil Company of California (Unocol) and Chevron until his retirement in 2014. His technical positions included director of research and development in geosciences and reservoir engineering, exploration manager and chief geophysicist. He is the author or co-author of more than 20 patents and pending patent applications and numerous scientific articles.

Vu majored in mathematics and physics at Adelbert College and went on to earn a doctorate in physics at the University of Pennsylvania. He is active in the Houston chapter of CWRU’s Alumni Association and serves on the advisory board of the Great Lakes Energy Institute at the Case School of Engineering. 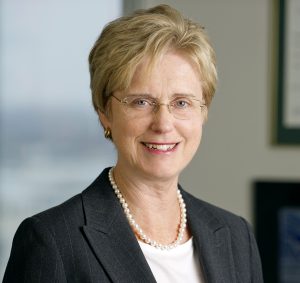 Mariam C. Noland (FSM ’69) leads the Community Foundation for Southeast Michigan, a Detroit-based philanthropy that has awarded more than $1 billion in grants to nonprofit organizations in a seven-county area since she became its first president in 1985. The foundation supports initiatives in education, arts and culture, health and human services, community development and civic affairs.

Noland earned a bachelor of science degree in nutrition from Flora Stone Mather College, followed by a master of education degree from Harvard University. Before joining the Community Foundation, she served as vice president of the St. Paul Foundation in Minnesota and as a program officer and secretary-treasurer at the Cleveland Foundation. An influential figure in Michigan’s philanthropic community, Noland played a critical role in mobilizing a consortium of foundations that helped rescue Detroit from bankruptcy in 2015. She has held leadership positions on the boards of the Council of Michigan Foundations, the Council on Foundations, the Independent Sector and the Henry Ford Health System.

Distinguished Graduate Alumnae of the Year 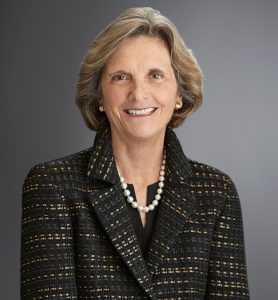 Joie A. Gregor (GRS ’74) has held top-level management and leadership positions with Warburg Pincus, a global private equity investment firm; Heidrick & Struggles, an international executive search firm; and IBM. In addition, she served in 2007–08 as the Assistant to the President for Presidential Personnel in the George W. Bush administration. Currently, she shares her expertise in strategy, finance and governance as a director of two public corporations: ConAgra Brands, a packaged foods company, and Conduent, a technology company providing digital platforms for business and government.

After completing a master of arts degree in anthropology at Case Western Reserve, Gregor earned a master of science in management at Stanford University, where she was the first woman to be named an IBM Sloan Fellow. As a CWRU trustee from 2002 to 2018, Gregor served terms as vice chair of the board and chair of the compensation committee, and she was active in board recruitment. 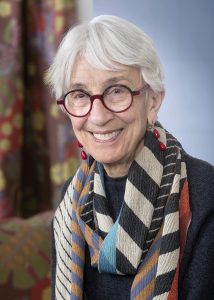 Kathryn Karipides (GRS ’59), a Samuel B. and Virginia C. Knight Professor Emerita of Humanities at Case Western Reserve, has been called “the godmother and guiding spirit of dance in Cleveland” (Ohio Northern Live magazine). While earning her master’s degree in physical education from the university, Karipides trained with major figures in modern dance, including Hanya Holm, Martha Graham and Erick Hawkins. By the 1970s, she was building a national reputation as a dancer, choreographer and teacher while spearheading the creation of CWRU’s undergraduate and graduate programs in dance. Her contributions to the university also extended beyond the performing arts; she chaired a 1991 commission on the status of women at CWRU and was a strong advocate for establishing the Flora Stone Mather Center for Women.

Karipides retired from the faculty in 1998 but returned to campus to serve as associate provost from 2003 to 2008. Her previous honors include a Carl F. Wittke Award for Excellence in Undergraduate Teaching (1972) and a Cleveland Arts Prize (1974). 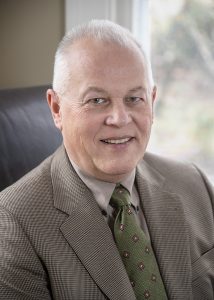 Dennis A. Block (ADL ’69), until his retirement in 2010, was the global chairman and chief financial officer of dmrKynetec, a St. Louis-based company now known as Kynetec, which conducts market research around
the world for the agri-business industry.

Block, a CPA, holds bachelor’s and master’s degrees in accounting, the first from Adelbert College and the second from the University of Missouri–Columbia. He has served as a board member for the Master of Marketing Research program at Southern Illinois University–Edwardsville; treasurer for the Council of American Survey Research Organizations; and president of the Shaker Heights Youth Center. He has also mentored young people in Cleveland through the Rotsky Foundation and Youth Opportunities Unlimited. At CWRU, Block has served on numerous committees and helped raise funds for projects such as the Linsalata Alumni Center and the Wyant Athletic and Wellness Center. He is currently a member of the President’s Visiting Committee and the visiting committees for the College of Arts and Sciences and the Department of Physical Education and Athletics. In addition, he is actively engaged with his fraternity brothers from Beta Theta Pi and is the Homecoming and Reunion representative for the Class of 1969. 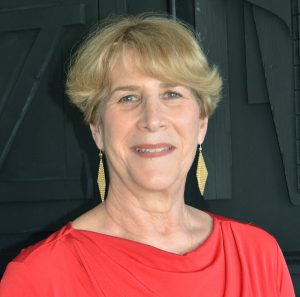 Judy Strauss-Schwartz (WRC ’74) is a teacher of blind and visually impaired children and a consultant to schools and other institutions working with this population. As an orientation and mobility specialist, she helps children with vision loss and other disabilities navigate their surroundings, and she has contributed to her field through articles, book chapters and speeches at state and national conferences. Among other roles and affiliations, Strauss-Schwartz has been a service coordinator and curriculum developer at the New York Institute for Special Education and an adjunct instructor in the graduate programs at Teachers College (Columbia University) and Dominican College. In 2013, she received the Nat Seaman Award from the New York State Association for the Education and Rehabilitation of the Blind and Visually Impaired.

An American Studies major at Western Reserve College, Strauss-Schwartz earned a master of education degree from Boston College. She is a former president and long-standing board member of CWRU’s New York Alumni Association, which presented her with its Adrian Freeman Award in 2003. She has also served on the board of CWRU’s national Alumni Association and the Visiting Committee for the College of Arts and Sciences.

Distinguished Young Alumni of the Year 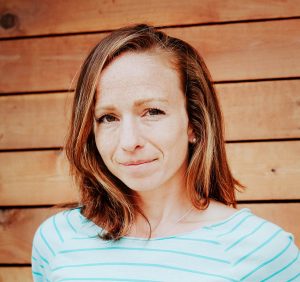 Esther Erb Atkins (CAS ’08), who got her start as a competitive runner at Case Western Reserve, won the U.S. Marathon Championship in 2014. She took part in the 2015 World Championships in Athletics and has qualified for three Olympic marathon trials, placing 11th in 2016. In college, Atkins was a six-time All American, a two-time Academic All American and the 2008 national champion in the NCAA Division III Outdoor 10,000-meter event.

After earning bachelor’s degrees in cognitive science and music, Atkins spent two years in Austria as a Fulbright English Teaching Assistant, taking the opportunity to sing with the renowned Arnold Schoenberg Choir. A former assistant cross country and distance coach at Rider University, she now provides day-by-day workouts and guidance to more than 40 private clients around the world through a coaching collaborative called McKirdy Trained, using online tools and smartphone apps. 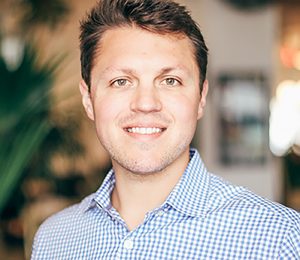 John Knific (CWR ’09) is the co-founder, president and chief operating officer of Wisr, a developer of online platforms that connect college students with alumni who offer them career advice and help them find jobs after they graduate. Launched in 2016, Wisr partnered with CWRU to co-develop its technology, which powers the university’s Alumni Career Network. Since launch, Wisr has grown to service dozens of high-profile institutions across the country and was awarded the 2017 Venture Innovation Award by Arizona State University, competing with more than 250 global education technology companies.

Knific, who majored in biology while studying music (he is a jazz pianist), began his entrepreneurial career as an undergraduate when he and two classmates, Marc Plotkin (CWR ‘09) and Eric Neuman (CWR ‘09), founded a tech startup to manage video auditions for artists and musicians. That firm evolved into DecisionDesk, a web-based admissions management system for higher education. From 2008 to 2016, with Knific as its CEO, DecisionDesk raised $6 million in seed capital and attracted a clientele of more than 100 universities. Passionate about supporting collegiate entrepreneurs, Knific regularly works with teams at the Weatherhead School of Management and the Larry and Sally Zlotnick Sears think[box] in the Richey-Mixon Building.

To nominate graduates of the college or its predecessor institutions for the 2020 Alumni Awards, please contact the college’s office of constituent relations, at collegesupport@cwru.edu. The deadline for nominations is Nov. 30, 2019.