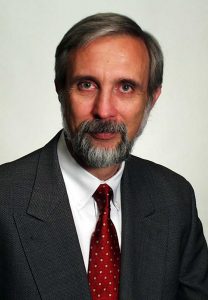 John M. Bertko (CIT ’71) is chief actuary with Covered California, the state’s health insurance marketplace. Early in the COVID-19 pandemic, Bertko led the mathematical modeling that projected the potential one-year financial costs of the outbreak, and he wrote a policy brief based on the results.

Before joining Covered California, Bertko was director of special initiatives and pricing in the Center for Consumer Information and Insurance Oversight at the Centers for Medicare and Medicaid Services, where he helped implement the Affordable Care Act before retiring in 2014. Previously, he was chief actuary at Humana Inc., where he managed the corporate actuarial group and the actuarial staff for its major business units. Bertko has also served as a senior fellow at the LMI Center for Health Reform, an adjunct staff member at the RAND Corporation and a visiting scholar at the Brookings Institution and the Center for Health Policy at Stanford University.

Bertko’s extensive experience with risk adjustment has earned him positions on several public policy advisory bodies. He served on the panel of health advisors for the Congressional Budget Office from 2015 to 2021 and is completing a six-year term on the Medicare Payment Advisory Commission. He is also a member, previous board member and former vice president of the health practice council of the American Academy of Actuaries and a fellow of the Society of Actuaries.

Bertko earned a Bachelor of Science degree in mathematics at Case Institute of Technology and is an active member of the College of Arts and Sciences’ Visiting Committee. 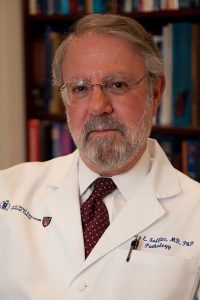 Jeff Saffitz (ADL ‘71; GRS ‘71, ’77, biology; MED ‘78) arrived on campus in 1967 as a member of the first class of the federated Case Western Reserve. Over the next 11 years, he earned his bachelor’s, master’s, doctoral and medical degrees at the university.

After completing his education, Saffitz moved to Washington University in St. Louis, where he spent the next 27 years—first as a resident, then as a researcher and, finally, as a faculty member. Since 2005, he has served as the Mallinckrodt Professor of Pathology at Harvard Medical School and the pathologist-in-chief at Beth Israel Deaconess Medical Center in Boston.

For 12 years, Saffitz was a member of the college’s Visiting Committee. He has served as president of the Society for Cardiovascular Pathology, in leadership roles in the American Heart Association and the Heart Rhythm Society, and on the editorial boards of 10 academic journals.

Watch the video for the online Distinguished Alumni Awards here to learn more about Jeff Saffitz. 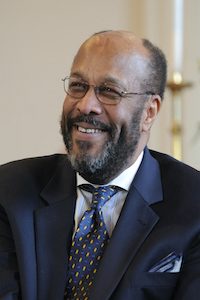 Rev. Marvin A. McMickle (GRS ’88, American studies) has been an influential figure in the Cleveland community for nearly 35 years, serving as pastor of Antioch Baptist Church from 1987 to 2011 and again as interim pastor beginning in May 2020. McMickle led the church in establishing a ministry for people with or affected by HIV/AIDS—believed to be the first of its kind in the country—and instituted a community tithing initiative through which the church donated 10% of its annual budget to community programs and agencies.

McMickle has also served on Cleveland State University’s board of trustees and as president of the Cleveland branch of the NAACP, the Urban League of Greater Cleveland and the Shaker Heights Board of Education.

From 1996 to 2011, McMickle was professor of homiletics at Ashland Theological Seminary in Ashland, Ohio, where he is now professor emeritus. From 2011 to 2019, he served as the 12th president of Colgate Rochester Crozer Divinity School.

The author of 18 books and dozens of articles, McMickle is a member of the Martin Luther King Jr. International Board of Preachers at Morehouse College, the Progressive National Convention and American Baptist Churches USA.

Watch the video for the online Distinguished Alumni Awards here to learn more about Rev. Marvin A. McMickle. 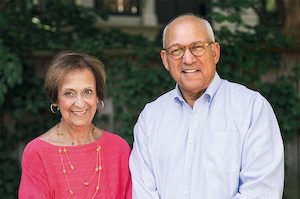 Carol Mann (FSM ’71) and Robert “Robbie” Mann (WRC ’73) are siblings who pursued divergent interests at Case Western Reserve, with Carol studying sociology and Robbie majoring in accounting. However, they share an enduring commitment to philanthropy and service. Their support for the university has expanded opportunities for students and contributed to the well-being of children and families in Cleveland and abroad.

The Manns wanted to give back to their alma mater in a way that would honor their mother, Muriel Hassenfeld Mann, and also “change people’s lives,” Robbie Mann said in an interview in 2017. The Manns first supported the creation of Undergraduate Scholars in Medical Anthropology and Pediatrics, a program in which CWRU students learned to engage with physicians, patients and families at University Hospitals Rainbow Babies & Children’s Hospital. The students were paired with inner-city families and followed them on their journey through the healthcare system. The program also sent students around the world to conduct child-related anthropological research.

Currently, the Manns support the Mann Child Policy Externship program through the college’s Schubert Center for Child Studies. Participating students visit Washington, D.C., to learn about the policy-making process, and they work with local nonprofits and agencies concerned with children and families.

Robbie Mann is an independent consultant and financial advisor at Empire Financial Management, a firm he founded in 2006 in partnership with Universal Wealth Management. He sits on the board of trustees of the American Jewish Joint Distribution Committee in New York and Jazz Aspen Snowmass in Colorado. He is a past president of the Jewish Federation of Rhode Island and served on the boards of M oses Brown School and the RISD Museum in Providence, Rhode Island. Robbie has been a member of the College of Arts and Sciences’ Visiting Committee since 2009, serving as chair until recently.

Carol Mann, who went on to earn a master’s degree in social work from the University of Michigan, started her career in community-based organizations in Detroit. For almost a decade, she was involved in a pioneering effort by the state of Michigan to close mental institutions and place residents in less restrictive settings. Later, she entered private practice, specializing in family and individual counseling. Carol is now retired.

Watch the video for the online Distinguished Alumni Awards here to learn more about Carol Mann and Robert “Robbie” Mann. 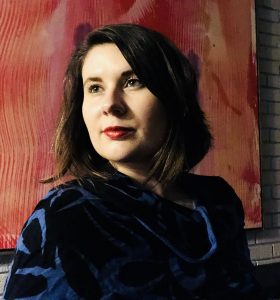 Liz McFarlin-Marciak (CWR ’10) has dedicated her career to guiding others in the art of philanthropy. As a professional philanthropic adviser, she has held positions at Carnegie Mellon University and the Carnegie Museums of Pittsburgh. She is now director of major and planned giving at the Greater Pittsburgh Community Food Bank, where she advises donors on the best ways to help eliminate the root causes of hunger through financial and volunteer support.

After earning bachelor’s degrees in art history and business management from Case Western Reserve, McFarlin-Marciak obtained a Master of Arts Management degree at Carnegie Mellon University, hoping to pursue a career in museum administration. It was there that she took her first courses on fundraising and fell in love with the profession and nonprofit management.

McFarlin-Marciak says her education prepared her to approach “relationship-based work through an analytical lens,” a skill that has helped her raise over $1 million for crucial causes. She is a proud advocate of thoughtful and purposeful philanthropy and truly believes everyone can be a philanthropist. She serves as vice president of The Alumni Association of Case Western Reserve University and has been a member of its board of directors since 2017.

Watch the video for the online Distinguished Alumni Awards here to learn more about Liz McFarlin-Marciak.

Photo of Robbie and Carol Mann by Meagan Emilia Photography. All other photos courtesy of their subjects.